Richard Lee McKim, Jr. (One Who Knows) is attempting to take over Dinarland.  Will Dinarians let this happen or mindlessly follow?

So, again, let's get this straight.... the Mighty Oz, or Bishop, oh wait it is the reincarnation of the Sheriff of Nottingham, has decreed that a group a law 'supposedly' is so secret, that it is not allowed to be spoken of in Washington DC or by anyone in the current government, because it is classified!

So on one hand it is already an act of Treason to tell anyone that it is real by anyone one that has signed on, and therefore into, NESARA/GESARA and the restored united States of America. But at the same time, it is NOW an Act of Treason to say that this "hidden from the public" set of laws is not true???

Is this what I am understanding? ​NESARA/GESARA and the Republic are so secret that no documentation exists ANYWHERE so that someone like you and me can actually read it? Can we practice law with it? Can we stop paying income tax yet? Why is my employer still withholding taxes from my paycheck every two weeks? Why is Trump still making speeches AS THE PRESIDENT? Why are the 534 corrupt members of congress still acting like Senator and House Reps? When will Ryan step up in public and be president?

My Conclusion is this, I think we should send a message to OWKn....

Option one: Take a poll, let it run a couple days.

Option 2: All of us that are B,C, or D on the above list sent you an email per OWKn's request to add their own name to that list.

What do you think Patrick?

I think OWKn is in need of a xanax (or 5) at this point! He is loosing his mind.

But I will state here and now I don't not know if NESARA/GESARA or the restoration of the Republic is real or not. I see NO proof that it exists in any form other than in some people's channeled imagination.

I just don't understand why people believe anything OWKn posts. is the world population really this brain dead? Are people hopes and dreams so crushed that believing this nonsense is better than facing their own lives??? I really do not understand.

Either way Patrick, Add my name and email to that list of disbelievers. Because, in a court of law, I would have to say, in my opinion, NESARA/GESARA and the restored Republic, do not yet exist.

P.S. treason
ˈtrēzən
noun
the crime of betraying one's country, especially by attempting to kill the sovereign or overthrow the government.

I​ think the word that OWKn is really looking for is:

If you choose to venture out on thin ice, please don't ask us to follow you. It's a fool's errand. Believing NESARA or RV will or won't happen in one thing. Promoting that belief on websites and trying to state as a matter of fact that it doesn't exist, however, is venturing into cabal territory. Ie. You're walking in thin ice. Looks like operation sand paper has it's poster child.

And don't tell Patrick what to do. You can say please and ask like a civilized person.

Gentleman I believe in freedom of Speach but I have been fighting for the Underdogs as Well, therefore I believe in NESARA/GESARA as well, so since this is not a confessional I am pointing this out to you as well, MacMandeere is insighting animosity and taunting you you both, my suggestion is that you find a way to limit his posts until all is "fait-accomplit".

Then I pray that freedom of speech is returned.

Why would one waste so much time and energynto rally against something they DO NOT believe in? Your disrespectful and negative stance toward OWK is disgustingly childish. It is perfectly fine to disagree...it is NOT fine to attack because you are in the midst of a negative spiral/poutfest.

Who sticks around in a place they DO NOT agree with? Maybe YOU need 5 Xanax. Go about your life and allow those that DO believe to continue forward....it is completely your choice to remain in 3D...COMPLETELY.

Your post provided nothing but insight on how your mind works. Please....go where your venom and disrespect are welcome...for it is NOT here. 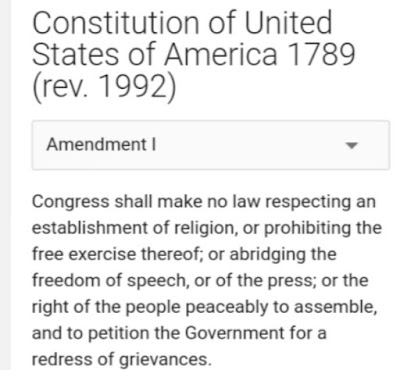 Someone asked Winston Churchill during WWII to cut art and music funding for the war effort.

"Then what are we fighting for?"

Free speech is the staple of our Freedom and now we are being threatened here on DC if we do not follow the narrative...

Plan on telling us how to spend our blessings as well and that we must wear polkadot socks?

Plan on telling us how to spend our blessings as well and that we must wear polkadot socks?


So doing my surfing this morning I found this.

I'm not really sure if this is what you are looking for.

I kinda liked alot of what I found.

However owk asked for people saying they created NESARA or it's not going to happen.

This guy says he created a new financial system, Astral, that new agers are mistakenly calling NESARA... That NESARA as a term is hijacked by cabal (all this is on a may 14 post which has a link to his new Astral system and this link)