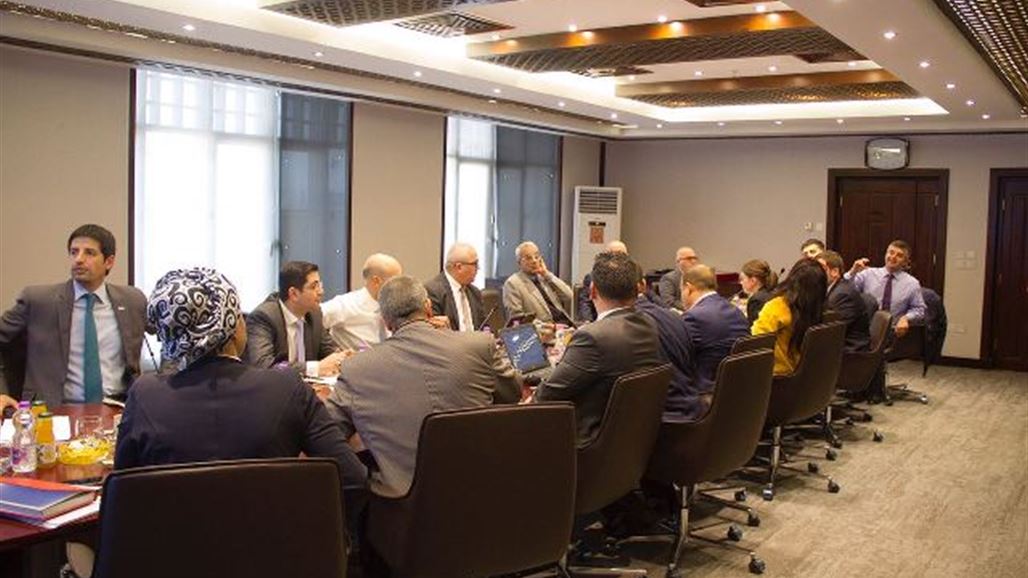 Alsumaria News / Baghdad ,
praised the delegation from the US Treasury, Wednesday, procedures of the Central Bank of Iraq to combat the financing of terrorism and money laundering.

The bank said in a statement Alsumaria News received a copy of " The delegation that visited on Wednesday the Iraqi Central Bank discussed and listen to the proceedings , particularly the mechanisms that have been applied over the past year regarding the advanced electronic and software used by the bank for the first time."

The bank said that " the delegation expressed surprise at the speed and efficiency of the use of such programs and standards set by the Bank with the help of the international audit office (KPMG) and on the organization of dollar selling operations and control through degrees of compliance of each bank for all the rules to comply with the law against money laundering and terrorism financing No. 39 of 2015 ".

He said the bank that he "gave the delegation of the US Treasury detailed explanation about the electronic system applied by the bank to monitor the movement of the dollar sold also discussed a broad training program , which will begin by the central bank soon delegation , which aims to train and rehabilitate the bank staff working in the field of control and supervision."

The US Department of the Treasury is an executive department responsible for treasury federal government of the United States was established by a resolution of Congress in 1789 to manage the government 's revenues, and the Treasury from time to time to impose sanctions on some of the banks that finance terrorism, while the Central Bank of Iraq in coordination with the US Treasury on policy cash sales dollar in the bank 's auction.

Page 1 of 1
Permissions in this forum:
You cannot reply to topics in this forum
Who is online?
In total there are 46 users online :: 0 Registered, 0 Hidden and 46 Guests :: 4 Bots