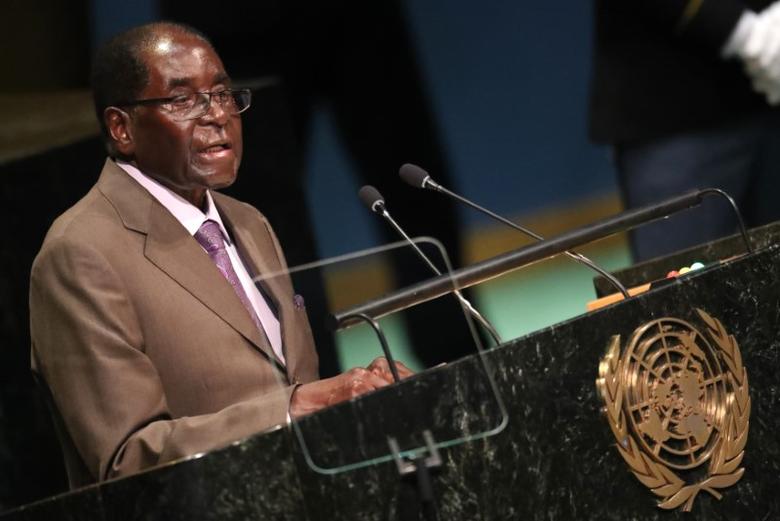 Zimbabwean human rights lawyers asked the High Court on Tuesday to strike down a decree by President Robert Mugabe allowing the introduction of "bond notes", which have raised fears of a return to a local currency.

Mugabe used his presidential powers on Oct. 31 to amend the Reserve Bank of Zimbabwe Act, designating bond notes as legal tender that will be equivalent to the U.S. dollar.

Zimbabwe scrapped its own currency in 2009 after inflation hit 500 billion percent, wiping out savings.

The central bank says bond notes are meant to ease crippling cash shortages, but this is stoking concerns it could open the door to rampant printing of cash, as happened in 2008.

In a court application, the Zimbabwe Lawyers for Human Rights {ZLHR) asked the court to set aside Mugabe's decree arguing that the veteran leader had no authority to do so.

ZLHR lawyer Dzimbahwe Chimbga said presidential powers were only used in emergencies and the bond notes law was not an emergency since the government first announced their introduction in May this year.

"He usurped the powers of parliament by making himself the lawmaker and in any event the Presidential Powers Act does not allow him to act in a manner that he did," Chimbga said.

The High Court is expected to hear the case this week.

Zimbabwean banks are limiting daily withdrawals to between $40 and $100 due to cash shortages, which has also seen some firms struggle to repatriate dividends and pay foreign debts.

Memories are still fresh of the hyperinflation considered by the International Monetary Fund as the worst for any country not at war.

The crisis led to the release of the 100 trillion dollar Zimbabwean dollar note - the single largest known bill to be printed by any central bank. Shoppers carried stacks of money in plastic bags as prices changed several times daily.

The introduction of the U.S. dollar as the official currency in 2009 halted the sky-high and accelerating inflation.

Page 1 of 1
Permissions in this forum:
You can reply to topics in this forum
Who is online?
In total there are 64 users online :: 0 Registered, 0 Hidden and 64 Guests :: 2 Bots