I just wanted to add, for your consideration, a little history on Yahweh that is based off the ra: law of one material.( a vetted source IMO) best i understand it there were two different Yahweh that presented themselves. One tru one then another that arrived around 3600 years ago around the time of the 10 commandments, which was the false one. The false one was allowed to co-opt the name and present himself as Yahweh around the time of the ten commandments due to certain factors affecting Moses (Moishe) at the time. But this 2nd entity that presented himself as Yahweh was a negatively oriented Orion group member and this was during a time when the spill over from the galactic war was more apparent imo.

I also want to add that I thouroughly believe in Yosef's sincerity and in the information he is giving. Yea there have been some hiccups and upsets but at the end of the day everyone, and I mean everyone, no matter how it looks, is just doing the best they can with what they know and have. So in that light I just wanted to add this tid bit of info regarding Yahweh because there is also a positively oriented being by that name. If you go to www.lawofone.info and do a search for Yahweh you will find really good information on the subject. Esp the fact that he was part of the positive Confederation and what he did while he was here and how he tried to help.

"Ra: I am Ra......An entity of the Confederation, many, many thousands of your years in the past, the one you may call “Yahweh,” had, by genetic cloning, set up these particular biases among these peoples who had come gradually to dwell in the vicinity of Egypt, as well as in many, many other places, by dispersion after the down-sinking of the land mass Mu. Here the Orion group found fertile soil in which to plant the seeds of negativity, these seeds, as always, being those of the elite, the different, those who manipulate or enslave others.

The one known as Yahweh felt a great responsibility to these entities. However, the Orion group had been able to impress upon the peoples the name Yahweh as the one responsible for this elitism....."

" 16.13 Questioner: Well, the Confederation established its quarantine I understand seventy-five thousand years ago. Has the Orion group been attempting to contact any part of this planet prior to that or… did they… how long have they been attempting [inaudible] contacting this planet?

Ra:.........Since approximately two three oh oh, two thousand three hundred [2,300]*, years ago in your measurement this group has constantly been working upon the harvest just as the Confederation.

Ra: I am Ra. This entity named by your peoples, Yahweh.

16.15 Questioner: Can you tell me the origin of the Ten Commandments?

Ra: I am Ra. The origin of these commandments follows the law of negative entities impressing information upon positively oriented mind/body/spirit complexes. The information attempted to copy or ape positivity while retaining negative characteristics.

16.16 Questioner: Was this done by the Orion group?

"16.18 Questioner: Was the recipient of the laws… of the Ten Commandments positively or negatively oriented?

Ra: The recipient was one of extreme positivity, thus accounting for some of the pseudo-positive characteristics of the information received. As with contacts which are not successful, this entity, vibratory complex, Moishe, did not remain a credible influence among those who had first heard the philosophy of One and this entity was removed from this third-density vibratory level in a lessened or saddened state, having lost what you may call the honor and faith with which he had begun the conceptualization of the Law of One and the freeing of those who were of his tribes, as they were called at that time/space.

16.19 Questioner: If this entity was positively oriented, how was the Orion group able to contact him?

Ra: I am Ra. This was an intensive, shall we say, battleground between positively oriented forces of Confederation origin and negatively oriented sources. The one called Moishe was open to impression and received the Law of One in its most simple form. However, the information became negatively oriented due to his people’s pressure to do specific physical things in the third-density planes. This left the entity open for the type of information and philosophy of a self-service nature.

16.20 Questioner: It would be unlike an entity fully aware of the knowledge of the Law of One to ever say “Thou shalt not.” Is this correct?

Re: "More Information Regarding Yahweh" - Anonymous 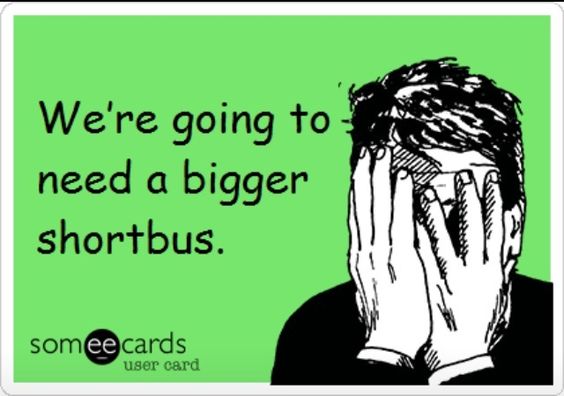 Page 1 of 1
Permissions in this forum:
You cannot reply to topics in this forum
Who is online?
In total there are 104 users online :: 4 Registered, 0 Hidden and 100 Guests :: 2 Bots