Garry Mcguire (Wingit) Wants Somebody To Be Right One Time

Garry Mcguire (Wingit) Wants Somebody To Be Right One Time

On the last calls, everybody has heard Garry Mcguire wanting somebody to be right one time, but he completely ignores all the people who have been right.

There are several DOJ warnings, a FBI and IRS investigation, and many dealers in the court system (some convicted and I don't mean TNT Tony).

If you were to post it to his (now defunct) forum, you would be banned. Garry has asked for folks to send him a tweet, only to be blocked.

Need more? How about the IMF, WB, UST, UN, and several leading economists on major media outlets. Have you read for yourselves properly translated CBI articles?

Oh, but you say the "PTB" is controlling this and holding this up?

Are they doing this on a global scale and not one person, with any credentials, can confirm this "Event", "Blessing", or just plain "RV"? Not one leak world wide?

One of the other many items that Garry has said is that he isn't marketing anything? Yet the "Soil Dude', "Boss Lady", and the "Trust Guy" are constantly on the calls.

Now ask yourself how many of the other Guru's sell, or otherwise make money, from targeting Dinarians?

As long as money is to be made from marketing Dinarians, there will not be the magical "RV" as the Guru's claim. That's the scam, not the currency itself.

Re: Garry Mcguire (Wingit) Wants Somebody To Be Right One Time

He is an absolute con man. The thought that he has any intel whatsoever is comical. He has people on his call to disperse intel, and none of them has the foggiest idea what's going on in global finance.  Iko tries his best, but he's a hot mess when he tries to explain how an RV can be isolated in a specifically chosen bank or in a specifically chosen country (hint: it can't).

You shall know them by their fruits - and everything McGuire touches is rotten to its core. 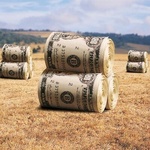 Re: Garry Mcguire (Wingit) Wants Somebody To Be Right One Time

I've heard the same thing from members in dinar forums. They get fed up with the guru BS and say "is there anybody who really knows what's going on?" Then I would tell them the truth and get called a lopper or a Debbie Downer or a troublemaker and my post would be deleted and I would be warned or banned as a result. They say they want the truth but they don't. They want you to feed their fantasies.
*****************
Busting Gurus Since 2011