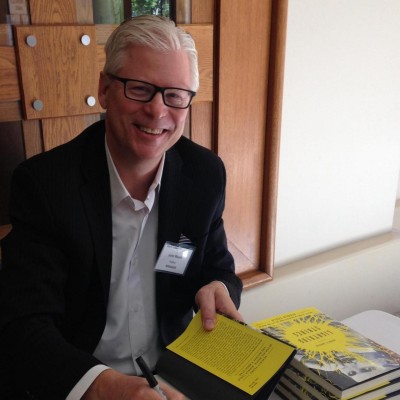 John Wasik ,
Contributor
This blog is about financial deceptions, swindles and costly untruths.
Opinions expressed by Forbes Contributors are their own.


The Iraqi Dinar revaluation scam has entered a new phase while untold thousands continue to hold onto the troubled currency.

The U.S. Securities and Exchange Commission (SEC) recently filed a complaint against Joshua Jay Hansen, 34, of Logan Utah, for attempting to swindle investors in a dinar scheme.

Hansen allegedly was offering securities that invested in dinars, which were sold to investors with the promise that the Iraqi government would revalue the currency at a much higher value.

As you can see from the headlines, Iraq is still imperiled as it battles the Islamic State to extract it from major cities such as Mosul. The terrorist group, inflaming sectarian violence, has killed thousands of Iraqis.

None of this political turmoil has stopped dinar sellers, who have promised overnight wealth — for the past decade or so. They have sold the currency to Americans, although they have no guarantee that the currency will ever be revalued to benefit investors.

In the latest, cruel twist in the ongoing dinar delusion, Hansen claimed he had inside knowledge about the Iraqi government. Then he proceeded to take investors’ funds based on that pitch. He recently plead guilty to criminal charges and is awaiting sentencing.

Here’s what the Deseret News reported:

“Hansen told investors from 2009 to 2016 that he and his business partner had special security clearances to invest in Iraqi dinar and oil contracts with various foreign governments and large oil companies, the complaint says. Forty-six investors put money into the scheme on promises of `spectacular’ returns from 10 percent to 15,000 percent in 90 days, according to the SEC.

Hansen allegedly told investors that the investment risk was low and that the returns were `not a matter of if, but when.’ He claimed his role in the transaction was to travel around the world on military planes to meet with people who owned massive amounts of Iraqi dinar to make a deal with them and that the U.S. government would follow behind him to pick up and authenticate the currency, according to the SEC.”

That’s quite a tall tale. “The SEC alleges he knew the investments weren’t profitable, that he didn’t have access to a $4 billion bank account and that he used investor funds to pay for his personal living expenses. Hansen signed a settlement agreement with the SEC admitting to violating securities law and agreeing pay back the $1.7 million, according to court documents.”

Have you bought any dinars and want to report the vendor? The FBI is interested in hearing from you. Here’s another warning.

While I have no idea what’s going to happen in Iraq — I pray for an end to the violence — you’d be much better off investing in high-dividend stock funds. They pay quarterly and don’t promise outlandish returns.

You won’t get rich overnight, but in the majority of cases, you’ll earn a little money — and not lose everything.

OH REALLY.......Better go out and buy up a whole new batch of Dinar Wall board patch.,..