Harvest Moon eclipse: When and where to see the last eclipse of 2016

The Harvest Moon will fill the sky on Friday night and, for some people across the globe, it will bring a special event - a lunar eclipse.
Friday night's lunar eclipse will be the final eclipse of the year and will be visible across Europe, Asia, Africa and Australia. Those across North America and South America will have to wait until 2017 to see another eclipse.
The Harvest Moon eclipse will be a penumbral lunar eclipse, which is different from a total eclipse.
During a total lunar eclipse, the moon passes through the umbra, or the darkest part of the Earth's shadow. This darkens the moon and can cause the moon to appear a red or orange color.
However, during a penumbral lunar eclipse the moon only passes through the penumbra, the outer part of the Earth's shadow. This is not as dark as the umbra, but it still causes some shading on the moon. 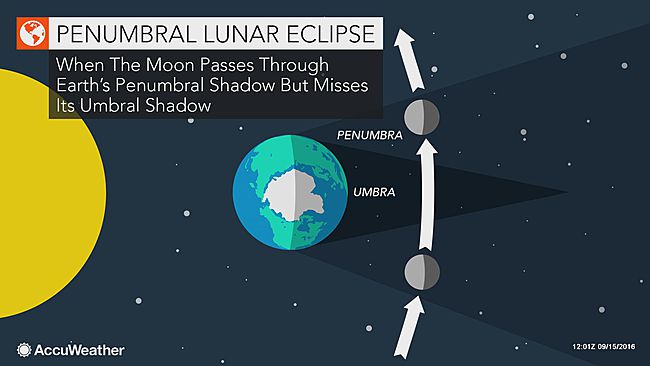 Penumbral lunar eclipses can be difficult to notice at first, but those gazing at the moon on Friday night should be able to spot some shading over a corner of the moon.
People will be able to see the eclipse without any special equipment; however, the shading will be more noticeable for those with binoculars or telescopes. 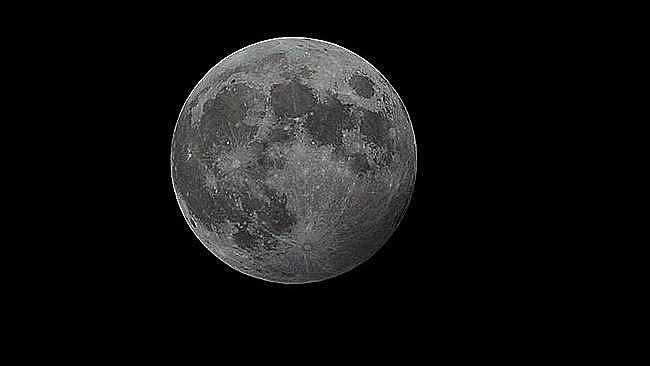 A view of the moon during a penumbral eclipse on Oct. 22, 2013. (Photo/AccuWeather Astronomy Fan Dana W.)
RELATED:
AccuWeather Astronomy Facebook page
Blue Origin announces big 'New Glenn' rocket for satellites and crew launches
Long lost Philae comet lander found after nearly 2-year search
The Harvest Moon is one of the most well known full moons of the year and is the name given to the full moon closest to the Autumnal Equinox. This usually occurs in September, but on occasion, it can fall in October.
In the Northern Hemisphere, this full moon usually falls around the time that farmers are preparing to harvest their crops.
"This full moon's name is attributed to Native Americans because it marked when corn was supposed to be harvested," according to the Farmer's Almanac. "At the peak of harvest, farmers can work late into the night by the light of this moon."
The full moon in September also goes by the name of the Full Corn Moon, the Barley Moon, the Worm Moon and the Crow Moon.

That's right! It is OK to see something besides dinar BS and the comments that follow once in a Harvest Moon.

Don't let this confuse you Tom. I will occasionally post something from REAL life here. LOL

Purpleskyz, Would you mind if I use the 1st picture as my profile picture?

Most users ever online was 2065 on Mon Apr 09, 2012 5:34 pm
Latest topics
» Head of a bloc: the complexity of dealings with oil companies in Kurdistan has caused disruption to pass the budget

» The exchange of the dollar into two prices, starting from 120 up to 145 thousand: a "new plan" that is applicable to the end of the crisis in Iraq

» Barry Evans says that Iraq is misdirecting the Gurus (More Reason Not To Listen To Them!) 2/22/21

» Iraq is on the edges of economic recovery in two areas?

» MarkZ says -- everybody is staying in position. this thing is imminent

» Footforward says -- Most likely the banks will exchange a small amount into cash, maybe 10K

» MilitiaMan says -- Looks like Iraq has been given the GREEN LIGHT!! ...