DSS
Bill I broke my phone and lost your number can you plz text me so I have it again? My last numbers are 1144

ADMINBILL
SORRY. I CANNOT FIND A NUMBER WITH THOSE NUMBERS. PM ME


ADMINBILL
I LEAN MORE TO THE PRIVATE GROUPS SEEING ACTION SOON. THAT MAY BE AUGUST OR IT MAY BE SEPTEMBER. I DO NOT BELIEVE THE PEOPLE PUTTING THIS TOGETHER WANT TO BE CLOISTERED TOGETHER ANY LONGER. THEY HAVE FAMILIES AND WANT TO GO HOME BUT WITH THE MISSION COMPLETED CORRECTLY.


scotchie
""""IT IS A PROCESS. WE MAY SEE AN END THIS MONTH OR POSSIBLY LATER THIS YEAR.""""

Or possibly next year. The "Internet Group" is a fantasy, made up by some guru along the way. IF 800 numbers are released, it will be around the world in seconds.


ADMINBILL
SO YOU ARE CALLING ME A LIAR SCOTCHIE? NOW I AM GOING TO DEMAND THAT YOU PUT UP OR SHUT UP. GIVE ME AND WSOMN YOUR SOURCES OR AT LEAST ABSOLUTE REASONS WHY YOU BELIEVE THE  WAY YOU DO. AND NONE OF THE BS THAT YOU HAVE ALREADY DONE IT IN THE PAST. WON'T WASH ANYMORE. DO IT BY 9PM EASTERN TONIGHT OR I WILL DELETE YOU FROM THIS SITE. ENOUGH IS ENOUGH.

I had no idea that my OPINION would be considered calling someone a liar, especially when my comments were not directed to anyone. I certainly apologize if anyone takes anything I say personally.

My main reason for predicting a longer than shorter period for a revaluation is because the CBI announced last May they will not act on anything until ISIS is out of the country. I have always based my analysis on that fact. If, perhaps, that statement was falsified by someone else, I have no idea.

Additionally, the World Bank and IMF are deeply involved in the day-to-day activities of Iraq. Loaning Iraq 5 billion dollars, and to have Iraq, out of nowhere, revalue its currency makes no sense to me. The 5 billion would be unnecessary.

I have no sources. Never considered my opinion to be BS!! I have my research and common sense. I have NEVER called a date or a rate. I give timelines based on what my daily news feed and other posts tell me.

Certainly if you feel I am not an integral part of WSOMN or I am intentionally telling lies or fabrications, you have the right and ability to delete me. If so, I wish all my WSOMN family the best.

Six years ago a good friend of mine called me from Boise, Idaho to tell me that the Iraqi dinar was going to revalue, and that President Obama signed off on it....and I should buy dinar ASAP.  I did, with no strings attached to this revaluation.  Through the years more strings have been attached to this simple currency exchange than you see in a puppet show, imo.  Personally, I had no part in any of them, and have doubts most are true.  I trust my opinion counts, thank you.

Yo, Admin dumbass,, you ain't left yet? And take all the rest of your assh@!* buddies with your sorry ass- You wouldn't and couldn't tell the truth if you were strapped in Pennsylvania's extra high amperage electric chair-....

@Ssmith wrote:
WSOMN 08/28/16 (SUNDAY) - STAY UPDATED - GO TO CURRENT INFORMATION FOR MEMBERS & NON-MEMBERS IN THE FORUM BELOW - OPEN TO EVERYONE''

Well Bill...What are your facts?

Yes, to be concise, AdminBill has the freedom to state a fact-free, pure opinion authoritatively, and then scotchie does the same and is called on the carpet with threats of being banned.  Scotchie explicitly states his "sources" and the "facts" on which his opinion is based AND that he has no "sources".  AdminBill then declares scotchie is "dodging" and demands the facts upon which scotchie's opinion is based.

The painfully obvious reality here is that AdminBill is extremely intolerant of a contrary opinion. Somehow in this speech-suppressive culture of currencyland, it's deeply offensive to state an opinion without warning and apologizing for it first - if that's even sufficient. The credibility bubble is so very fragile among the currencyland blog/chat sites, they must castigate even well considered objectors. 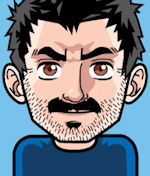 TheRealRex, you are correct-Your basic 'pot' calling the 'kettle' black genre- Common theme on most of those sites- What's good for the goose, should be good enough for the gander...... :yes:

Look out scotchie! Run now! Uncle Bill is on a rampage!

Yep- His diaper is full, and he can't get the tapes unstuck, and diaper rash to beat the band..... :winky winky:

AdminBill didn't even wait until the 9pm deadline.

Scotchie will never buy a new suit from him now!

Hiding behind your "BAN" button Bill?

Umm .... I'm pretty sure you were the bridge burner Bill .... guess you couldn't deal with anyone having the temerity to question your wonderful intel. I guess I can understand given your flawless record of being wrong.

WOW WILLIS YOU'RE REALLY A BIG PRICK WITH A STUBBY DICK

WOW I'M A POET THAT DON'T KNOW IT LMAO!! I'LL HAVE TO GET PERSONAL INFO BACK UP AGAIN MONDAY AFTERNOON  PLUS I'M EMAILING THIS TO U WILLIS ON A NEW EMAIL ACC SO YOU'LL OPEN IT

As everyone has pointed out: this is blatant hypocrisy on ADMINBILL's part. Scotchie did what he was asked to do, which was to give the reasons for his point of view.


ADMINBILL is not even trying to be subtle about this. However, no doubt his faithful followers will just continue to bury their heads in the sand.
*****************

Indeed, and take it in the 'rear' when nobody's lookin'- Give them some self reliance in the process-

Damn, I swear that if my aunt had a penis, I'd call her my uncle!! WTF is it with Admin Bill and his 'altitude'? Personally, I think he needs to come down off what horse he seems to think he's riding, and get rid of his site, people have been banned from there more than the Titanic had operative life boats, and that was 16!! What a douche bag this m'fr is-

» Walkingstick & Frank26: "within the next two weeks the CBI will be introducing all the information on the new small category notes and the new exchange rate for the Iraqi dinar" (LOL!) 9/14/21

» MarkZ: "More of them are seeing more dollars in accounts in preparation for the release" (Like Who? Hasn't That Nonsense Been Going On For The Last Decade? LOL) 9/14/21

» The appearance of Muhammad Salih to / Nina /: The rise in oil and non-oil revenues is the basis for ending the deficit in the upcoming budgets

» Oil reliance sedating an unimmune Iraq: petroleum accounts for 92% of the state income