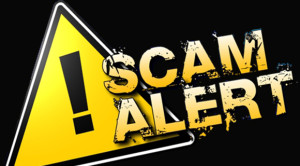 Currencies are often traded in large blocks between financial institutions for their own accounts or on behalf of large, multinational corporations and investment funds.

Due to its volatile nature, investing in the Foreign Exchange (Forex) Market can be risky.

The Florida Office of Financial Regulation (OFR) strongly encourages consumers to consider the risks carefully before investing in any foreign currency and understand how to identify a scam before it occurs.

Foreign currency scams, such as bogus trading in the Egyptian Pound and the Iraqi Dinar, are commonly used by scammers today.

Fraudsters will often suggest that an investor can profit from investing in an undervalued currency that is certain to appreciate in value quickly.

Most frequently, these scammers advertise that the growing economy will result in a stronger currency when, in reality, the currency becomes weaker.

It is also important to consider where a foreign currency is redeemable before investing.

In the case of the Iraqi Dinar, it is not generally sold or purchased through U.S. banks. Thus, they are unable to convert the currency into U.S. dollars.

Be familiar with these red flags of a Forex Scam. A scammer may:

It is illegal in the U.S. to market an investment without appropriate securities industry registration.

Some scammers will also register with the U.S. Treasury as a Money Service Business (MSB) in order to generate the impression of registration and government regulation. It is important to remember that MSB professionals are not licensed to market an investment.