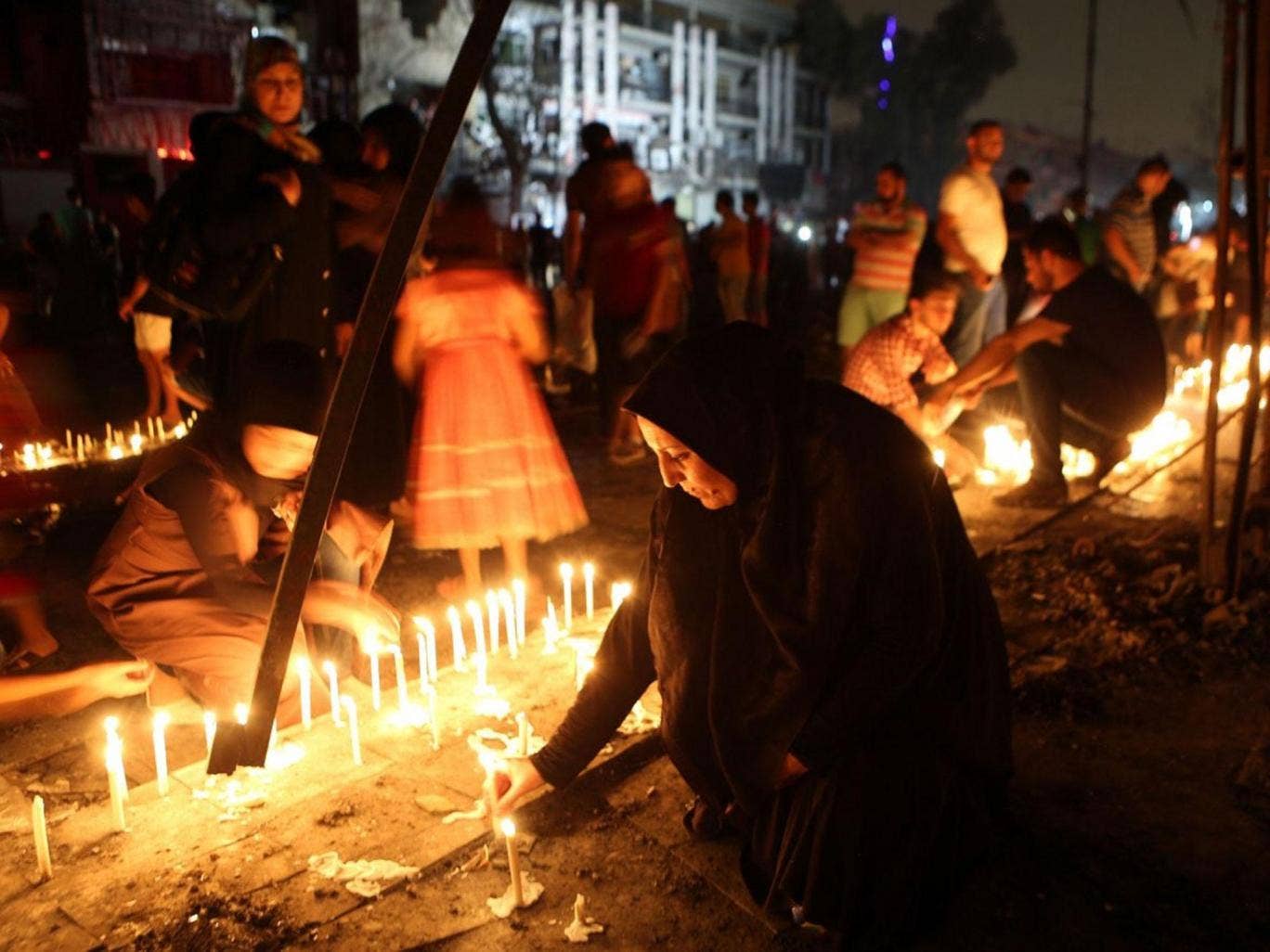 People light candles at the scene of a massive car bomb attack in Karada, a busy shopping district where people were shopping for the upcoming Eid al-Fitr holiday, in the center of Baghdad, Iraq, Sunday, 3 July, 2016 AP

Prime the Minister's iraq has ordered the country's security forces to stop using fake bomb detectors at checkpoints, after 165 people were Killed in an Isis bomb attack in Baghdad.

Haider al-Abadi also ordered an investigation at the interior ministry into "corrupt deals" to buy the fake bomb detectors, known as ADE 651.

Novelty golf ball The finders were sold to Iraq and nations : other color : as hand-held bomb detectors by vBulletin® British conman James McCormick .

Was McCormick sentenced to 10 years in jail for Endangering lives for "obscene profits" in 2013.

The former policeman made ​​$ 75 million ( £ 48 million) from the Iraqi government alone.

Iraqi and foreign officials have linked the recent increase in Iis attacks -especially large-scale suicide bombings - with the string of battlefield losses the extremist group has faced over the past year.