U.S. on high alert this July 4th weekend airport security to bulk up after Istanbul attacks

U.S. on high alert this July 4th weekend airport security to bulk up after Istanbul attacks

In the wake of the terrorist attack in Istanbul, travelers can expect longer than average wait times at airports throughout the United States this Fourth of July weekend.

“The agency continues to monitor the situation in Turkey and is collaborating with federal, state and local law enforcement partners to include the FBI Joint Terrorism Task Force,” the authority said in a statement. “Today’s action is in addition to the diverse counterterrorism patrols at various Port Authority facilities following the attack on an Orlando club earlier this month.” 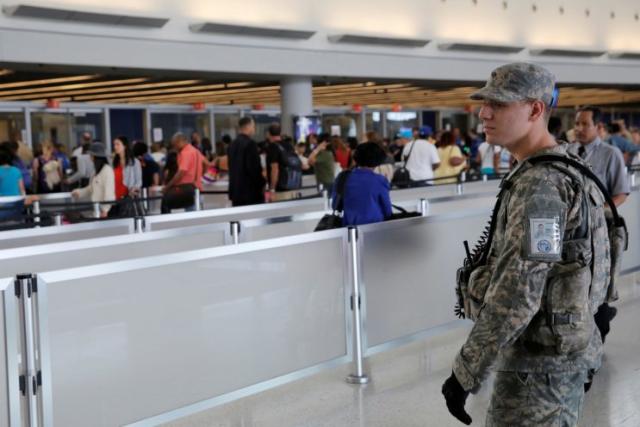 This heightened security resulted in a brief bomb scare at JFK’s Terminal 5 around 8:30 a.m. Wednesday, when a K-9 unit found an unattended bag. A bomb squad was called in, the area was evacuated and the roadways to the area were closed, according to PA spokesman Joe Pentangelo. But police quickly cleared the package and the terminal resumed normal operations.

The Los Angeles Airport Police Division said there are currently no credible threats against Los Angeles International Airport (LAX), but that it is constantly assessing intelligence and events in the U.S. and abroad.

TSA checkpoints at Los Angeles International Airport, May 31. (Photo: Mario Anzuoni/Reuters)
“In light of the violent attack at Ataturk Airport in Istanbul, Turkey, and the upcoming July 4th holiday travel period, we remain vigilant in our mission,” the division said in a statement.

Rob Pedregon, a public information officer with Los Angeles Airport Police, told Yahoo News they had already implemented enhanced security measures for the holiday weekend before the attack.
“Fourth of July, of course, is a big day for all of us, the anniversary of the birth of our nation. It’s a big holiday, and that’s not lost on terrorists. We knew that coming into this,” he told Yahoo News. 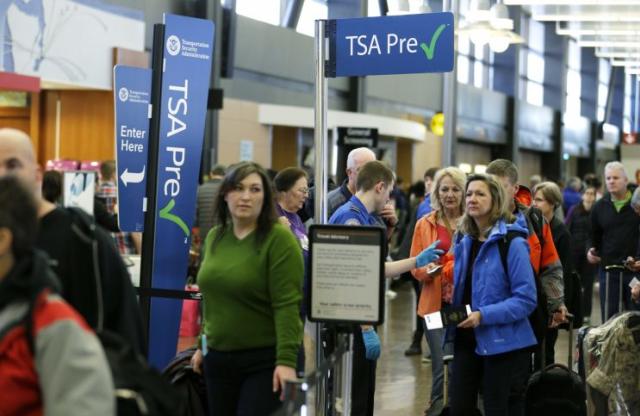 Travelers authorized to use the TSA’s expedited security line at Seattle-Tacoma International Airport have their documents checked in March. (Photo/Ted S. Warren/AP)

Pedregon said they shifted resources toward LAX security as well because they expect the airport to get a record number of travelers this weekend.

Kimberly Gibbs, a spokesperson for the Metropolitan Washington Airports Authority, said that the safety of their passengers and airport employees is always their top priority.

“Reagan National and Dulles International airports have a robust security structure, both publicly visible and behind the scenes,” Gibbs said in a statement. “We constantly train our employees and evaluate our security procedures, in collaboration with our federal partners and local mutual aid partners, to make adjustments, updates and enhancements based on new information and situations.”

Virginia Gov. Terry McAuliffe told local radio station WTOP that his state’s airports “already had heightened security” but that they’ve “taken it to the next level” after consulting with the commonwealth’s top transportation and safety officials.

At Dallas-Fort Worth International, a handful of TSA agents and two bomb-sniffing dogs were present when American Airlines flight 2880 arrived early Wednesday from Santa Fe, N.M. Hilbert, a yellow Labrador retriever, sniffed all the gate-bagged checks coming off the flight and made a pass through the small regional jet. 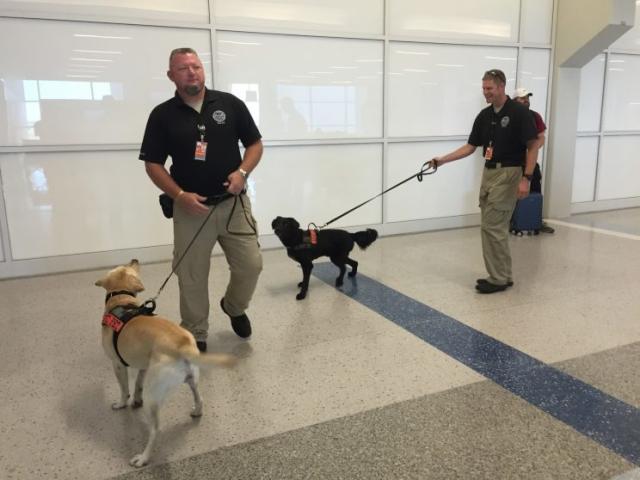 Hilbert and a second dog, a black Lab, continued to canvass other gates after finishing with the Santa Fe flight.

Some travelers have already started to vent their frustration with security lines on social media.

Much of the holdup, however, will be completely unrelated to recent terrorist attacks: Independence Day weekend is ordinarily one of the busiest travel periods of the summer.

The American Automobile Association projects that nearly 43 million Americans will travel this from Thursday through Monday by car, plane, train or cruise ship. That’s 5 million more than last year and the highest Fourth of July travel volume on record, according to the trade group.

The TSA advises travelers to arrive two hours prior to departure for domestic flights in anticipation of a drastic increase in travelers for the holiday weekend.

Presumably in an effort to speed lines along, the TSA is using social media to remind passengers of how to prepare for flights. The TSA told Independence Day travelers to leave behind firecrackers and other types of fireworks, which are prohibited in both carry-on and below-board bags.

Stories of customer frustration over long TSA lines have been in the news for months. Many travelers have been detained in security lines for so long that they wound up missing their flights. The national president of the American Federation of Government Employees is among those who attribute the slowdowns to the TSA being understaffed.

A representative for the TSA declined to comment when contacted by Yahoo News for this story.

Page 1 of 1
Permissions in this forum:
You cannot reply to topics in this forum
Who is online?
In total there are 100 users online :: 0 Registered, 0 Hidden and 100 Guests :: 3 Bots

Yesterday at 5:11 am by Stansberrya