[size=30]Highly sensitive people: latent inhibition and creativity[/size]
One aspect of high sensitivity is increased sensory input. There are some intriguing research studies on how this works at the level of the brain and nervous system, and how it affects creative ability.
One study, for example, found that the brains of creative people appear to be more open to incoming stimuli from the surrounding environment. 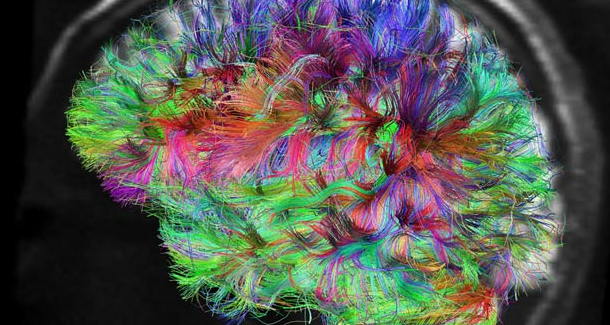 “Decreased Latent Inhibition Is Associated With Increased Creative Achievement in High-Functioning Individuals,” Journal of Personality and Social Psychology, September 2003 – see PDF)
Another article quotes one of the authors, Shelley Carson, a Harvard psychologist: “Scientists have wondered for a long time why madness and creativity seem linked, particularly in artists, musicians, and writers.
“Our research results indicate that low levels of latent inhibition and exceptional flexibility in thought predispose people to mental illness under some conditions and to creative accomplishments under others.”
[From Creativity tied to mental illness,  By William J. Cromie, Harvard University Gazette.]
A University of Toronto press release on the study explained, “Other people’s brains might shut out this same information through a process called ‘latent inhibition’ – defined as an animal’s unconscious capacity to ignore stimuli that experience has shown are irrelevant to its needs.“Through psychological testing, the researchers showed that creative individuals are much more likely to have low levels of latent inhibition.
“This means that creative individuals remain in contact with the extra information constantly streaming in from the environment,” says co-author and University of Toronto psychology professor Jordan Peterson.
From article Creative people more open to stimuli from environment.
The Eide Neurolearning Blog post titled The Biology of Creativity – Right Hemispheric Thinking, Problem Solving by Insight, and Diffuse Attention refers to studies on attentional style and creativity, including a Northwestern University study that references the above “Decreased Latent Inhibition…” paper and notes, “…psychometric measures of creativity and measures of real-world creative achievement are associated with a habitual tendency toward diffuse rather than focused attention, which results in ineffective filtering of distracting or irrelevant environmental stimuli.”
Elizabeth Mika (director of Gifted Resources in Northern Illinois) has commented that this study and other research in clinical psychology and psychiatry support psychiatrist Kazimierz Dabrowski’s conclusions on the relationship between creativity and overexcitability (not called that in the studies). See her article Theory of Positive Disintegration as a Model of Personality Development For Exceptional IndividualsOverwhelm and overload 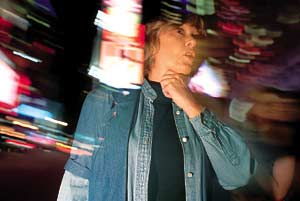 [size]But overexcitability and the related phenomenon of decreased neural inhibition can result in overload and even disorder.
In his Psychology Today blog Beautiful Minds, in the post Schizophrenic Thought: Madness or Potential for Genius?, Scott Barry Kaufman comments on this dark side of high sensitivity:
“Throughout our daily lives we experience an influx of emotions, sensations, and sounds,” he writes. “If we had to consciously decide at all times what to ignore and what to pay attention to, we would quickly become overstimulated.
“This ability to screen things out of awareness that were previously tagged as irrelevant is called latent inhibition. Latent inhibition has a strong biological basis and operates automatically to filter out information.
[/size]

[size]“Those high in latent inhibition are very good at this inhibition. Those with a reduced latent inhibition have a difficult time with this form of inhibition. Reduced latent inhibition has been associated with schizophrenia as well as a predisposition to psychosis.”
Creativity
But, he adds, “Recently researchers have wondered whether a reduced latent inhibition can actually be beneficial for creativity.
“After all, decreased LI may make an individual more likely to see connections that others may not notice. Prominent psychologists such as Hans Eysenck and Colin Martindale have argued for the importance of disinhibition for creative thought.
“Indeed, research conducted by fellow PT blogger Shelley Carson and her colleagues have found among a sample of Harvard students that those with a high IQ and decreased LI tended to report increased creative achievement.”
~ ~ ~ ~
Top image is from post: Do Artists Have Unique Brains? – A BBC news story reports on research that concludes “Artists have structurally different brains compared with non-artists. Brain scans revealed that artists had increased neural matter in areas relating to fine motor movements and visual imagery.[/size]

[size=39]Pros and Conshttp://www.lowlatentinhibition.org/pros-and-cons/   ????JUST CHECKING THIS OUT RAISES ALOT OF QUESTIONS ..?[/size]

They seem to want to link high IQ with many mental illnesses and disorders these days I am noticing. Like this is not the first post I have read on this in the last few days.

Well those of us that have an exceptional IQ are going to just ignore these studies because we know what they are up to. Same old crap.... and epic fail!