Chemtrails are in full swing on the east coast of the US to the point that blue sky days are nearly non existent. 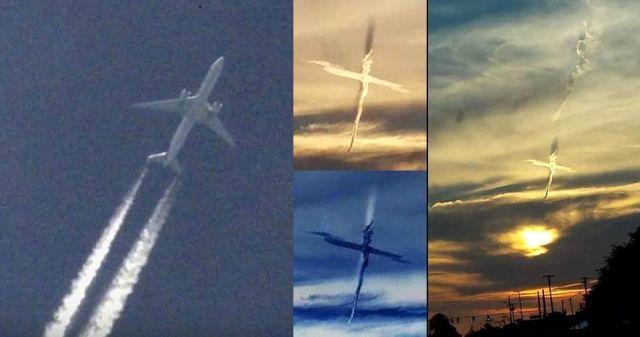 We can say the cross is a warning from Heaven to stop immediately with spraying chemicals and biological agents into the air, but it is more likely the result of two trails which cross each other during the spraying operation.

Nevertheless, whether the cross is a sign from God or accidentally made by chemtrail planes, it gives an uncomfortable feeling, knowing that they are spraying toxic metals and chemicals above your head.

The footage below, recorded on June 3, 2016, shows the aerial chemical assault on the East Coast. Chemtrail activity starts at 1.50 Mark.

Page 1 of 1
Permissions in this forum:
You cannot reply to topics in this forum
Who is online?
In total there are 67 users online :: 0 Registered, 0 Hidden and 67 Guests :: 1 Bot