[size=11]NYGman wrote:I am guessing the terror attacks in Brussels are behind why no RV this Good Friday, or Easter Sunday for that matter... Or maybe it is because IT IS NEVER EVER, EVER GOING TO HAPPEN[/size]


Pardon my ignorance on this topic, but if Iraq were to get itself into a stable position, what would the Dinar be worth? It seems even doubling its value is a longshot.[/size][/size]

Its worth, more or less, 1180 to a dollar, give or take. The only value it has it what the Central Bank of Iraq will pay, in hard currency, for it. That is the only measure of value for it. You can't value it on any of the pretend metrics the gurus come up with, its not redeemable in oil (and if it was might be worth less than it is now anyhow) it has no intangible value based upon the historical strength of the currency (stop, you're killing me) or the supposed wealth of Iraq as a country (they're not quite affluent enough to be a third world shithole in fact, but the Dinaridgits often cite Iraq as one of the world's wealthiest countries) no, none of that is valid or would matter even if it were. If you want to redeem your Dinar for dollars (or euros, pounds sterling etc..) eventually that transaction has to end with the CBI taking one of their dollars and giving it to you for how ever many of your DInar you want to exchange. And since they have to, in order to be credible, be able to do so for every dinar in existence (the physical ones and the electronic ones) they cannot afford to pay more than they have, divided by the total of their money supply, per dinar. Do the math and you end up pretty close to where it is.

Theoretically, they could sustain an 8-10 percent increase based on their reserves, but they have for ten years maintained this minimal safety margin and I see no reason why they would stop soon. The CBI is one of the sane parts of Iraq, they are. to people who really do know about how central banking works, very predictable. Doubling it isn't a longshot, its a mathematical impossibility. Unless they bought it on the street in Iraq without paying commission, or have held it for a long time (it did go up a good bit in the beginning from 4000 I think) I see no way for you to break even and the fact is if they redenominate almost all the dinaridgits are going to lose everything because they won't be able to "cash in".

It is, and has been since the current currency was issued, against Iraqi law to take Dinar out of the country and if suddenly they announce a short window to cash in and close their borders, well, you have some pretty paper. But none of these people are on my short list to win the Nobel Prize in Economics this year, a substantial number of them are still arguing the likely comeback value of the Zim dollar, a currency that no longer even exists.

You gave yourself away mentioning the possibility of it doubling with a straight face. I want to feel sorry for you and I hope you haven't invested your way into eating catfood in retirement yet, but the fact is the Dinaridgits have been told on every level and quite loudly for over 10 years and they still insist to know better than pretty much anyone or anything with more financial education than my dachshund, and they're just a little self satisfied about it, too, so several years ago I gave up on helping them and honestly I just like to get a few laughs at their expense now.

Re: Any Day Now RV

Thank you Kenlej .  What a great article !!! 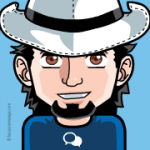 Most users ever online was 2065 on Mon Apr 09, 2012 5:34 pm
Latest topics
» Agreement to transfer the Mosul airport file to the Reconstruction Fund