HERE ARE THE NOTES FROM OUR FIRST CALL OF THE DAY

GOT TEXT FROM A CONTACT AND SHE SAID, YESTERDAY MY UST CONNECTION SAID RV RELEASED IN RENO AND YOU CONFIRMED WITH YOUR GUY AN HOUR LATER. IN THE MIDDLE OF THE NIGHT, I GOT A MESSAGE FROM HONG KONG PLATFORM ATTORNEY SAYING ALL FUNDS RELEASED . LOOKING GOOD AND STILL NO 800 ‘S, IS EVERYONE BEING DUPED? NONE OF YOU 3 ARE CONNCECTED AND I FEEL THAT IS GOOD CONFIRMATION.

Republic of United States government and Treasury were restored at 6:30pm Wednesday, March 30, 2016.

USA Inc government cabal membership is being legally arrested as of yesterday--this will continue until all known "dark agents" are rounded up.

Also yesterday, redemption 800#s were released to Republic leadership for final implementation at some unknown time on March 31, 2016. These 800#s will be released anytime per internal discretion.

All US and world banks fully prepared for mass redemptions, with opening sovereign rates and off site locations implemented and ready.

Benevolent American and global history occurring in real time at this hour.
Be at peace. All is well.
God is with us.
3-31-2016 Newshound Guru Tlar Article quote: " ...Abadi "will present the ministerial change tomorrow, Thursday, to the House of Representatives as he promised last week, and reinforce its resolve and determination to proceed with the ministerial change and comprehensive reforms as said in his speech..." Sadr cannot hold the masses together much longer IMO without some kind of action being seen in the next couple of days...So something must break in the next 48 hours IMO. Ibelieve the Abadi government is trying to change the government as one issue and at the same time trying to fix the economy and open it up to the world as a separate issue. In other words I see the economy opening whether or not the political issue is resolved quickly. The IMF works with many article VIII countries that have political issues and yet their currency and economy roll on. Iraq has achieved transparency and banking wise is now qualified to enter Article VIII. I think we will see it very soon. So in my mind as interesting as the politics are, they won't stop the opening of the Iraqi economy. Iraq's banks are ready. Investors are lined up. All the signs are there that this is about to go down

SPOKE WITH ELCO AND HE HAS A SOURCE FROM HONG KONG AND SAID IT WENT THROUGH 6:30 A.M . 82% OF PP’S DELIVERED AS OF THIS MORNING.

TALKED FROM COAST TO COAST TO EVRYONE AND EVEN TW RUSSELL AND GEORGE TODAY AND THEY ARE STILL WAITING FOR OFFICIAL CONFIRMATION THAT IT HAS HAPPENED.

APPARENTLY IT HAS GONE THROUGH AND I AM SURE THERE IS A REASON. WE SHALL FIND OUT.

GUYS ON WEST COAST TRIED TO EXCHANGE YESTERDAY AND TOLD TO COME BACK TODAY.

GOT A TEXT MSG THAT” O” AND CHINESE MEETING SHORTLY.

FROM IRAQ –PARTYING GOING ON AND CONFIRMATIONS THAT RV HAS BEEN COMPLETED. RV RELEASED AT 6:00 A.M. TODAY.

TONIGHT BETWEEN 6 AND 8 NOTIFICATIONS. TO COME.

BANKS ON FULL ALERT AND

800 NUMBERS RIGHT NOW BEING RELEASED INTO THE CUE FOR RELEASE.

IN ORDER FOR THE REPUBLIC TO BE OFFICIALLY RELEASED, THE GOLD HAD TO BE IN THIS COUNTRY. IT IS IN TEXAS.

WAS TOLD THAT AS OF EARLY THIS MORNING EVERYTHING IS UNDER THE NEW REPUBLIC. THIS WAS AT 10:00 A.M. THIS MORNING.

SIGNED OFF ON GOLD IN TEXAS TO REPUBLIC.

HAD SOME SECURITY ISSUES AND ARRESTS MADE AND LOOKING GOOD.


BGG posted in:
HEY GUYS I'M THE ONE WHO MADE UP THE IRAQI THIS MORNING NOW EVERYBODY IS CALLING IT A FACT NOW DO SEE THAT I'M RIGHT

karsudj
Someone devious is stocking, chat and posting in YouTube...Go search the "producer" of these intrussions TNTBS, you will see, what he/she is capable of.
Yesterday I saw WSOMN chat in there. I think same person who stocked Tony, Ray & Pam...he also stocking Yosef. Let's be selective with who comes into the room.

stonenote
Knew this was false when I went and got abadhi's arabic wording from several speeches and translated them and nothing matched what was being said in the first paragraph with rates. Too bad we have to have idiots spewing false info. One if these days his tricks will catch up with him. Karma is a b---Ch.

Keep trying Kenny you are racking up the Karma points and we don't believe you any more.

So did anyone else get the private message from "Gerri" about the zim? Wondering if I got a bogus message and

basically... Gerri said the Zim is useless and proceded to give links as to why it's useless and we should wall paper it as a reminder to us to never be scammed again

but no one else seems to have gotten this message from him, so could be fake...

No clue who Gerri is, but he's got the good stuff. The ZIM never was, and what Zimbabwe had for currency is dead and gone. Demonetized, never to be used again, so you might as well use it as wallpaper.
*****************
Trust but Verify --- R Reagan

NO MATTER HOW MANY TIMES THE TRUTH OF THE POOROOS IS THROWN IN THEIR FACE, THEY STAY BRAIN DEAD. I AM SO READY TO GO LIVE OFF GRID.
*****************
Leadership is a potent combination of strategy and character. But if you must be without one, be without the strategy. - Norman Schwarzkopf, Jr.

One person can lie about RV news, and a bunch descend to, 'confirm' that news with their, 'sources.'

Someone can enter a chat room, type, "I got word from my source in Baghdad, rates changed there, celebrating in the streets, mosques playing celebration music and scrolling RV news, 100% confirmed."  Next thing you know, dozens come out of the woodwork to say, "My source confirms this intel."

Here's the mentality of a WingIt Mod:

Yeah, a good job lying and screwing everyone over- Great- REALLY great-

When Tony and Pam are who you credit as role models, you've set your bar very low. Do you aspire to be a con artist criminal appaloosa?

Yeah, you missed all of the action!
*****************
Critical thinking: Disciplined thinking that is clear, rational, open-minded, and informed by evidence. 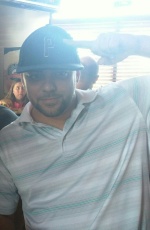 Tony and Pam?  Hmmmmmm, well I guess you could emulate them, but I would be very careful what I wished for.  Tony is in jail and who know where Pam is..  A safe bet is she will be headed that way soon if she isn't there already.

More and more gurus , dealers and scam artists are falling to the investigations.  Each day another one bites the dust.  When this is all over one could forsee them all in jail spinning their spew and lies and confirming the balderdash SUDDENLY.  Not to mention landing their planes and playing with their trains!  WooooooWoooooo chug a chuga chuga.