More insight into those crazy kids at WSOMN.  Another post from Moderator Turboman:

Beloved Light Tribe,
All are being called into service as the most intense Source Energies up to now are affecting all of creation and all grids within it.
Incoming Source Energies are amplifying, increasing hugely as the effects of the full Solar Eclipse are beginning to be felt by the collective.


The Dates of this Solar Eclipse fall on March 8 and 9.  These numerical energies align with the incoming waves of Source Energy, and they amplify the energetic punch to elevate the collective consciousness to a higher level.


These energies are already aligning to the Easter energies of death and resurrection ~ the rising of The Phoenix.


This is synergy: the interaction of elements that when combined produce a total effect that is greater than the sum of the individual elements and contributions.


It is this synergy which is now assisting Earth to shift to a higher level of consciousness ~ to assist Humanity to Evolve.
There is no option, either evolve or exit.


In order for a species to continue, there will always be the first of that species who shift and evolve first, as evolution is a stair-step process.  Otherwise, the species would become extinct.
The Human Collective must bridge from the old dying-out species to the new species which it’s evolving into.  This is what we’re living through at this moment.


So, the following energies will be hugely amplified by the full solar eclipse:


8 ~The energy of karma and karmic contracts.  This incoming energy brings to front all unfinished karmic (3d) relationships and galactic (4d) contracts.


This is due to 4d ascension/descension timelines collapsing as we continue to work our way up as a collective from the lower dimensions.


Memories of “past” alien invasions are being manipulated by the negative alien agenda to keep the separation of timelines from occurring.


At this time, the negative alien agenda is attempting to anchor 4d timelines of “disclosure.”


These are timelines in which their “ships” come to earth and “take us away”, to “save us.”


There are many who are giving all their energy to making these timelines a reality.


These are galactic timelines in which other races control the outcome.
Our Light Ships would not uncloak if it would cause one ounce of fear from anyone on this Earth, thereby feeding the Fear Matrix.


These are versions of realities created by other entities attempting to get energy from the human race as the 4d galactic timelines of descension.  It’s another type of enslavement.


We are now separating from the 4d matrix of descension timelines which have been siphoning energy from humanity, just as happened in the 3d matrix.


It is a personal responsibility to be completely aware of which timeline each one of us is giving energy to, and which one we’re assisting to anchor.


To make sure each one of us creates our own “heaven” and not get tricked into another’s version of it, which can become our “hell.”
Discernment at this time is of the utmost importance.


9 ~ The energy of completion.  There is no choice for the first wavers who have chosen embodiment, for in order to fully anchor 5d and higher, all 3d AND 4d contracts must be released.


3d contracts are karmic and must be cancelled in order to ascend to 4d.


This encompasses all 3d human near twin relationships and contracts.


4d contracts are galactic in nature and also must be released in order to access 5d and higher which are the Heart Collective timelines of ascension.


4d involves all aspects of our galactic selves, and all realities which we term “future.”


All near-twins of galactic origin must be released at this time by the forerunners which have chosen embodiment.


When the 4d matrix timelines of descension and ascension separate, the forerunners which have chosen embodiment and are a soul group, will completely disconnect from 3d and 4d and anchor fully to 5d and higher.


This is the death/resurrection/ascension stage which will align to the energies of Easter and the spring equinox in the northern hemisphere, and assist the forerunners in the final stage of their embodiment.


This exit from the 3/4d descension matrices will be a quantum jump done as one soul group.


When this occurs, the energy withdrawn from the old reality will catalyze the rest of the collective in massive ways to assist in their awakening.


It will also begin the physical shift of this earth as the kundalini begins to move and usher in the new era.
The forerunners will be fully anchored into the higher dimensions, laying the energetic bridge for those souls that choose ascending timelines.


At this time, all karmic and galactic contracts have been released or are in the last stages of being released by the forerunners.
The second wave of volunteers are being activated in this massive portal as they begin to step in and do what they came here to do.
As forerunners, we didn’t have to do, we just had to stay alive during the years of constant attack by team dark.  We had to anchor our energy to raise the frequency of the planet so that second and third wavers could be born.


Otherwise, pregnancies could ‘t have been carried to term.


This is why so many forerunners were born early; their energy was too high a vibration for the birth mother.


The incoming second and third wavers are here to do.  They’re the cleanup crew, so to speak.


Many will be feeling the physical effects of these intense energies now.  This is the year of physical embodiment.  Up until now we’ve been anchoring energies.


This now is the physical manifestation of all the energetic work done over thousands of years.


So as we step into the new, all that’s needed is to open our hearts and state,”Yes, I am open to Love.”


This will anchor the incoming energies into the grids to assist in the separation of timelines with ease and grace.


Honor Your body, first and foremost.
Ask for support from your Light Family.
Whatever arises, Love It, and let it go.


And know that everything is exactly as it should be and Divinely perfect.


I send all my love and gratitude to be sharing this path with you.

How about try:  "In the name of Jesus Christ..get behind me satan." 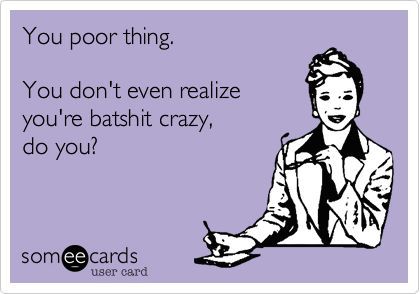