A piece of debris found off the southeast African coast that could be from a missing Malaysia Airlines flight is being sent to Australia for testing, officials said on Thursday, two years after the plane carrying 239 people disappeared.

A white, meter-long chunk of metal was found off the coast of Mozambique earlier this week by a U.S. adventurer who has been carrying out an independent search for Malaysia Airlines flight MH370.

The debris will be tested by officials in Australia, with help from Malaysian authorities and representatives of manufacturer Boeing Co (BA.N).

"It is too early to speculate on the origin of the debris at this stage," Australian Minister for Infrastructure and Transport Darren Chester told parliament.

However, the piece was found in "a location consistent with drift modeling commissioned by the Australian Transport Safety Bureau", he said.

Chester's comments added to a fresh sense of optimism after Malaysia's transport minister, Liow Tiong Lai, said on Wednesday there was a "high possibility" the metal chunk belonged to a 777 jet, the same type of aircraft as MH370.

Flight MH370 disappeared on March 8, 2014, with 239 passengers and crew on board shortly after taking off from Kuala Lumpur bound for Beijing.

Chinese Foreign Ministry spokesman Hong Lei said he had "noted" the report about the new possible piece of debris.

"We will closely track the development of the situation, and maintain close contact with relevant sides. We will also work with relevant countries to make great efforts to continue the search work for MH370," he told reporters in Beijing.

A piece of the plane's wing washed up on the French Indian Ocean island of Reunion, on the other side of Madagascar, in July 2015.

Voice370, a group representing families of those on board the missing plane, said the discovery meant the search must focus on the coastlines of Mozambique and Madagascar.

"Debris fields, though subject to some degree of dispersal by the elements, generally tend to make landfall in close proximity," the group said in a statement. 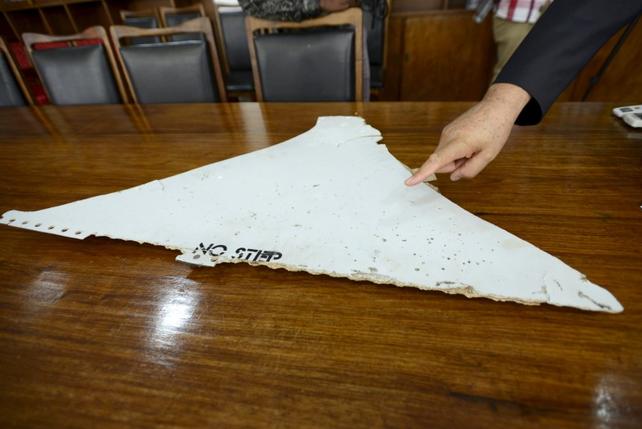 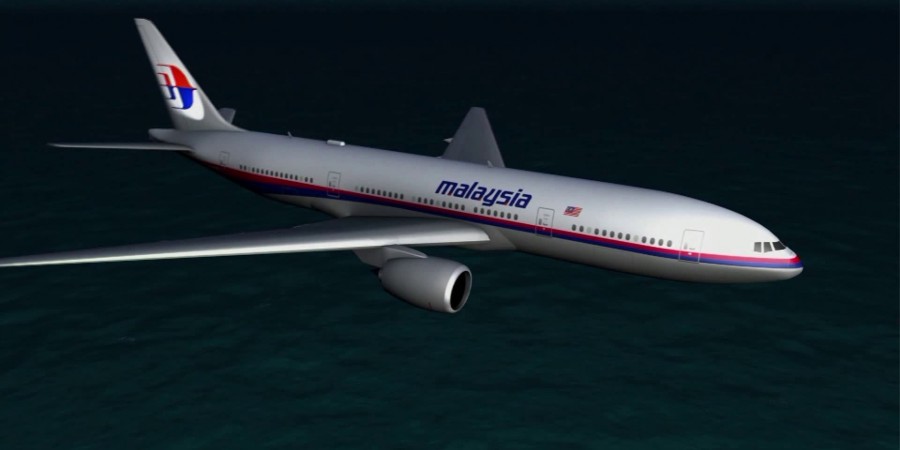 MH370 debris? Officials Investigating After a Piece of a Boeing 777 Washes Up in Mozambique
March 2, 2016 · Alternative / Conspiracy · 0 Comments
WASHINGTON — Debris that washed up in Mozambique has been tentatively identified as a part from the same type of aircraft as the missing Malaysia Airlines Flight 370, a U.S. official said Wednesday.
Photos of the debris that washed up over the weekend appear to show the fixed leading edge of the right-hand tail section of a Boeing 777, said the official, who spoke on condition of anonymity because he wasn’t authorized to speak publicly. MH-370, which disappeared two years ago with 239 people aboard, is the only known missing 777.
People who have handled the part, called a horizontal stabilizer, say it appears to be made of fiberglass composite on the outside, with aluminum honeycombing on the inside, the official said. The part is being transported to Malaysia. 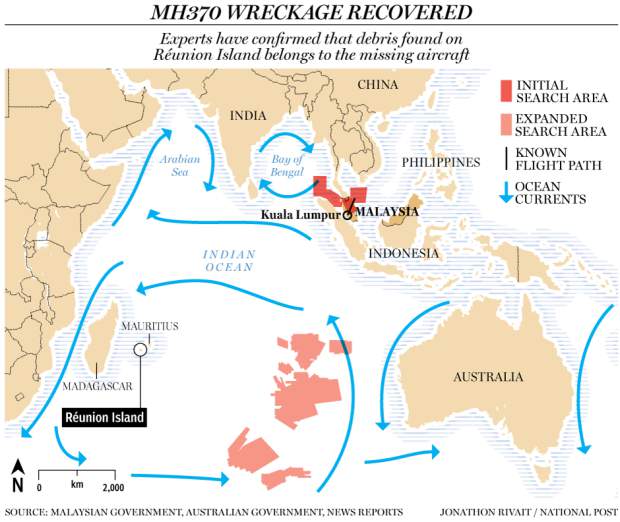 Mozambique’s National Director of Civil Aviation Joao Abreu dismissed the report, saying authorities have found no part of the missing plane. But Malaysian transport minister Liow Tiong Lai tweeted to confirm the discovery.
“Based on early reports, high possibility debris found in Mozambique belongs to a B777,” Liow said in a series of tweets.
“It is yet to be confirmed & verified. @dca—malaysia working w Australian counterparts to retrieve the debris.” He also urged “everyone to avoid undue speculation as we are not able to conclude that the debris belongs to #mh370 at this time.”
MH-370 disappeared on March 8, 2014 while flying from Kuala Lumpur to Beijing with 12 crew members and 227 passengers on board.
Despite exhaustive searches of the southern Indian Ocean and the South China Sea, the only trace of the plane until now has been a wing part known as flaperon that washed ashore last July on the French island of Reunion off the east coast of Africa — about 3,700 kilometres from the current search area in the Indian Ocean east of Australia.
Radar tracking of the plane show it turned around as it approached Vietnamese airspace, flew back toward Malaysia and then on over the Indian Ocean, where radar contact was lost. Authorities who scrutinized data exchanged between the plane’s engine and a satellite determined that the jetliner took a straight path across the ocean, leading them to believe that the plane flew on autopilot for hours before running out of fuel and crashing into the water.

This is a DINAR info site!   Please post this info on sites that talk about this stuff!  Letz keep this about the dinar!  Thank you!


This is NOT just a Dinar site.


If you do not want to read any other info besides dinar then don't click on the subject is my advise to you.

This site is called DINAR Daily.   Maybe they should change the name cause it is misleading!   I do not need to read mainstream news on Dinar Websites.  BUT that is me!  Next we are reading bird got hit by car etc.......common....there is enough of that on other sites!   Lets focus on what we go to Dinar Daily for!  Please!  Thank You!

If we posted only dinar, there would be nothing to post at all, nothing zilch, because there really isn't ANYTHING dinar out there to even post.  Anything that is posted about  Iraq and Dinar are irrelevant.

So, I guess I can start posting nothing.  And I can close the doors to the forum and hit delete and get my life back.

If you want to avoid anything that is not of interest to you, you can go to the the FORUM front and click on the two headers ... IRAQ & DINAR NEWS ARTICLES  and
GURU'S DAILY UPDATES to avoid any exposure to main stream news or other articles of interest that are posted here.

As Admin Purpleskyz pointed out the header on  the front page is and has been for 4 years.......

If you want to talk about the birds and the bees on this website where people go to ...to read about Dinar and equivalent stories - please do so if it makes you happy!  PEACE!   I am all about happy people!

I will also point out that this section of the Family Room is labeled GENERAL DISCUSSION--Have a topic you want to post and don't know where to put it? Post it here.

Page 1 of 1
Permissions in this forum:
You cannot reply to topics in this forum
Who is online?
In total there are 151 users online :: 0 Registered, 0 Hidden and 151 Guests :: 3 Bots

Today at 5:11 am by Stansberrya

Yesterday at 11:46 pm by RamblerNash

Yesterday at 11:44 pm by RamblerNash

Yesterday at 11:42 pm by RamblerNash

Yesterday at 11:38 pm by RamblerNash

Yesterday at 11:23 pm by RamblerNash