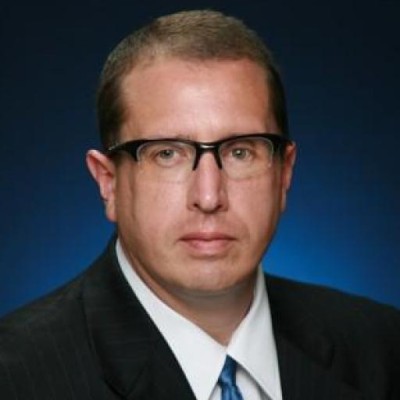 I cover Wealth Preservation in its legal permutations

In the words of popular comedian Ron White, “You can’t fix stupid.” That phrase, as elegant in its simplicity as it is frankly true, applies with special fervor to those who continue to believe that they are about to make millions, billions, or even trillions by investing in Iraqi dinars.
Yes, I know this has been written about before. Fellow Forbes’ contributor John Wasik wrote about this scam last January athttp://www.forbes.com/sites/johnwasik/2012/01/19/the-curse-of-saddam-iraqi-dinar-deals/ And even various law enforcement agencies are publicly warning about this scam, such as that of the Washington State Department of Financial Institutions at http://www.dfi.wa.gov/consumers/alerts/iraqi-dinar-scams.htm
Yet this scam continues to persist, and hardly a week goes by that some sucker or another doesn’t call my office to inquire about asset protection planning for the untold riches that he or she is about to receive when the Dinar finally re-valuates by 100 times or more.
Of course, they can’t pay my legal fees now for such planning because every last cent is invested in the Dinars. But they can pay me when they finally reap their great reward.

Which is never.
Scams involving the arbitrage of foreign currencies have been around as long as there have been, well, foreign currencies. In the modern age, many pyramid schemes have been disguised as sophisticated “FOREX trading programs” — but in fact, the scammers weren’t doing any trading at all, but simply paying old investors with the money from new investors. Charles Ponzi, the modern Father of such schemes, would be proud.
In fact, FOREX scams became so widespread in the 1990s — playing on the speculation regarding the then-new Euro — that the U.S. Commodities Futures Trading Commission was compelled to put out a great deal of warnings about these scams. This collection is now found athttp://www.cftc.gov/ConsumerProtection/FraudAwarenessPrevention/CFTCFraudAdvisories/fraudadv_forexand applies with equal weight to the Dinar scam.

Re: You can't fix STUPID

31 December 2014 — Year End 2014 Update
Well, loyal dinar investors, we are finally here! We are at the place where you need to get your confidentiality agreements with your financial advisers in place, and start looking for expensive houses on the French Riviera. Yep, for you it is champagne and caviar from here on out. The latest rumors say that the Iraqi dinar is just about to RV. Heck, the Vietnamese Dong and the Melchizedekian Shekel are about to RV too. Plus, NESARA is about to be passed into law, and that means that Omega Trust & Trading is about to pay off. Bernie Maddoff is going back in business. Heck, even Charles Ponzi is coming back from the dead to pay off. It all starts right now!
NOT.

Re: You can't fix STUPID

Update 3 December 2015
Folks, another Thanksgiving has come and gone without the Iraqi dinar appreciating in value, so if you’re holding onto bales of them then once again you’re the turkey.
The good news is that two scam artists were sentenced for selling Iraqi dinars, see http://www.valuewalk.com/2014/11/fraudsters-jailed-iraqi-dinar-scam/ According to the story, “The men, Bradford Huebner and Charles Emmenecker, were both convicted of fraud, and Huebner was also found guilty of evading reporting requirements and money laundering. Huebner received over 7 years in jail and Emmenecker almost 3.” Here is another good story on the case, with pictures of the scammers: http://www.toledoblade.com/Courts/2014/10/31/Local-men-sentenced-in-dinar-case.html
Otherwise, what do we know about Iraq? We know that it is a total mess, and as of today the entire government was fired. This is a failed country that is not making a comeback anytime soon, and the only thing you can expect of the value of your dinars is that they will keep going down.
Until next time.