ISIS Orders Babies With Down Syndrome to be Killed

ISIS Orders Babies With Down Syndrome to be Killed 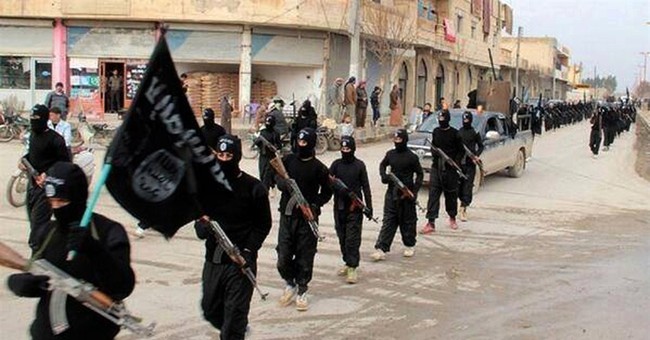 ISIS has reportedly ordered that all babies born with Down Syndrome to be suffocated, according to Mosul Eye. Mosul Eye is claiming that nearly 40 babies born in the area occupied by ISIS have been killed as a result of this policy.

According to Mosul Eye, the Shar’i board of IS issued an “oral fatwa” to its members authorising them to “kill newborn babies with Down syndrome and congenital deformities and disabled children”.


The fatwa, issued by a Saudi judge named as Abu Said Aljazrawi, has already been carried on a baby as young as one week old. Most of these children born with Down syndrome have been the children of foreign fighters.
All were killed by lethal injection or suffocation with some taking place in Syria and Mosul.


“This displaced child from Mosul, ISIL issues a Fatwa to kill him,” the post reads, referring to the video. “As if it is not enough for ISIL to kill men, women and the elderly, and now, they kill children.”

So there you have it. As if beheading Christians, dropping gays off of buildings, and drowning people in cages weren't bad enough, ISIS is now (reportedly) killing disabled children--the most innocent members of any society. How could anyone want to join up with such a ghastly group?

According to Mosul Eye, 38 children have already been executed, mostly by lethal injection and suffocation.

Though the reports are unconfirmed, the fatwa does follow the same path as previous actions against children. In February, the U.N. reported ISIS was using children as sex slaves, human shields and bomb makers.

“We have had reports of children, especially children who are mentally challenged, who have been used as suicide bombers, most probably without them even understanding,” says Renata Winter of the U.N. Committee on the Rights of the Child to Reuters.

Fatwas are religious decrees made by muftis (experts in Islamic Sharia law) that are similar to Supreme Court rulings. All religious Muslims are supposed to follow a fatwa, if it is determined to be well-founded, however it is up to the individual to determine whether or not they will respect the decree. There is no definitive set of requirements that a mufti must follow in order to be allowed to make a fatwa, however the individual must have a strong knowledge of Sharia law, the Koran, and the Hadith (traditions of Muhammad).


Content created by The Daily Caller News Foundation is available without charge to any eligible news publisher that can provide a large audience. For licensing opportunities of our original content, please contact licensing@dailycallernewsfoundation.org.
Read more: http://dailycaller.com/2015/12/14/isis-sharia-leaders-order-extermination-of-children-with-down-syndrome-video/#ixzz3uKsorXMj
*****************
Tweet

That is going way beyond humanity- Nuke those idiots, and get it over with- They care nothing of themselves, or anybody else, for that matter-