IMF Move Would Pressure China on Management of Yuan

IMF Move Would Pressure China on Management of Yuan 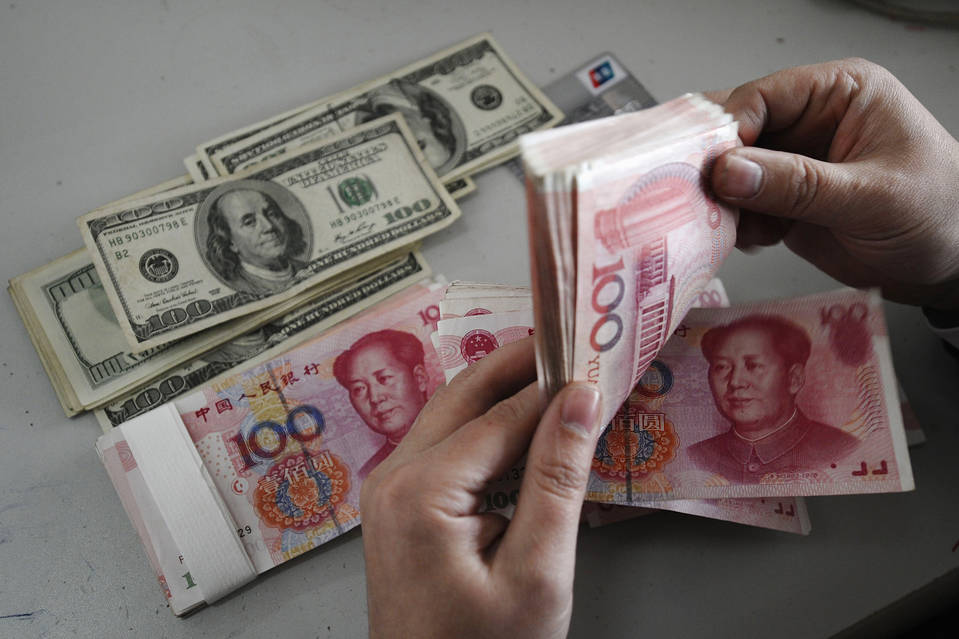 The IMF on Monday is widely expected to say that next year, it will add China’s yuan, pictured, to its basket of reserve currencies.   Photo:  Reuters

BEIJING—The International Monetary Fund is on the verge of labeling China’s yuan a reserve currency. Now Chinese officials will have to prove they can treat it like one.
The IMF on Monday is widely expected to say that next year, it will add the yuan to the elite basket of currencies that comprise its lending reserves, a status enjoyed only by the U.S. dollar, the euro, the British pound and the Japanese yen. The inclusion would represent recognition that the yuan’s status is rising along with China’s place in global finance.

Now comes the hard part. The inclusion puts new pressure on Beijing to change everything from how it manages the yuan, also known as renminbi, to how it communicates with investors and the world. China’s pledges to loosen its tight grip on the currency’s value and open its financial system will come under new scrutiny.

“We will have to build up confidence in renminbi assets from investors both at home and abroad and at the same time, prevent the financial risks associated with a more global currency,” said Sheng Songcheng, head of the survey and statistics department at the People’s Bank of China, the country’s central bank. “That calls for carrying out various financial reforms in a coordinated way.”

Inclusion would also put pressure on the central bank to offer the same degree of clarity and transparency that the U.S. Federal Reserve, the European Central Bank and other vital institutions strive for. That could be difficult: In the past six months alone, the PBOC shocked markets with a surprise currency devaluation, stood mostly silent during a Chinese stock-market rout and confused investors by issuing a new proclamation that turned out to be months old. 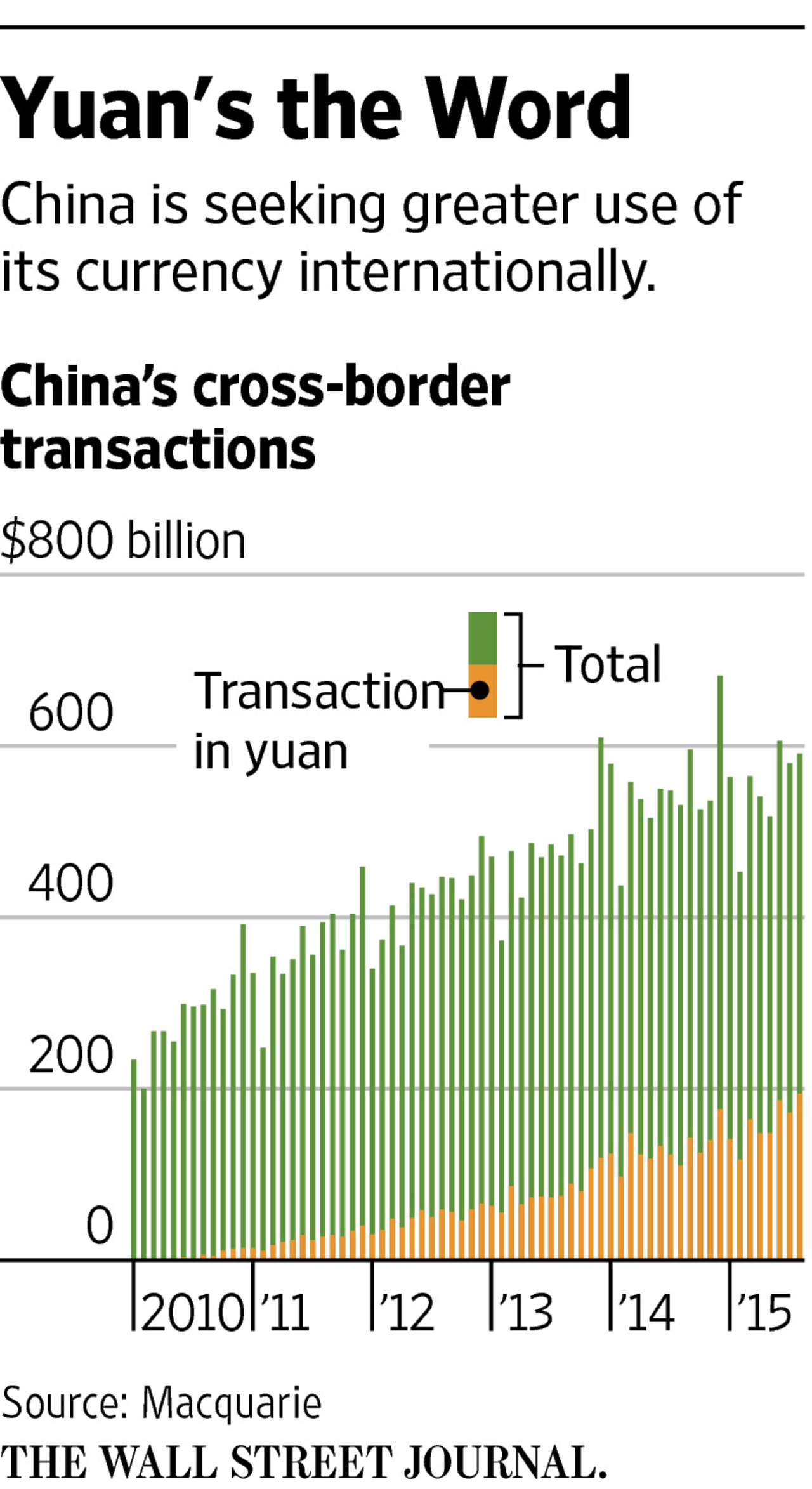 “It needs to more clearly and effectively communicate with the market,” said Zhou Ping, founder of Bin Yuan Capital Ltd., an asset manager in Shanghai. “It would be like a cultural change of sort for the central bank.”

One immediate challenge is how to deal with market pressure to weaken the yuan due to China’s slowing economic growth after three months of trying to strengthen it. PBOC advisers say it will likely allow a gradual and modest depreciation of the currency of between 3% and 5% in the next 12 months. The challenge, they say, is how to clearly signal its intentions to the market.

The IMF is expected to approve inclusion when it meets on Monday. IMF Managing Director Christine Lagarde and a fund staff report have already endorsed the move.
The expected inclusion would mark a crowning achievement for China’s top central banker, Zhou Xiaochuan, and his lieutenants, who have built political support around the idea that the yuan’s status in international finance should match China’s heft as an emerging world power. To meet IMF’s reserve-currency criteria, the central bank pushed through a slew of changes—such as freer interest rates and easier access for foreign investors to China’s markets—despite opposition from some powerful interest groups.
But Mr. Zhou, 67, and any successor will have to press for more changes in China’s economy to turn the yuan into a global currency. Already, China’s leadership has slowed down a number of key initiatives for financial reform amid worries about the slowing economy. Notably, top leaders have set aside a goal of freer financial markets by the end of this year and pushed the goal back to the end of 2020.

The slowdown has also dimmed investor enthusiasm for the yuan. Mr. Zhou of Bin Yuan Capital said the yuan is overvalued by about 20% and keeping it at the current level would only hurt the economy. In a Nov. 19 report, Goldman Sachs Group Inc. listed a “significant depreciation” of the yuan as the biggest risk facing emerging-market assets next year. A drop could help China’s export sector but raise new criticism from the U.S. and elsewhere that Beijing is playing politics with its currency.

While IMF inclusion is largely symbolic, it could open Beijing to criticism of its financial policies when the fund conducts its five-year review of the currencies in its basket. Formally, inclusion would add the yuan to the IMF’s special drawing rights, or SDRs, a virtual currency IMF uses for emergency lending to its members and countries can use to bolster their reserves.

“The actual inclusion of the yuan in the SDR is a nonevent for most investors. The sound you’ll hear is a collective yawn,” said David Loevinger, a managing director at fund manager TCW in Los Angeles and a former U.S. Treasury official focusing on China. “The lack of data and policy transparency remains a risk for investors.”
In the near term, inclusion would lead to a modest, less-than-$30 billion in new foreign demand for yuan-denominated assets, estimates Zhang Ming, a senior economist at the Chinese Academy of Social Sciences.

Meanwhile, the PBOC must chart a path for the yuan to help the economy while avoiding triggering a loss of faith from investors world-wide.In August it devalued its main gauge for the yuan by 2%, triggering an even sharper selloff in the yuan in financial markets and raising concerns that more such moves might come.
Then it caused another round of confusion among investors earlier this month by posting on its website market-opening remarks made by Mr. Zhou in May as if they were new. The comments made headlines and sparked rallies in markets in Hong Kong and the Chinese city of Shenzhen before the central bank clarified that the remarks were six months old.

The central bank has improved transparency, particularly through increasing use of social media. Still, one problem is that it lacks the kind of independence enjoyed by the Federal Reserve and others. Most of the important policy decisions have to be signed off by the Communist Party leadership first.

“The People’s Bank of China has many audiences to serve,” said an adviser to the central bank.
http://www.wsj.com/articles/imf-expected-to-name-chinas-yuan-a-reserve-currency-1448769634

Page 1 of 1
Permissions in this forum:
You can reply to topics in this forum
Who is online?
In total there are 56 users online :: 0 Registered, 0 Hidden and 56 Guests :: 3 Bots