“The preparation has been done after several meetings were held with the administrative bodies of the airports that Iraq is planning to travel to,” Sadr said, announcing that flights also would be starting to Belarus and Tunisia.

“There should be more attention given to airlines and the newest planes need to provided,” he said. “By the end of this month, some 32 new Airbus and Boeing aircraft will be provided to Iraqi airline companies,” Zubaidi added.

Yes, and we'll see how long it takes for those airplanes to be blown all to hell- They can't take care of their own people, let alone airplanes, along with sending more ISIS members here in camel's outfits- 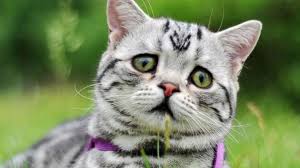 Just look at that cute 'wittle' face! He has a lot on his mind, too! I love cats, in case you haven't noticed- Most cats are smarter than a lot of people in this park are......

Page 1 of 1
Permissions in this forum:
You cannot reply to topics in this forum
Who is online?
In total there are 36 users online :: 0 Registered, 0 Hidden and 36 Guests :: 3 Bots