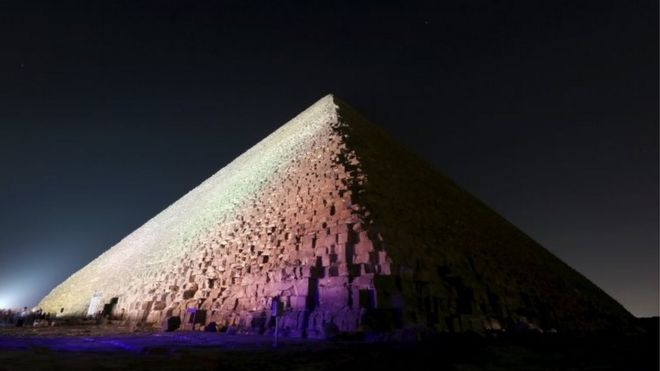 An international team of architects and scientists have observed "thermal anomalies" in the pyramids of Giza, Egyptian antiquities officials say.

Thermal cameras detected higher temperatures in three adjacent stones at the bottom of the Great Pyramid.


Officials said possible causes included the existence of empty areas inside the pyramid, internal air currents, or the use of different building materials.

It comes as experts search for hidden chambers within the pyramids.

The tombs of the pharaohs Khufu (Kheops), Khafre (Khephren) and Menkaure (Mycerinus) were built in the Fourth Dynasty, about 2613-2494BC.

A team of architects and scientists from Egypt, France, Canada and Japan used infrared thermography to survey the pyramids during sunrise, as the sun heats the limestone structures from the outside, as well as at sunset when they cool down.

In a statement, the Egyptian antiquities ministry said the experts had "concluded the existence of several thermal anomalies that were observed on all monuments during the heating-up or the cooling-down phases".

"To explain such anomalies, a lot of hypotheses and possibilities could be drawn up: presence of voids behind the surface, internal air currents," it added. 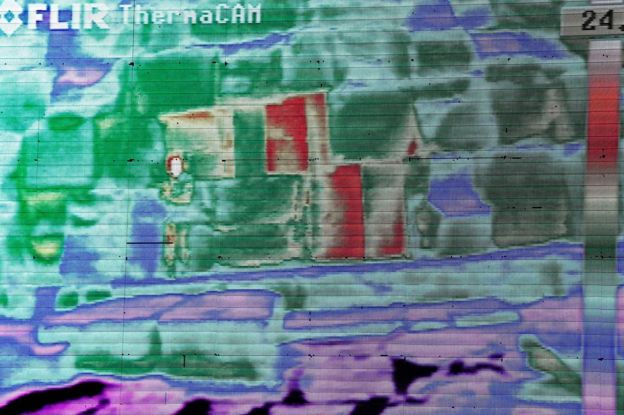 An "particularly impressive" anomaly was found at ground level on the eastern side of the Great Pyramid, also known as the Pyramid of Khufu, the statement said.

"The first row of the pyramid's stones are all uniform, then we come here and find that there's a difference in the formation," Antiquities Minister Mamdouh al-Damati said as he showed reporters the three stones showing higher temperatures. 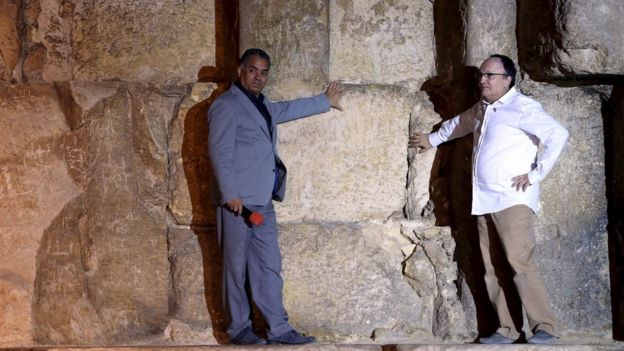 Other thermal anomalies were detected in the upper half of the Great Pyramid.
The structure will be the subject of further investigation during the Operation Scan Pyramids project, which began on 25 October and is expected to last until the end of 2016.

AHA!!! They finally found the 'smash' room, where the Egyptians do the 'wild' thing!!!!