A major drought in Syria helped lead to the revolution and Assad’s crackdown. Harsh weather in Iraq could prove just as destabilizing. 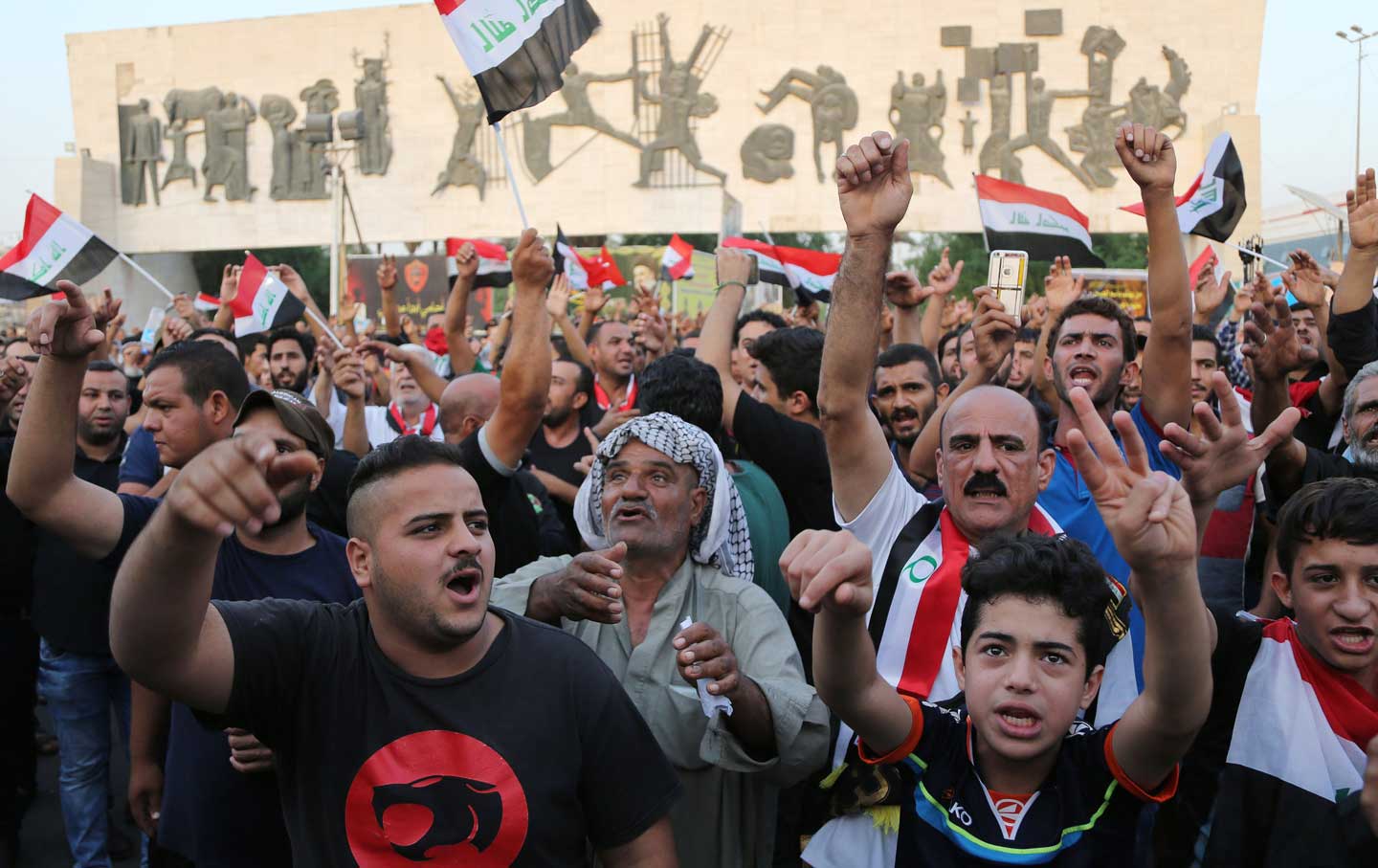 In a telling exchange during the first Democratic primary presidential debate earlier this month, the candidates were asked to articulate the greatest threat to US national security. “It’s certainly the chaos in the Middle East,” answered Lincoln Chafee, the former senator and governor of Rhode Island who later dropped out of the race.

Vermont Senator Bernie Sanders responded to the question by citing the “global crisis of climate change.”

Whether you agree with either candidate’s assessment, it’s a mistake to talk about global conflict and climate change without highlighting how the two phenomena are inextricably linked. Extreme weather and resource scarcity exacerbated by climate change are worsening the effects of war, from the Middle East to sub-Saharan Africa, with civilians often bearing the brunt of the consequences.In Syria, for example, four years of war have displaced nearly 12 million people. Prior to the uprising in 2011, the country suffered the worst drought in the instrumental record from 2007 to 2010, which has been linked to climate change by a study from the National Oceanic and Atmospheric Administration. The triggers of the Syrian civil war are difficult to untangle, and to blame climate change rather than president Bashar al-Assad’s failure to respond to the ensuing humanitarian disaster would be a mistake.

Still, a growing body of literature suggests the drought was at the very least a “threat multiplier” that made a bad situation much worse. As crops failed, food prices skyrocketed and farming families were forced to migrate to cities. “The total urban population of Syria in 2002 was 8.9 million but, by the end of 2010, had grown to 13.8 million, a more than 50% increase in only 8 years,” according to the National Academy of Sciences. The urban population influx exacerbated the mismanagement of resources throughout the country and further straining the country’s weak infrastructure.
Now, many observers say Iraq–which suffered a massive heatwave this summer–is facing related challenges.

“Though we cannot be sure that the recent heat waves are a result of climate change, studies suggest that these kinds of heat waves are made more likely by climate change,” Francesco Femia and Caitlin Werrell, co-founders of The Center for Climate and Security, said in an email. They add that the drought in Syria also effected parts of Iraq, so the country “is certainly experiencing water stress, which is in part driven by a changing climate, and in part by a lack of governance.”

Temperatures in Iraq last summer regularly topped 120 degrees for days at a time, which crippled the electrical grid in Baghdad. The power outages meant many residents had electricity for only a few hours a day and no air conditioning. As a result, thousands took to the streets in August took protest the government corruption and dysfunction that continues to plague the Iraqi government. Prime Minister Haider al-Abadi referred to the protests as an “early warning” sign, adding, “The people will resort to revolutionary sentiments if this situation continues.”

Iraq was not alone in facing extreme weather. The summer of 2015 was the hottest season on record, according to the NOAA. If trends hold, 2015 will be the hottest year ever recorded, surpassing the previous hottest year, 2014.

World leaders will meet in Paris next month for a UN climate conference as scientists and activists continue to sound the alarm and warn that even the modest agreed upon goal of limiting a temperature increase to 2 degrees Celsius will have a disastrous effect on the planet.

The heat wave in Iraq hit internally displaced people and Syrian refugees extremely hard. Many refugee camps lack natural shade and underground plumbing, not to mention regular access to clean water and electricity to preserve food, making life miserable and dangerous. “I would say 80 percent of my patients now have illnesses triggered by the summer heat,” a doctor at a camp in Iraq’s Kurdistan Region told the United Nations Commission on Human Rights this summer.

The UN’s Development Programme has paid specific attention to the intersecting dangers of climate change and displacement. “Most conflict-affected areas of Iraq are also climate risk hotspots, with the communities hosting refugees and internally displaced persons also being areas heavily affected by dryland expansion and growing water-scarcity,” says Kishan Khoday, a UNDP team leader for climate change, disaster risk reduction and resilience in the Arab region.

“Given the increasingly protracted nature of conflict and displacement, the road to recovery and longer-term development pathways should factor in climate risks.”

Access to water has long been a driver of conflict and a tool of political coercion in the Middle East, and ISIS militants have been especially adept at exploiting the current chaos. Marcus King, associate professor of international affairs at George Washington University, says that ISIS’s brief success in capturing the Mosul dam in 2014 was a “force-multiplier,” in that it allowed the militants to directly threaten Baghdad by blowing up the dam.

He cites numerous other examples of ISIS weaponizing water. In some cases, ISIS has taken over dams along the Tigris and Euphrates rivers to deny access to water for people downstream in pro-government cities.

At other times ISIS has touted its access to water under areas it controls for propaganda purposes. “ISIS has the ability to decide to provide these municipal services, and if they do they makes them look more like a state,” says King. “So it goes both ways.”

THE NATION IS READER FUNDED. YOUR SUPPORT IS VITAL TO OUR WORK.
DONATE NOW!


King says it isn’t just ISIS who has used water as a weapon, and that the continuing destruction in Iraq and Syria has formed a feedback loop. That is, the longer the conflicts stretch on, the more damage they do to critical water services. “The conduct of war itself is destroying water infrastructure,” says King. “Collateral damage, unintended weaponization, is affecting supplies. Pipes are being blown up, reservoirs are being blown up.” In August, for example, UNICEF said it had recorded “18 deliberate water cuts” made by parties to the Syrian Civil War in Aleppo this year, with “taps in some communities…left dry for up to 17 days in a row – and for over a month in some areas of the city.” The conflicts also make any kind of comprehensive, government-run water management plan impossible.

Ultimately, climate change should be seen as one element in a complex matrix that heightens the dangers of war, according to one top researcher. “The challenge for scientists (natural and political), and for the media as well, is not to try to prove causality, or primacy, in evaluating the role of climate change or other resource challenges here, but instead to understand that the real problem is ‘influence,’” says Peter Gleick, president of the Pacific Institute and a leading scholar on water and conflict.

“As the climate changes, as water systems fail, as energy reliability vanishes, these factors are piled on top of the misery already in play. Will they cause conflict? I think that’s the wrong question. Will they increasingly influence the risks of conflict and war in some regions? Unquestionably.”

Re: How Climate Change Is Threatening Iraq’s Fragile Security

What a load of BS...they fail to mention that satellite data shows NO global warming for the last 18 years, but still the hoax must go on or they won't be able to tax us into oblivion for a non-existent problem.

Re: How Climate Change Is Threatening Iraq’s Fragile Security