Mountain Goat says the CBI has already told us when to look for the RV.

Mountain Goat says the CBI has already told us when to look for the RV.

This news letter today is mostly about the issues going on now in the Kurdistan Regional government and what the significance is to this ongoing RV saga.

It is a short one today but includes what you need to concentrate on this period.

As I have said many times in previous news letters, when we see repeatedly many articles about a subject matter in a short period of time – PAY ATTENTION. This news is VERY important !

So I decided to dedicate almost entire news letter to this subject matter since I believe it is that important.

Plain and simple- it is pressure, pressure and more pressure on the Abadi government to clean up the corruption and get these reforms implemented.

I know I may sound like a broken record but this is the stage Iraq is in right now. Major resistance to the reforms coming from those who have the most to lose from them (Dowa party, Shia Block, Maliki goons). However, the three presidents are staying firm on the direction they are leading the country. This is the good news of today.

So be prepared to read some major smear campaigns now against  Abadi, Barzani, Allawi, and other prominent officials who are trying to lead the country of Iraq and clean up this mess. Remember that at the end of any long term paradigm there will always be a desperate attempt to maintain status quo and so we see those desperate, those guilty of their crimes, now trying to hang on to their mafia like ways.

This is our challenge for finding these golden nuggets. We must see patterns and remember what we are told in the past news in order to connect it to current events. It is all interconnected and moving in the right direction.

We must learn to ignore this misinformation coming at us from many of these so called “secret” sources, who in fact know very little about the big picture and only hear rumors and then spread them as if gospel truth. Why would you believe them anyhow since they know no more than yourselves?  These are people who have their own agenda either that or they are simply ignorant people.


So be aware everyone that once again you will hear this that the RV is in the 2016 budget.

Believe me I can tell you without a shadow of a doubt that there is no dependence on the 2015 nor on the 2016 budget to RV.

Once again I will say the RV is a byproduct of the reforms, the fighting ISIS and other issues needed for Iraq to standalone and run itself as a viable democratic government. When there is enough stability the RV will simply pop out one day in the middle of the day or night and all will be surprised.

There will be some warning and we will hear some news from the CBI way ahead of time. Those that know what they are looking for will hear the CBI message and be aware of the impending RV. So today we have not heard of any news from the CBI and there are many, many issue still to be resolved in Iraq prior to any RV taking place. So relax and learn instead to spend your time reading and learning about the issues facing Iraq.

Having said this I am beginning to move in the direction again that the CBI has already told up when to look for the RV. They have told us last spring that that the “project to delete the zeroes” will be postponed until January early 2016.

But we refuse to believe it and bash anyone who brings it up. As we get closer to the date many will come onboard but that is always applying the term “seeing is believing”. These are those that have little faith and back- bone in general. They are spineless people. They are leaches. They do not take the time read the articles and have no idea what is going on in Iraq. They are lazy people. Instead they lead you dinarians on a wild goose over and over again on simple events that they inaccurately tie to an RV. Why would you even listen to them over and over again?
*****************
Tweet

You might want to ask those people that seem to believe these idiots-Apparently it's all they have to look forward to- Sad, isn't it?

I told the mountian goat, but he wouldnt listen 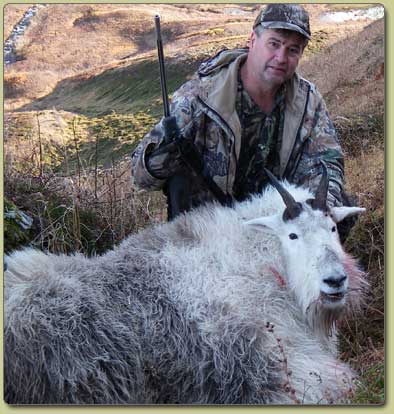 Similar topics
» Mountain Goat says " I was told is look for the activation in the window of Thursday thru Sunday of this week"
» Mountain Goat says -- CBI has told me numerous times that they will first educate the citizens again on the process when they are ready.
» Mnt Goat: "What I am told by the CBI is that they are planning a MAJOR rate change" (The Same CBI That Told You It Already "RV'd" Years Ago? LOL) 12/6/21
» Is the Economy Just the Reason for the RV Delay? ” by Mnt Goat
» Mountain Goat 1/2/17