With the continued erosion of oil prices and talk about the steepest drop in the coming days, the disaster looming on the horizon for the Iraqi economy battered, Will lead to the entry of the country in economic trouble may be difficult to predict future Banekasath. 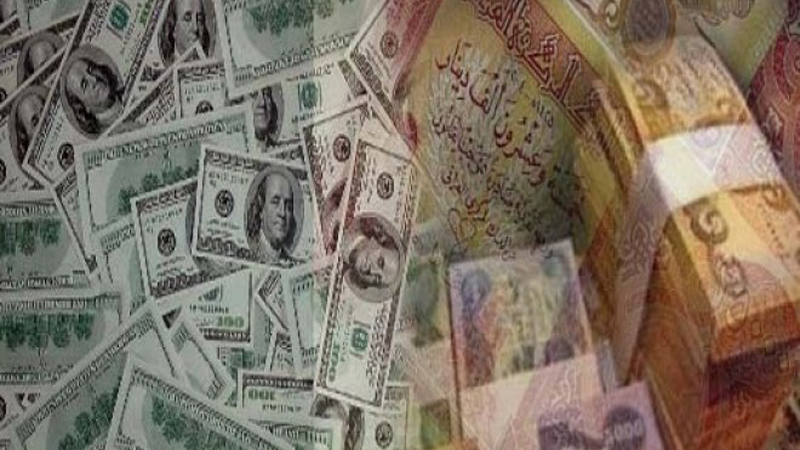 As mentioned in a previous article, that the economic crisis experienced by Iraq produced a number of crises that had an impact on the lives of Iraqi citizens, especially the crisis staff salaries delayed and disrupted thousands of vital projects on level of infrastructure, not to mention the benefits and obligations of other companies. In short, it is the stage could call it difficult labor phase.

and foreshadowing the current reality of the Iraqi economy is very difficult circumstance would pay more crises especially with rampant corruption apparently was or secret, and classified Iraq as part of the most corrupt countries in the world, according to Transparency International, which stretched budgets General of the State. Today is the fear of resorting to reduce salaries to reduce expenses, which will be held the economic and social landscape of the country.

Resorting to float the dinar

some reports indicate that the Iraqi government may resort to the liberalization of the dinar which will not solve the financial problem in the country, but would have disastrous effects on Iraqi citizen in the first place. On the other hand, the flotation is the port for speculators in the market to carry out money laundering and manipulation auction currency within the central bank.

What do we mean the currency float Floating?

First has to be to make it clear the concept of floating currency and what are the repercussions on the lives of the citizen and the country in general to understand the consequences of such a hold on life citizen.

We mean the currency float is to let the exchange rate of a currency floating rise and fall with demand and supply in the money market, and the introduction of waves Balaattabarmistoy liberation of the national economy, and the adequacy of its performance, and flexibility of its production apparatus.

In order to understand more of the process of flotation, the Central Bank of the State to leave the exchange currency in local currency rate ( Iraqi dinar and foreign) such as (the dollar) is determined dinar according to the trends of demand and supply on the dollar, if the demand for the dollar in the foreign exchange market has increased (dollar market), the dollar exchange rate tends to rise, and if the demand for the dollar has fallen, the dismissal rate tends downward.
It is the risk of this process that it opens the door to money laundering and diversion of corrupt money from the Iraqi dinar to the free currency in order to smuggle them out operations.
A study that Iraq is seeking to edit the national currency, which is considered, according to the experts that the float of the dinar in the interest of Treasury but on the other hand the tragedy of the lives of the Iraqi citizens that lack of oversight contributed to the presence of many corrupt and financial mafias, who took advantage of the situation in the country, whether political or security or economic, to achieve a very huge financial gains due to the absence of official censorship institutions.

Here we highlight the speculators are manipulating currency market known as the "three whales" or so-called some of the title of "the kings of the market" illusion of senior corrupt who Aguetatwa funds Iraqis and resources of the country:

• Hassan Nasser Jafar and who stands behind a bank across Iraq, one of the defendants subject of an auction of foreign currency and buy dollars from the central bank, has the exchange of Baghdad in Amman and has suspicious activities in this regard, according to a government report released in July this year, Nasser has several transform informal offices sell money orders out of Iraq illegally and outside the scope of the Iraqi Central Bank Law , leading to negative effects resulting from money laundering operations.
• Hamad al-Moussawi Bank Huda director, a senior accused of money laundering Foreign remittances, and manipulation auction sale currency.
• Ali Ghulam, executive director of the Bank of the Middle East, and accused of fraud and accused of trespassing on public money , and the owner of lists of import counterfeit and transaction banking suspicious.
These three names, and many others are still Tlhoa money Iraqis, because of their relationships with lobbies within the government of politicians and senior civil servants, which contributed to the continuing work of these whales in spite of reports and cases detected exceeding the public money.
And here we must refer to the Iraqi authorities claim to hold accountable those people, and return the stolen money to the Treasury, it is part of its efforts to prevent the fall of the country into the quagmire of bankruptcy and economic collapse.
In conclusion, we should offer a number of comments that could contribute to stop the bleeding Iraqi economy in general and the banking system in particular, as follows:
1. Prosecution of traffickers and corrupt public money who Aguetatwa Iraqi funds and be enormous wealth for themselves.

2. Iraq today is an urgent need to reform the banking system and on the head of the Central Bank and the banking correct policies.
3. Stop interference in the bank's policy by the executive, legislative and other institutions authorities whether it be directly or indirectly.

4 for sale. Addressing the process of money laundering and economic crime and the smuggling of hard currency from Iraq, and know where the money that is dollar-buying by the

5. The establishment of an economic court with an independent authority concerned with the economic and criminal side, through the eyes brought before arising from the application of the laws relating to crimes of bankruptcy and supervision away from the interference of official figures and politicians suits.
6. Contribute to resolving a large part of the financial problem experienced by the country due to low oil prices, through the diversification of sources of income.

7. Compensate the poor class in society and affected by the manipulation mafias money at the price of the dollar by the influential central bank previously.
Iraq today is going through the most severe historical stages and the economy today is cracking horribly and talk about future plans is a form of wasting time, the need today is an urgent because each official and the national citizen turn to save the country from the clutches of traffickers and corrupt public money who pose a threat to the country for at least the level of terrorism that has ravaged the country
*****************
Tweet