Even though this article is a little over a year old, nothing has changed.  People live their lives around weekly conference calls and the latest intel.....  That has never proven correct. 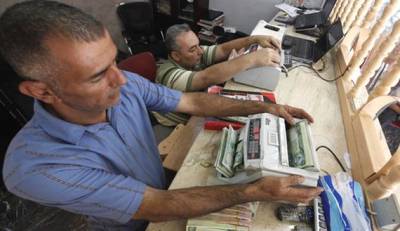 Recently this author wrote an article challenging the “truths” that several so called “gurus” provide related to the Iraqi Dinar. While many understand these gurus are continuously inaccurate and wrong, others still leap to their defense, and challenge anyone who dares to question the validity of their assertions. These Dinar Divas have generated a cult-like following that hangs on their every word, as if it has real value, and defend them the moment their inaccuracies are challenged.

Dinar Divas are those who constantly hype that the revaluation the Iraqi Dinar is going to happen that night or within hours. On numerous occasions this group has stated that the dinar revaluation has already occurred, and that all investors in the currency were “rich.” On every occasion they were absolutely, positively, 100 percent wrong. No ambiguity about it in any way; they were just wrong.

Despite this, their devoted group of follows still hypnotically wait on any and every piece of information that these Dinar Divas provide, much in the same way that cult-followers adore the musings of their leader. They continue to go back to these men and women, as if they have credible evidence, and quickly attack anyone who challenges the revelations of these Divas.

According to Dr. Janja Lalich and Dr. Michael D. Langone, there are behaviors that are common amongst cult followers and those who show cult-like devotion to a leader or personality. These include such things as excessive, unquestioning devotion to the leader and his or her teachings, attacking any point of view that is dissenting from that of the leader or personality, a special status being claimed by the leader and his or her followers, and the fact that the leader is not held accountable for his or her actions by anyone. While this may sound outrageous to compare cult-followers to those who continually seek the “wisdom” of the Dinar Divas, the leap is really not as far as one may think.

Every day on sites like TheIraqiDinar.com they publish chats form gurus where people have come into chat rooms to ask these so called “experts” if the revaluation will happen soon. Time and time again these Divas swear that “according to their sources” it will happen at any minute. The problem is that it never does. Yet, this same group returns every night to inquire of the dinar “oracle,” and see what pearls of wisdom are available for that night. The people who come into these rooms never challenge the fact that these Divas have been wrong over and over again. There is a complete devotion to the beliefs that these men and women are actually right in what they say, despite the mounting evidence to the contrary.

When challenged by anyone, they lash out like the person questioning the Divas is the one who is disturbed or uninformed. In a recent challenge to this author’s questioning of these men and women, someone named John stated: “You have no evidence to suggest that anything they have said is untrue, only conjecture. “ Despite the fact that for years (in the case of OkieOilMan over seven years) these men and women have been wrong every time about the information they have provided, they are defended, and dissenters are attacked as ones who have “no evidence” or spout “conjecture.” The evidence supports the “conjecture,” but they refuse to see it.

The Dinar Divas support their assertions by claiming that they have inside information at the United States Treasury, within members of the U.S. and Iraqi governments, within banks, and the like. They claim a special status as someone who “knows the truth,” and so their claims are always right. Yet they are not. If they do have sources, those sources are clearly useless. If not, then they are lying about having sources. Yet, followers return to inquire night after night.

What makes these Dinar Divas so successful is that they have no one to answer to. No one can say they are wrong and to stop hyping the dinar with their lies, because there is no one that has “authority” over them. Therefore, they can simply continue to espouse their false assertions over and over again, because their devoted followers will lap up every word they say.

The Dinar Divas have continuously been exposed as posers in the world of dinar investment, but their avid followers remain tied to the cult of these Divas, unable to generate any realization that something is amiss. It is an interesting commentary on human devotion, when people will avidly continue to listen to others that are continuously wrong, as if the rest of the world is crazy and lost. The saddest part of this revelation is that these Divas will continue to thrive, because the gullible cannot resist the temptation to listen.

Page 1 of 1
Permissions in this forum:
You cannot reply to topics in this forum
Who is online?
In total there are 118 users online :: 2 Registered, 0 Hidden and 116 Guests :: 2 Bots

Today at 7:17 am by RamblerNash

Today at 7:07 am by RamblerNash

Today at 7:04 am by RamblerNash

Today at 7:03 am by RamblerNash

Today at 6:56 am by RamblerNash

Today at 6:53 am by RamblerNash

Today at 6:51 am by RamblerNash

Today at 6:49 am by RamblerNash

Today at 6:48 am by RamblerNash

Today at 6:46 am by RamblerNash

Today at 6:45 am by RamblerNash

Today at 6:43 am by RamblerNash

Today at 6:41 am by RamblerNash

Today at 6:40 am by RamblerNash

Today at 6:37 am by RamblerNash

Today at 6:35 am by RamblerNash

» Labor recovers 5 billion dinars from those who exceeded the "aid"

Today at 6:34 am by RamblerNash

» Tehran: Baghdad's decision to prevent the import of 29 agricultural products does not apply to Kurdistan customs

Today at 6:32 am by RamblerNash

» Parliamentary Communications: If the mobile companies had paid their debts to the government, Iraq would not need to borrow

Today at 6:31 am by RamblerNash

Today at 6:29 am by RamblerNash

Today at 6:24 am by RamblerNash

» Parliament receives the draft budget for 2020

Today at 6:22 am by RamblerNash

» Parliamentary Finance: The budget was returned to the government because it was formulated by the Abdul Mahdi government

Today at 6:21 am by RamblerNash

» Al-Rafidain recovers half a billion dinars from the laggards

Today at 6:20 am by RamblerNash