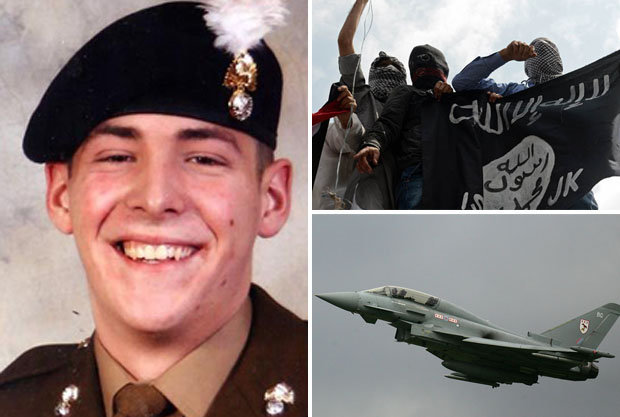 The extremist terror group has singled out a hitlist of four RAF bases in the UK to carry out attacks.

Targets are reported to include RAF Lakenheath and RAF Mildenhall in Suffolk, RAF Menwith Hill in North Yorkshire, and RAF Alconbury in Cambridgeshire.

A document leaked online is also said to include the names of a dozen personnel who have served at the four sites.

It is understood the dossier, seen by the Sunday Times, was put together by a group calling themselves the 'Islamic State hacking division' - which includes British jihadist Sally Jones. 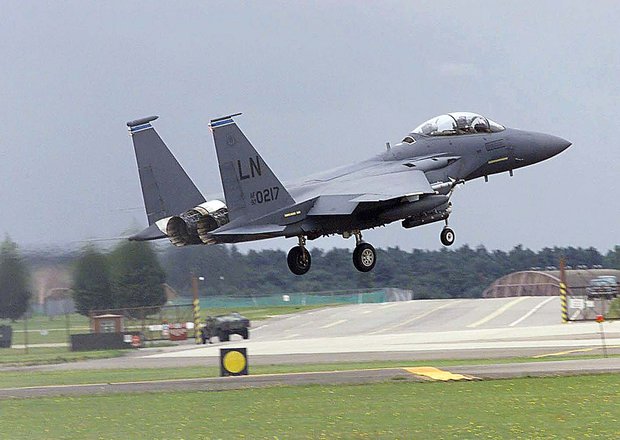 TARGET: RAF Lakenheath is reportedly on an ISIS hitlis

Junaid Hussain “An attack in the UK is long overdue.”

Earlier this week, it emerged the list harvested by ISIS hackers also includes the names and contact details of more than 1,400 people, including former Foreign and Commonwealth office employees and a retired primary school teacher from Stockport, Greater Manchester.

Infamous punk-turned-ISIS recruiter Jones, 46, from Chatham in Kent, joined ISIS in 2013 and has put cops on full alert after she was reportedly spotted in Birmingham with suspected jihadis in recent days.

Her jihadist husband Junaid Hussain, a computer hacker from Birmingham, is also believed to run the ISIS recruitment division.

Hussain, who now calls himself 'Abu Hussain al-Britaini', previously urged extremists on his Twitter page: "An attack in the UK is long overdue.

"It is your duty to detonate an IED in the lands of the crusaders. Another Lee Rigby-style beheading is long overdue."

The ISIS hit-list of targets was drawn up in revenge for the "bombing campaign against the Muslims" in Syria and Iraq, the jihadists claimed.

Fusilier Rigby was butchered near his barracks in Woolwich, south London, in 2013.

Meanwhile the US and its Allies carried out airstrikes on ISIS targets in Iraq and Syria over the past 24 hours.

The US Military confirmed 22 air strikes have been carried out.

An ISIS tactical unit was hit near Aleppo and a strike near Kobani, near the Turkish border, struck a tactical unit and destroyed three fighting positions, the Coalition Joint Task Force said.

Page 1 of 1
Permissions in this forum:
You can reply to topics in this forum
Who is online?
In total there are 67 users online :: 0 Registered, 0 Hidden and 67 Guests :: 2 Bots