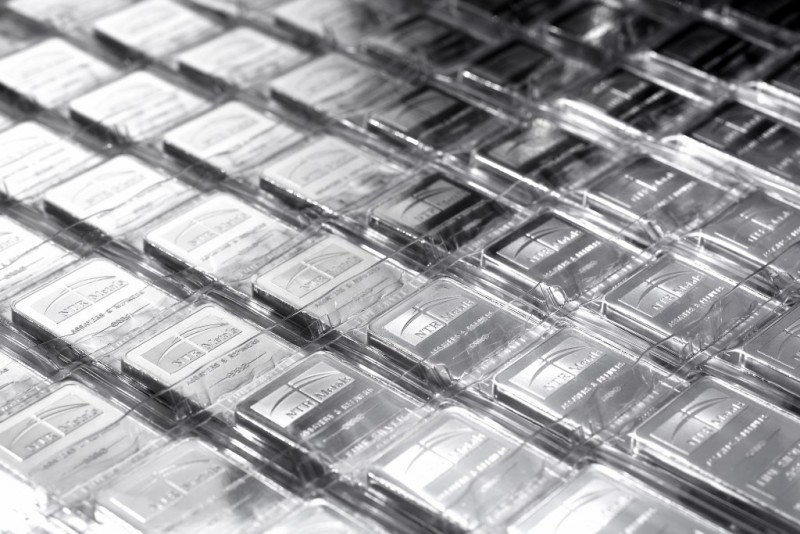 By Dave Kranzler
We’re seeing more buying interest than at any time since the 2008 financial crisis. If we see a further spike in demand, the whole supply chain could be cleaned out. – Money Metals Exchange
I spent a lot of time discussing the Provident Metals situation with my friend on whom Provident defaulted on delivery of the 10 oz RCM bars. It’s not Provident’s fault per se, other than the fact that they took his money for a bar that they represented as being in stock. Instead, Provident was waiting for the delivery of the bar from the Royal Canadian Mint.
In the past, after 2008, pre-selling silver that was presented as “in stock” but was on order from the U.S. or Canadian mint was not a problem. Supply of silver blanks was adequate. It’s not a problem til it’s a problem. And now it appears to be a problem.
Provident made the situation worse for itself by using the old “the dog ate my homework” excuse when it stated that it had an internal inventory problem. That excuse is an insult to the precious metals audience. This segment of the market is not the CNBC audience.

And now we have unintended consequences of the U.S. Government’s effort to drive physical gold and silver out of the system:

Public demand for gold and silver coins, rounds, and bars suddenly skyrocketed since mid-June – particularly among first-time customers – to multiples of earlier demand levels, according to Money Metals Exchange, a national precious metals dealer in the U.S.
From June 16 to July 31, Money Metals Exchange experienced a 135% surge in gold and silver sales over the prior 45-day period (which was representative of the early months of 2015). Since June 16, the number of first-time customers rose even more dramatically, with 365% more new purchasers than the prior period. – ( Mac Slavo’s SHTFPlan.com as sourced from Silverdoctors.com)

Not only is retail mint demand spiking up to the extent that it’s depleting the ability of Western mints to provide enough supply, but Indian demand for gold was unusually strong in July:

There is growing speculation that around 80 tonnes of gold may have been imported into India in July – though this will not be confirmed until the first official estimates are published mid-month.
If confirmed, the number would be nearly double initial market expectations of 40-50 tonnes. In July 2014, official estimates valued gold imports at $1.8 billion – which at the time equated to around 43 tonnes. – Fastmarkets.com

Furthermore, massive deliveries continue to flow into the Shanghai Gold Exchange, as delivery volume Monday was “an immense” 85.5 tonnes, which followed Friday’s 45.6 tonnes (sourced from John Brimelows “Gold Jottings” report). As JB ominously states: “Something is happening in China.”
When I first started looking at the precious metals markets in 2001 – and all of the related geopolitical and economic issues connected to gold and silver, aka real money – I was intrigued by GATA’s assertion that eventually the demand for physical gold that was required to be delivered to the buyer’s possession would eventually blow up the paper gold/silver manipulation scheme.
While it’s taken a lot longer than any of us could have possibly predicted, as I don’t think any of us foresaw that extreme degree of fraud and corruption that has been allowed to completely engulf the Western political and financial systems, I believe that we are on the cusp of Bill Murphy’s “commercial signal failure.” This occurs when the bank manipulators are unable to fulfill paper gold and silver delivery obligations and the price of physical gold and silver completely disconnects from the fraudulent paper prices set on the Comex and the LBMA.
Image Credit
You can read more from Dave Kranzler at his site InvestmentResearchDynamics.com

Page 1 of 1
Permissions in this forum:
You can reply to topics in this forum
Who is online?
In total there are 87 users online :: 0 Registered, 0 Hidden and 87 Guests :: 2 Bots