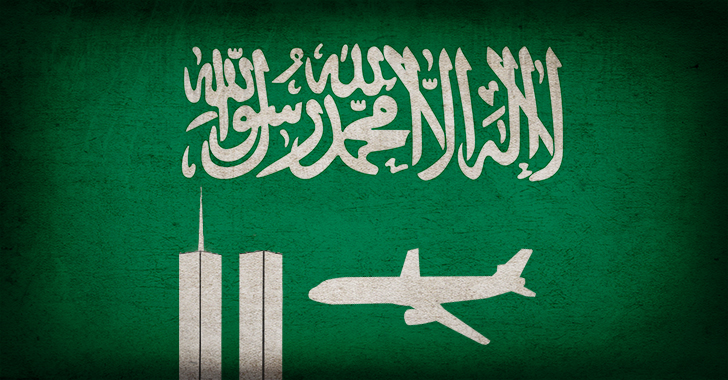 By SM Gibson
For many years, rumors have circulated regarding the U.S. government’s involvement in an active cover-up of a sinister connection between Saudi Arabia and the terrorist attacks of 9/11. In fact, 28 redacted pages from a congressional intelligence report are said to contain damning information that implicates the Saudis in the 2001 mass murder of American citizens. Despite a bipartisan effort to release the information, the now notorious 28 pages are still being withheld from the public under the predictable guise of “national security.”
Now, thanks to a federal lawsuit in a Manhattan court, there may be a light at the end of the tunnel.
Two authors of the concealed pages may soon be called to testify in a court case currently pending against the kingdom of Saudi Arabia. Former FBI investigator Michael Jacobson and former Justice Department attorney Dana Lesemann, both of whom investigated the terror strikes for the FBI, were given the assignment to track down possible leads connecting Saudi officials to the hijackers and then document their findings. The evidence they compiled was recorded in the infamous 28 pages.

The duo also went on to work with the independent 9/11 Commission, where they unveiled even more corroboration. They uncovered an association between the Saudi Consulate in Los Angeles, the Saudi Embassy in Washington D.C., and the the tragic events in 2001.
At a court hearing on July 30, lawyers for the victims’ families stated that the most major of allegations against the Saudis were purposefully left out of the final draft of the 9/11 Commission report.
“They were removed at the 11th hour by the senior staff,” said attorney Sean Carter, who called the decision a “political matter.”
“[T]hey had documented a direct link between the Saudi government and the Sept. 11 plot based on the explosive material they had uncovered concerning the activities of Fahad al-Thumairy and Omar al-Bayoumi,” explained Carter.
Thumairy worked as a religious cleric and Saudi diplomat in Los Angeles at the time, while Bayoumi was employed by the Saudi Arabian Civil Aviation Authority in San Diego.
The judge presiding over the case now has a 60-90 day window to either dismiss the case or proceed on behalf of the victims’ families.
Jerry Goldman, an attorney for the plaintiffs, feels good about the future of the proceedings.
“(The Judge) wasn’t buying their spin,” Goldman said. “The burden is on the kingdom to prove we are wrong, and they didn’t do that.”
With so many unanswered questions surrounding 9/11, there is no telling what may be disclosed if the case is allowed to move forward.
The terrifying reality is that if the Saudis are found guilty of involvement in the events of 9/11, such a conclusion would only raise more questions than it would answer. Who inside the United States government would be covering for the kingdom of Saudi Arabia for so many years— and more importantly, why?
SM Gibson writes for theAntiMedia.org. Tune in! [url=http://ucy.tv/Default.aspx?PID=124&T=Anti-Media Radio" target="_blank]Anti-Media Radio[/url] airs Monday through Friday @ 11pm Eastern/8pm Pacific. Help us fix our typos: edits@theantimedia.org.

Similar topics
» Let us pray for victims and their families
» Iran just lost its Manhattan building to the families of 9/11 victims.
»  A cumulative payment of salaries to 6 thousand of the victims' families
» COVID-19 Information
» The Speaker of the House of Representatives recalls the massacre of Elton Bridge and Tuz Khurmato

Page 1 of 1
Permissions in this forum:
You can reply to topics in this forum
Who is online?
In total there are 69 users online :: 1 Registered, 0 Hidden and 68 Guests :: 4 Bots