7 reasons to lose its luster among gold investors world

7 reasons to lose its luster among gold investors world

A report published by the newspaper "Financial Times" said that fact turned to gold investment recently sexy frustration should not be a surprise for investors around the world where there are 7 reasons behind the loss of the precious metal for investment luster. 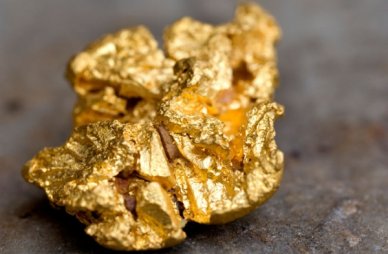 The report pointed out that the fall in prices of the yellow metal came in the context of a series of developments that have impacted negatively on the move despite the conflict of significance in some cases.

The report pointed out that gold record shortage in unusual sensitivity to various geopolitical shocks that have occurred recently, such as concerns over the euro zone against the backdrop of the crisis in Greece as well as central banks pump large sums of money in the market known as the policy of quantitative easing.

The report pointed out that there are many reasons why these historical distortions, as they refer to cyclical factors play an important factor in this decline, but the main factors remain more structural in nature.

And emerged as the first causes of falling gold prices, investors found a more direct way to express their vision of the future, especially in the world of central banks which have a significant impact on asset prices, where the number of investment funds that are trading in the stock of the world, and tended interest levels low prices in addition to the broad credit products.

The gold turned into an instrument less attractive to investors as the second reason as a result of the absence of inflationary pressures in addition to that he suffered from a decline in interest towards commodities in general between investors and individuals against the backdrop of slowing global growth.

Gold has faced a growing risk of falling demand to buy it by the central banks, especially with the decline in international reserves to the emerging countries with an attempt to adapt to the impact of falling commodity prices.

Fourthly and historical links with the decline in gold investment analyzes indicate increasing challenges, in particular with the failure of prices in the positive response to some notable geopolitical shocks, representing an erosion of the metal's appeal as a tool to diversify investment and hedging of risks.

Key drivers for most of the financial and liquidity injected by central banks did not affect the assets, and the spread of corporate cash holdings through dividends and repurchase, and mergers and acquisitions, directly or indirectly, to the price of gold.

Sixth weak demand for jewelry and other uses of the material and size of the gold, despite the decline in prices came which did not help to compensate for falling investor interest in the precious metal.

And finally witnessing the current period some sort of dispute about the level of prices, as the price of gold, for example, rose in more than $ 1,000 an ounce stage compared to levels in November of 2008, which amounted at the time to $ 700 so it's possible that these previous price movements are considered to be "unusual and excessive".

Page 1 of 1
Permissions in this forum:
You can reply to topics in this forum
Who is online?
In total there are 80 users online :: 0 Registered, 0 Hidden and 80 Guests :: 2 Bots