A Colorado man was in the right place at the right time when he saved a 3-year-old girl from drowning.

Angelo Mondragon, 32, was visiting family and friends at Windsor Lake Sunday afternoon, the Coloradoan reported. He was walking around in waist-deep water when suddenly, he felt something soft touch his leg.

"It felt like something you normally wouldn't feel in the water," Mondragon told the Coloradoan. "I did sort of a back kick to bring up whatever it was, and then I saw the bottom of a baby's foot float up."
The baby was 3-year-old Sitali Hernandez. Mondragon pulled her out of the water and started screaming for help.

"I grabbed her and carried her limp body to the shore," Mondragon said. "The girl was already blue. She wasn't breathing."

The Fort Collins plumber worked with two off-duty nurses to administer CPR on the child until emergency workers arrived. Sitali was rushed to Medical Center of the Rockies in Loveland and later transferred to Children’s Hospital in Aurora.

Mondragon paid Sitali a visit Monday afternoon and the girl’s mother thanked him for saving her daughter’s life. 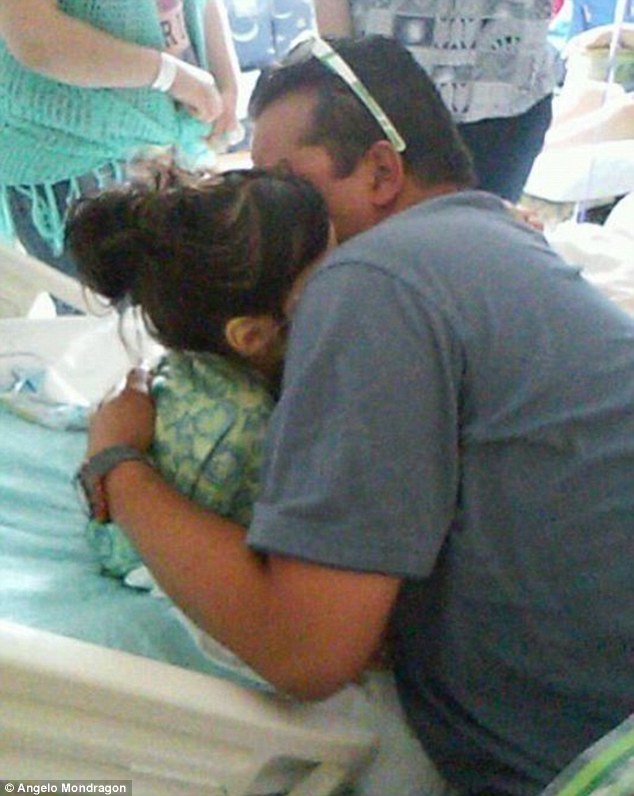 "If I was not in that right spot at the right time, it could have been a search and rescue mission," Mondragon said. "As I told the little girl's mom, when I saw the baby's toes that became my baby."
Mondragon is now working with local businesses and residents to see if he can collect life vests for those who don’t have or can’t afford them.

'Then I saw the bottom of a baby's foot': Hero plumber is reunited in hospital with 3-year-old girl he saved from drowning in lake -

A plumber who saved a toddler from drowning when he happened to catch sight of her foot while he was wading in waist-deep lake water was reunited with her on Monday.

The little girl is in good condition in a Colorado hospital after nearly drowning.

Angelo Mondragon, 32, of Fort Collins, was standing in Lake Windsor in Windsor, Colorado when he felt something soft brush up against his leg.

'It felt like something you normally wouldn't feel in the water,' he told the Coloradoan.
'I did sort of a back kick to bring up whatever it was, and then I saw the bottom of a baby's foot float up.' 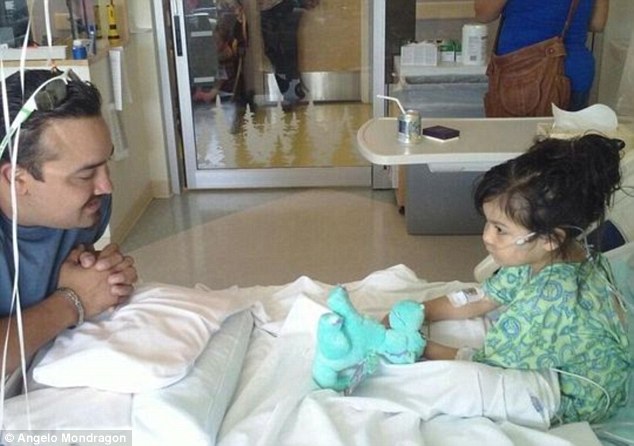 He's her hero: Angelo Mondragon is reunited with Sitali Hernandez at her hospital bed on Monday afternoon

Mondragon said he pulled the little girl out of the water while screaming for her family and for someone to call 911.

The three-year-old girl, Sitali Hernandez, was already 'limp' and 'blue' and 'wasn't breathing,' he said. He rushed her unresponsive body to shore.

There, Mondragon and two off-duty nurses administered CPR while waiting for an ambulance.
The toddler was transported to Medical Center of the Rockies in Loveland and then the Children's Hospital in Aurora.

The pair shared a poignant hug after he saved her life by pulling her out of ake Windsor in Colorado
A hospital spokeswoman said the child is now in good condition.

In fact, the girl's savior was able to visit her Monday afternoon.

He hugged the dark-haired little girl as a photographer captured the poignant moment.
Mondragon remains grateful that he happened to be in the right place that day. 'If I was not in that right spot at the right time, it could have been a search and rescue mission,' he said.
The scary incident has prompted the big-hearted plumber to approach local businesses to see if he can collect life vests for those who can't afford them.

'The baby was not wearing a life vest,' he said. 'If she was wearing one, the whole situation could have been different.' 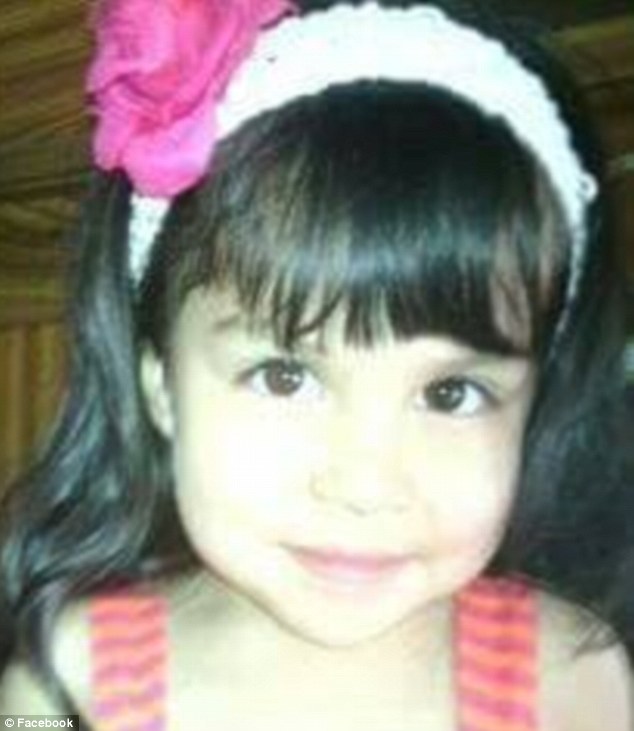 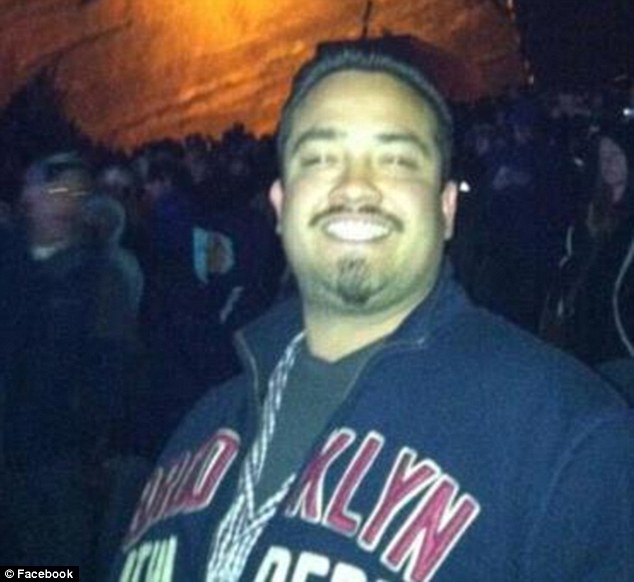 Doing the right thing: Mondragon (above) didn't hesitate to pluck the 'blue' and 'limp' toddler from the lake 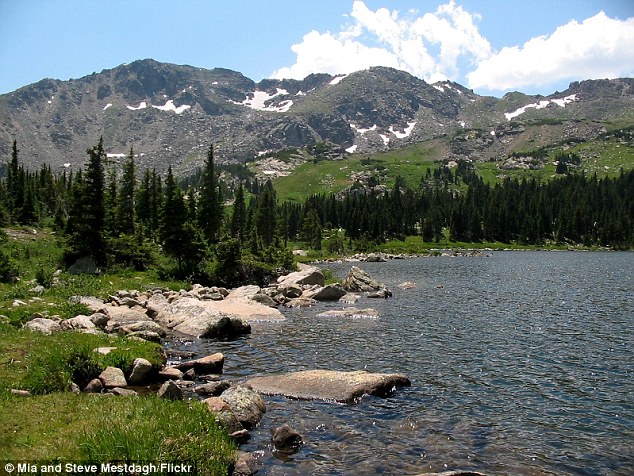 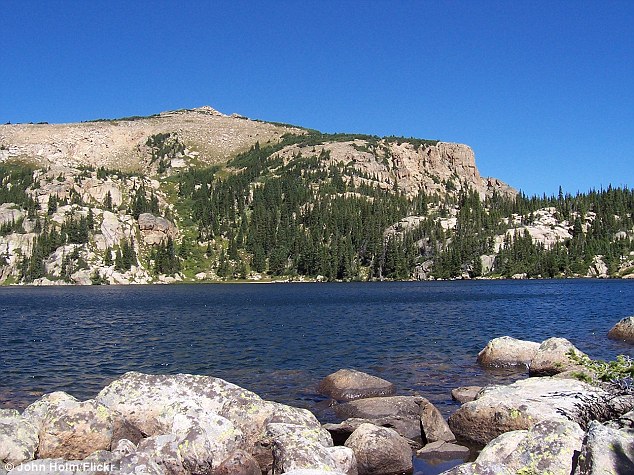 :juggle:
*****************
Leadership is a potent combination of strategy and character. But if you must be without one, be without the strategy. - Norman Schwarzkopf, Jr.