Canada's Capgent signs with Iraq on $1.2B energy deal

Canada's Capgent signs with Iraq on $1.2B energy deal

BAGHDAD, July 2 (Reuters) - Iraq has signed a $1.2 billion contract with Canada's Capgent to build 10 power stations with a total capacity of 1,000 megawatts in a bid to meet local demand, the country's Electricity Ministry said on Saturday.

Each station has a capacity of 100 MW and will be installed by the Canadian Alliance for Power Generation Equipment (Capgent) around Iraq over 12 months, the ministry said in a statement.

The private Canadian thermal and diesel power plant construction company has electricity projects around the world, including in Kenya, Nepal, Angola and Mexico.

Iraq will have to repay the cost of the contract to Capgent once the power stations come into service and the total amount should be paid within two years, the statement said.

Iraq faces a chronic electricity shortage and intermittent power is one of the public's top complaints.

More than eight years after the U.S.-led invasion, its fragile national grid -- battered by years of war, sanctions and neglect, is only able to supply a few hours of power a day.

Demand for power is expected to increase with the onset of summer, when temperatures can reach 50 degrees Celsius (122 Fahrenheit) and people turn on their air conditioners to keep cool.

The national grid is expected to supply less than half of the country's 15,000 MW peak demand this summer, and the ministry of electricity is hoping to add around 1,000 MW to the grid this year.

In January it awarded a $219 million contract to South Korea's Hyundai Engineering & Construction to install four gas turbines in Baghdad with a total generating capacity of 500 MW. (Reporting by Ahmed Rasheed; Editing by Serena Chaudhry) 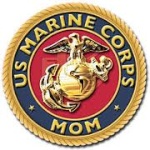 Page 1 of 1
Permissions in this forum:
You cannot reply to topics in this forum
Who is online?
In total there are 75 users online :: 0 Registered, 0 Hidden and 75 Guests :: 4 Bots