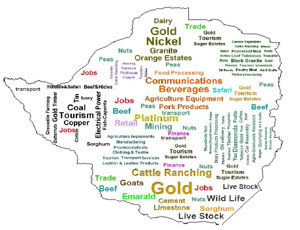 Our fairly new government recently released a document called Zimbabwe Agenda for Sustainable Social-Economic Transformation (Zim ASSET) that outlines government multi-sectorial plans at economic recovery right upto 2018. The ICT sector is listed among the seven or eight sectors that have to kick for the desired economic transformation to take shape and so far, it’s difficult to shake off that nagging feeling that says this is another paper plan that will not be executed.


The grand plan for ICTs is to basically improve connectivity for the masses by deploying ICTs for improved government efficiency (e-Government), enhance e-learning and conduct ICT Research and development.

There is no doubt e-Government is pertinent and despite it being talked about year after year, it still remains outstanding and government needs to show some clout and get it done with. A recent visit to one of our government departments revealed how desperate our public service needs what some would consider elementary e-filling. Countless stacks of paperwork and boxes filled more space than furniture and after witnessing that, I was tempted to forgive, or at least understand the pedestrian pace of service I received on that visit.

Governments most recent plan (there were many before Zim ASSET) to tackle this mess is to develop an e-Government policy, establish a government data center, automate systems and operationalize “e-government flagship projects”. Some of the expected outcomes are to eliminate revenue leakages, eliminate queues at the RG’s office and, wait for this, reduce the waiting period for a passport to 10 days.

The office of the President and Cabinet will be leading this drive to improve government efficiency and, according to the document, will “immediately facilitate the fulfilment of outstanding contractual obligations with service providers so that the process starts immediately”.
With e-leaning, government will try to increase computer literacy in schools and the wider community by expanding the presidential e-learning program and introduce Public Private Partnerships (PPPs) to expand infrastructure in our school. We are told the Ministry of Information and Communication Technology Postal and Courier Services will naturally work with the Ministry of Education to spearhead e-Learning.

Lastly, the government plans on paper are commission Research and Development in ICTs which will see the government promote three (3) national research projects and establish a “National High Performance Computer Center”. The government hopes that this would help improve ICT standards and utilisation. Once again this will be the Ministry of ICTPCs’ baby.
Other plans for wider connectivity are to capacitate TelOne, NetOne and PowerTel to develop key ICT infrastructure, improve ICT literacy by 10% annually, create an ICT Hub, create a national data center among other grand plans.

Obviously we can’t criticise the government for planning but each year it’s the implementation that always falls off the walls. The government has made key assumptions such as increased FDI, improved liquidity and access to lines of credit among other assumptions that won’t happen in the short-medium term and derail their “quick victory” targets. This has already cast doubt on the viability of their plans and will reduce the ZIM ASSET, to just another plan for the shelves.
You can download the Zim ASSET Document here