VietNamNet Bridge – Rich Vietnamese are becoming better known in the world for the way they spend money. 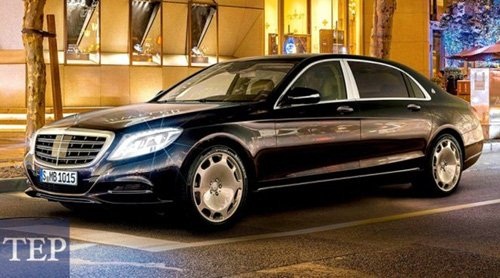 Of the 50 Mercedes-Maybach S600 manufactured for the global market in 2015, Vietnamese clients booked 10.

In the past several years, some Vietnamese have been named on the list of the richest men in the world.

This report does not disclose the names of the 2 USD billionaires of Vietnam but one of them was identified as Pham Nhat Vuong, the chairman of Vingroup, a big real estate group in Vietnam. He is also the sole representative of Vietnam on the list of billionaires by Forbes magazine.

According to the report, in 2014 Vietnam had 210 super-rich people, whose assets were over $30 million/ person. The total assets of this group were $20 billion, much higher than 115 millionaires and about $13 billion in 2011.

The Knight Frank Wealth Report 2015 said that the number of super-rich people in Vietnam will double to 300 in 2024.

Rich Vietnamese are on the world's super-rich map. And the appearance of the super-rich class has encouraged the inflow of luxury goods into Vietnam, such as yachts, airplanes, Rolls Royce, LV, Hermes products, and more.
Previously, Vietnamese people had to import cars at very high prices but now they can order from local showrooms, with softer maintenance charges.

The luxury car brands in Vietnam have reported positive figures. Mercedes Benz - which entered Vietnam 20 years ago - sold 1,106 vehicles in the first half of 2014, up 70% compared to the same period in 2013.

Daimler has just resumed the brand Mercedes-Maybach recently and launched the model S600 at the price of $451,850. According to the latest information, of the 50 Mercedes-Maybach S600 manufactured for the global market in 2015, Vietnamese clients booked 10.

Like China, the super-rich class in Vietnam is constantly looking for opportunities to invest their money and to spend money.

While the purchasing power of young Vietnamese people is increasing, the volume of alcohol consumed is also on the rise. Vietnam also leads Southeast Asia in the consumption of alcohol, with spending of $3 billion per year.

Page 1 of 1
Permissions in this forum:
You can reply to topics in this forum
Who is online?
In total there are 79 users online :: 1 Registered, 0 Hidden and 78 Guests :: 2 Bots