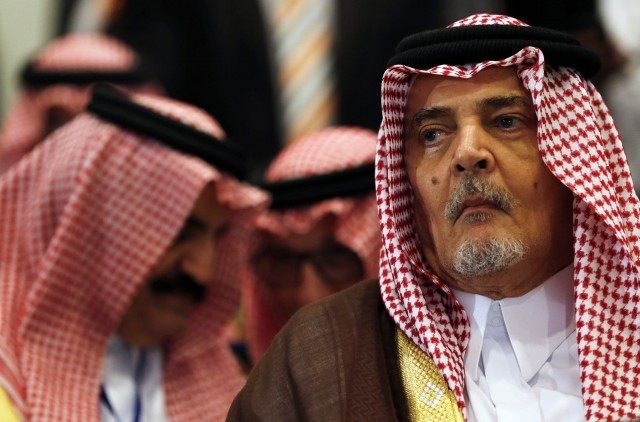 As the U.S.S. Theodore Roosevelt heads to Yemen to confront a convoy of Iranian ships, including destroyers, it is worth asking why President Barack Obama is still talking to the Iranian regime about its nuclear program. The Iranians, who used the Houthi militia to knock over the American-aligned Yemeni government, clearly has no fear that Obama will suspend negotiations. If anything, Iranian tactics are winning more concessions.

When you strike a deal with an enemy who continues to attack you, that is not called “peace,” but “surrender.”

It is a wonder Obama is even bothering to send an aircraft carrier to the region at all. His hand has been forced by two factors: first, that Saudi Arabia has gone to war in Yemen without bothering to ask for American approval; second, Yemen is key to Obama’s drone policy against Al Qaeda, his only modest military success.

America has lost more than an ally in Yemen or a foothold in Iraq. It has lost the opportunity to defend hundreds of thousands of innocent lives from being murdered by Iran’s Syrian ally, which is using chemical weapons against civilians. It has lost the opportunity to demilitarize Lebanon—an achievement then-Sen. Joe Biden foolishly claimed in his debate with Sarah Palin in 2008. It may even have lost the chance to stop a nuclear Iran.

Iranian foreign minister Javad Zarif made clear in his New York Times op-ed this week that the regime sees a nuclear deal as the key to regional domination. He offered—no, demanded—American cooperation on ISIS and other issues, not as a possible outcome of a deal but as a condition for a deal.

Yet the White House refuses to make its own regional demands—such as recognition of Israel, or an end to Iran’s global terrorism.

Israel has made clear that the Iran deal is an existential threat, and even that has not moved Obama to reconsider. The Arab nations are not waiting to be double-crossed, and are making their own plans, which likely include Saudi Arabia obtaining nuclear warheads from Pakistan.
In an attempt to save face, Obama has invited the Arab nations to a May 13 summit at the White House—long after final negotiations with Iran have begun.

Already, some Arab states have indicated that they will not be attending (Oman), or will only send junior delegations (Saudi Arabia, United Arab Emirates). Amir Taheri of the New York Post quotes one Arab official: “He is going to give a Churchillian speech. But we know that you can’t be Chamberlain one day and Churchill the next.”

Meanwhile, Israel quietly signals that it is not going to wait for a Churchill to arrive in the Oval Office.

'Obuttplug' wants control of every thing in every country- He will needle Iran until they start a war with the U.S.S.A., which is what he wants- He's pissed them off enough already- It's just a matter of time, folks, so get all your stuff together,get your wills made out, and upon seeing the 'welding Bright' nuclear flash, remove all objects from your pockets, bring your head slowly under your torso, and kiss your asses GOOD BYE-

Similar topics
» The Foreign Minister participates in the opening of the Munich International Security Conference in its 56th session
» Obama, Hu air economic disputes at APEC summit
» Maliki retaliates against Obama's accusations of being the creator of violence by blaming Obama for Daash
» Is Obama Letting Iran Take Iraq?
» Obama signed the law allows the issuance of special immigrant visas for Iraqis helped the United States