US Treasury Secretary confirms his country's readiness to help Iraq

US Treasury Secretary confirms his country's readiness to help Iraq 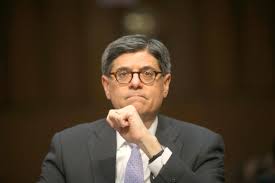 During the meeting, they discussed the US economic relations and has praised the level of Iraqi trade the US, which amounted to 16 billion , with military purchases 25 billion.
During the meeting, offer a number of practical ideas and proposals to stimulate the economic and investment cooperation between the two countries.
and at the same level research and Minister of Finance of the Federal Hoshyar Zebari with the Deputy Executive Director of the Bank Citibank CITY BANK and senior bank adviser in addition to Mr. Mary Kokhozucheha General Manager Bank Deutsche Bank.

The meeting was attended by Governor of the Central Bank, the senior adviser to the Ministry of Finance and was stressed Iraq's desire to find additional financial resources to the state treasury to cover the deficit, the government plans and Ministry of Finance as part of the precautionary measures to resort to the issuance of government bonds in the market for funds worth five billion dollars to ensure continued commitment Bayevaouat operations toward staff and a network of social protection, health and medicine and to support the war effort against Daash.

During the meeting, they discussed a number of issues common to speed up the process.

As the Minister of Finance of the Federal Hoshyar Zebari took part in the dinner invitation and discussion organized by Citibank Foundation, and the presence of the Secretary of the Treasury US Laurent Soma Reese internal Ukraine, Peru, the Philippines, Jamaica, Jordan, Saudi Arabia and the ministers and a representative of the European Union.

During the meeting, they reviewed the global economic trends and the effects of political changes and Regional political and financial situation of the countries in the region.

He said US Treasury Secretary Mr. Minister ready administration to provide support and assistance required for the work and plans of government programs . PUKmedia