Suicide is the New Murder in America

Suicide is the New Murder in America

Anger is being turned inward as the suicide rate soars. 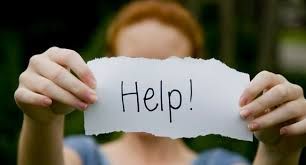 The reality of suicide in the U.S. is shrouded in mystery. Unknown to most Americans is the fact that the rate of suicide is sharply on the rise and has been over the past decade. At the same time, the rising suicide rate is contrasted by a steadily declining homicide rate.

These unusual and conflicting patterns of suicide and murder have co-existed for a number of years. Incredibly, there are now nearly three suicides for every murder committed in the U.S. Suicides also outnumber deaths in motor vehicle accidents. To put it in perspective, there are currently about 15,000 murders, 33,000 auto fatalities and 38,000 suicides in the U.S. annually.
The federal statistics also reveal that suicide demographic patterns are changing in the U.S. Suicide is no longer concentrated among isolated, elderly Americans and, to a lesser extent, troubled teenagers. It has been dramatically on the rise among middle-aged Americans. There has also been a dramatic increase in suicides among veterans of the Iraq and Afghanistan wars.
I have spent considerable time analyzing suicide as a criminologist and social scientist. Suicide has also affected my life personally, and profoundly, due to the untimely death of my beautiful, talented and brilliant former girlfriend who hanged herself in 2013.

I have come to believe that suicide in contemporary society, consistent with the groundbreaking conclusion of Emile Durkheim back in the nineteenth century, is a tragic social fact—that is, an explainable pattern of behavior based on sociological factors.

There are powerful forces in contemporary American society that help to explain the sharply rising suicide rate. These include financial insecurity, health and caregiving fears, a declining belief in the American dream, the threat of terrorism, and constant war since 2001, which have all led to alienation, anger and a sense of powerlessness for many people.

As reported in The New York Times last year, suicide rates among middle-aged Americans have risen sharply in the past decade, prompting concern that a “generation of baby boomers who have faced years of economic worry and easy access to prescription painkillers may be particularly vulnerable to self-inflicted harm” (1).

Dr. Ileana Arias, Deputy Director of the Centers for Disease Control and Prevention (CDC) told The New York Times that the rising suicide rate among middle-aged Americans might be due to a series of life and financial circumstances that are unique to the baby boomer generation. Men and women in that age group are often coping with the stress of caring for aging parents while still providing financial and emotional support to adult children.

The rise in suicides likely stems in part from the economic downturn over the past decade. Historically, suicide rates rise during times of financial stress and economic setbacks. “The increase does coincide with a decrease in financial standing for a lot of families over the same time period,” Dr. Ileana Arias told The New York Times.

There is a tremendous stigma attached to suicide in the U.S. that I believe is linked to the Protestant work ethic and its emphasis on individual choice and responsibility. That is, the Protestant ethic would suggest that if you commit suicide then you alone are culpable and society is relieved of any moral responsibility for your actions.
This ideological perspective which is at the heart of American culture can help to explain why politicians, religious leaders, and law enforcement authorities are not discussing the current suicide epidemic. As a result, it is invisible to the general public.

To summarize, I contend that alienating social forces over the past decade have made suicide the new murder as frustrated and fearful Americans turn their anger onto themselves and take their own lives in unprecedented numbers. However, the reality of suicide is invisible to the general public because the pervading American ideology of fierce individualism based on the Protestant ethic precludes an open discussion of suicide as a serious social problem.

As a society, we must agree to discuss the problem openly and honestly. Suicide must cease to be treated like a “dirty little family secret” and the stigma and shame associated with the act of suicide must be exorcised once and for all. We must initiate a national dialogue about suicide in the U.S. and deal in facts rather than fictions in order to halt the growing epidemic
In my most recent book, I examine the fantasies and habits of notorious serial killers, including the “Son of Sam” and “Bind, Torture, Kill” based on my personal correspondence with them, in Why We Love Serial Killers: The Curious Appeal of the World’s Most Savage Murderers. To read the reviews and order it now, click: http://www.amazon.com/dp/1629144320/ref=cm_sw_r_fa_dp_B-2Stb0D57SDB (link is external)


(1) Parker-Pope, Tara. “Suicide Rates Rise Sharply in U.S.” The New York Times, May 2, 2013.
Dr. Scott Bonn (link is external) is professor of sociology and criminology at Drew University. He is available for consultation and media commentary. Follow him @DocBonn on Twitter and visit his website docbonn.com (link is external)