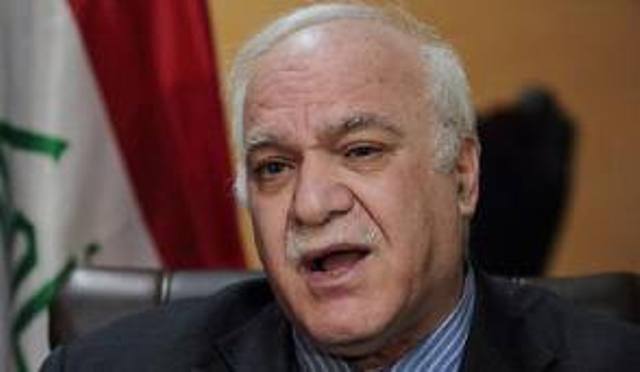 He attributed the appearance of Mohammed Saleh, adviser to Prime Minister Haider al-Abadi for Economic Affairs, a CBI limited auction for the sale of currency through remittances only to prevent any process of money laundering, trade and speculation. "
Saleh said in a press statement that "currency auction at the Central Bank did not stop, but the mechanisms Ngiller became cover financing traders requests for Astiradthm of foreign currency carried out through banks namely that meet these demands because it is a legitimate and well thought out and well-known destinations applications without the need for cash for the auction."

He added that "the action was merely regulate the mechanisms of action did not stop the auction, but the foreign currency remittances through processing and there is a section for the registration of banks cash in dollars for the purposes of tourism and travel."
The Deputy Governor of the Central Bank of the former, "the continuation of the monetary policy of the Bank and to maintain the purchasing power of the Iraqi dinar and at the same time distant trade for speculative financing and money laundering."

The Iraqi Central Bank announced today the start applying the new system of remittances and sell the currency ", denying reports about" Stop selling the dollar operations. "
The source familiar with the bank, males "cover the need banking offices, community and government banks of currencies will be through money orders only," adding that "this decision is not contrary to what was stated by the budget bill for 2015 identifying the auction amounts to 75 million dollars."

The source indicated that "the move is part of the Bank's policy to maintain the stability of the Iraqi dinar exchange rate against the dollar has been preceded by a step to reduce the volume of sales in the auction."

The Central Bank of Iraq sells in previous years, sums up to billions of dollars a month, but decreased significantly in the past few weeks where he sold more than $ 2.8 billion in the month of January last.

Similar topics
» Industry calls on the central bank to stop the sale of the do auction to prevent its export abroad
» Baghdad today publishes 3 secret documents, especially exposing those involved in the smuggling of about two billion dollars outside Iraq
» Speech of the Director of the Money Laundering Division in Rafidain Bank Trip in the context of combating money laundering and terrorist financing Read more
» The central bank sells money orders worth 40 billion dinars
» The Central Bank organizes a training course in combating money laundering