First International Investment Conference, on Wednesday, under the auspices of the Committee on Economy and Investment parliamentary.

A reporter for the agency {Euphrates News} today that "the presence of Deputy Prime Minister for the Economy Rose Nuri Shaways launched the first international investment conference, sponsored by the Committee on Economy and Investment representative." The conference was attended by investment agencies and a number of investors inside and outside Alarac.anthy

BAGHDAD / Center Brief for the Iraqi Media Network ( IMN ) - Deputy Prime Minister Bahaa al-Araji, boil the activation of Article 15 of the Investment Law.
They said in his speech at the International Conference on Investment in Iraq, which is hosted by the Committee on the economy and invest in the House of Representatives, that Article 15 if it did would address all impediments to the investment process, as well as giving broad powers to the provinces to facilitate investment.

Economy and Investment parliamentary: the government and parliament are keen on the success of any opportunity to provide the Iraqi economy diversity

{Baghdad: Euphrates News} The head of the Commission on Economy and Investment parliamentary Jawad al-Bolani, on Wednesday, the government and parliament are keen on the success of any opportunity to provide the Iraqi economy diversity.
Bolani said in his speech during the First International Investment Conference which was held in Baghdad attended by Agency correspondent {Euphrates News} today that "the government and the House of Representatives is keen to ensure the success of any opportunity to provide the Iraqi economy, which is needed diversity to the economic situation and the development of his abilities service."
He added, "The Commission of Economy sure that a conference of investment and legislation investment law alone is not enough, but we need a package of laws," adding that "the investment in Iraq is an investment for the future."
It is noted that in the presence of Deputy Prime Minister for the Economy Rose Nuri Shaways launched The First International Investment Conference Wednesday morning, under the auspices of the Committee on Economy and Investment Algnapeh.anthy 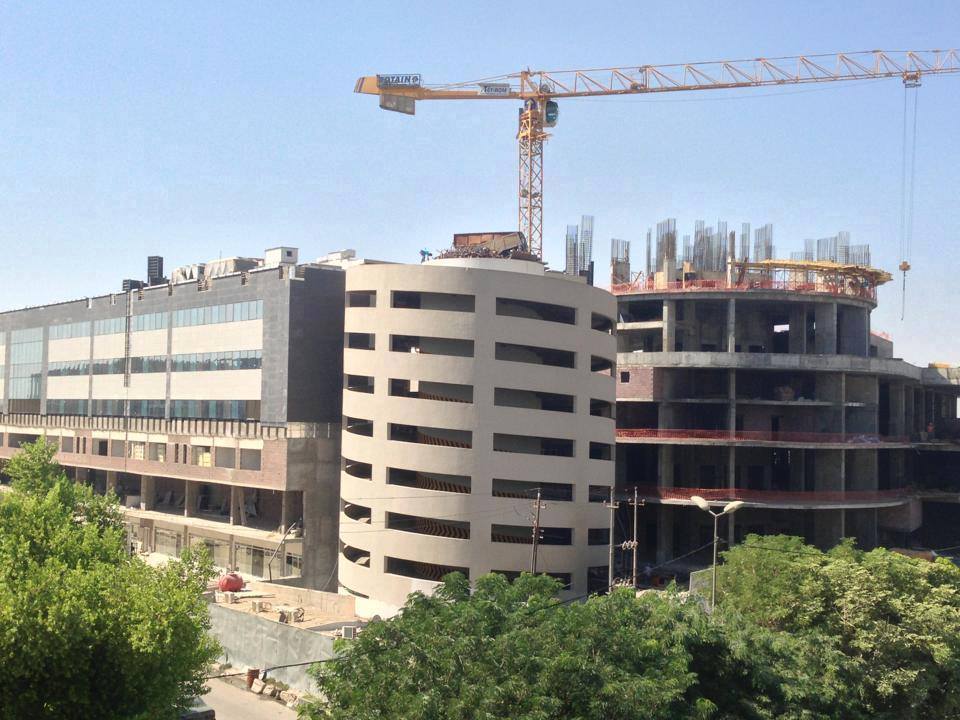 BAGHDAD / Center Brief for the Iraqi Media Network ( IMN ) - Chairperson of the committee preparing the paper said the International Investment Conference MP Nora Albjara, the first international investment conference will contribute to the gain investors and revive the Iraqi investment.

Albjara and added that "the first international investment conference will highlight the obstacles facing investment in Iraq, and how to solve them in order to work on the revitalization of the area of ​​Investor and revive the country's economy."

The Deputy Prime Minister Nuri Shaways in his speech at the conference on Wednesday, that the investment path in Iraq has been stalled due to several circumstances in the forefront of the violence, noting that he does not invest in Iraq without the presence of electric power.

The head of the National Investment Commission Sami al-Araji, Wednesday, that did not take a single-window range on earth, for administrative reasons hindered implementation.

Shaways said in a speech at the International Investment Conference which was held at the Babylon Hotel in central Baghdad and attended (range Press), "The upgrading of the investment needs to be comprehensive steps on the social, economic and legal levels and the other to provide a healthy investment climate that promotes laws, as well as the cooperation of the executive and legislative branches for the abolition of all laws inherited from the previous covenants that are inconsistent with the investment policy and development process of the state. "

Shaways said that "one of the important proposals for the development of the investment is to fight red tape and bureaucracy and limiting procedures in investment projects, transactions and limited time via electronic correspondence," and called for "solving the problem of the allocation of plots of land for the establishment of investment projects that represent the most important obstacle to investment."
The Vice Prime Minister to "the need to give a greater role for local governments in federal projects and the contribution of the private agencies specializing in providing consultancy sector," stressing "the need for the private sector restores activity and find an opportunity of real partnership with the public sector and foreign investors to implement projects to support."

Shaways said that "it is necessary to the continuation of the amendments to the investment law in order to stay in line for the variables in different countries as well as the fight against financial and administrative corruption and limit the influence and awareness of its dangers," calling to conduct surveys to determine Iraq's economic and development and investment possibilities and employment and encouraging government banks to take the role and reconsider abide by its laws to keep up with developments in the banking world. "

He stressed Shaways on "infrastructure and services to address, especially in the field of energy investment universe are not taken without them."

The board of Investment Baghdad demanded, in the second of September 2015, Prime Minister Haider al-Abadi to form a committee to study the draft amendment to the Investment Law, attributed the reason to the failure to address the major issues that support investment projects, and accused the ministries of "blocking" projects, likely not to pass the draft law in parliament.

The House of Representatives in October passed, in 2006 the Iraqi investment law, which it was said at the time that it would open the door to foreign investment, because introducing a lot of facilities to foreign investors, but that many foreign companies are still hesitant because of fears that the security situation unstable in Iraq, adding that the law did not give investors the right to ownership of the property the project, and equated the Iraqi and foreign investors in each concession, with the exception of real estate ownership, where can the foreign investor of the lease the land for 50 years, subject to renewal, according to paragraph 11 of the Code investment, to vote in the House of Representatives in 2010, to modify it.
*****************
Tweet