Currencies Yen recovers after the decision of the Japanese Central

Currencies Yen recovers after the decision of the Japanese Central 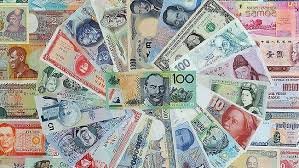 The yen rebounded against the dollar on Wednesday, after the Bank of Japan left its monetary policy unchanged, which forced speculators who predicted further easing to filter the bets they have placed on the depreciation of the currency.  Dollar fell 0.9 percent to 117.71 yen to come back moves towards its lowest level in the month of 115.85 hit in the recent period. The currency rose to 118.87 last night after investors sold the Japanese currency proactive step in the case of the Bank of Japan to facilitate the policy.

Sterling falls 0.4 The pound fell after the latest meeting of the Central Bank of England and the facts showed the two abandon all claim to raise interest rates.  Sterling fell to $ 1.5076 from 1.5143, down about 0.4% sterling and went down to 76.805 pence per euro after the minutes of the meeting of about 76.42 pence earlier.  However, some analysts said they expect prices to remain low during the next six months. Ruble record decline  Russian ruble currency recorded during trading, on Wednesday, a decline against the dollar and the euro on the back of continued geopolitical tensions in the region due to the Ukrainian crisis. And select the Russian central bank dollar exchange rate against the ruble for Thursday, at 65.5555 rubles to the dollar.