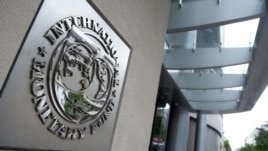 Search Finance Minister Hoshyar Zebari, with the International Monetary Fund problem the shortfall in the Iraqi budget for 2015.
In remarks to a number of Iraqi media between Zebari said recent security developments and financial burdens resulting from the government to support the military effort to fight al “Daash” significant decline in oil prices and a negative impact on the budget.


He said Zebari, he and his accompanying delegation discussed at the meetings in the past two days in the Jordanian capital Amman with IMF experts how to overcome the crisis, and said that the views were close to each other, as it was agreed that fills happening in the budget deficit through internal sources, if there are funds in Trade Bank of Iraq, and there SDR of Iraq from the International Monetary Fund, an Iraqi funds to reduce the deficit to reasonable levels, as well as a package of reforms in the country, even to find alternative sources of oil resources, such as raising taxes and fees and to encourage investment.


Zebari pointed out that the question of borrowing from the World Bank and the International Monetary Fund on the table by the government, but they have not reached a decision yet on this subject, and this will be the last solution solutions in case you can not deficit from internal sources coverage.


The finance minister said that the Iraqi delegation rejected the request of the International Monetary Fund and the lifting of fuel subsidies and ration, noting that the Iraqi government is obliged to provide the needs of the citizen.


The Iraqi delegation included Minister of Finance and representatives from the ministries of oil, planning and the Central Bank of Iraq.