Foreign money experts are wondering: Who will recognize the golden dinar Daash

Foreign money experts are wondering: Who will recognize the golden dinar Daash 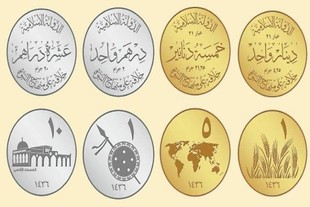 The organization "Daash" reviews the Brighth, and constitutes courts and ministries, and issue passports and even license plates, but the leaders of this group, which took over parts of Syria and Iraq, began plans to issue a special coin Bha.vfa announcement last Thursday praised the organization (Daash) freedom of "the global economic system based on usury satanic", and said he would begin a coin of gold, silver and copper in the basic tradition similar to the days of the seventh century successors. According to the announcement that the coins will have the weight and the value of standardized and used in areas controlled by the organization. Announcement did not say when it will be trading this currency minting and how, but the question remains; you actually will be able to set the minting of a viable currency? Historians of money and advertising experts describe this as a mere propaganda intended to give legitimacy to this group, and they say that the business practiced by this group could eliminate this currency, especially the stigma suffered. They added that the use of the currency is determined in the basic purposes and in the purchase and sale of other goods.
Asked David Phillips, a former adviser to the United Nations and the State Department, and currently works in the Institute for the Study of Human Rights at Columbia University, said, "a central bank would accept the coin Daash? It is like blood diamonds, there is a solid financial institution with the credibility to accept this currency" .bad wondering how to organize Daash that earns enough gold and silver to produce coins are traded widely, even with profits earned from oil smuggling and taking the ransom for the hostages and robbery, while others say that the minting of such coins in a flaming war zones could face a lot of problems.

Steve adds that it is more baffling is that Daash argue that this currency will not be affected by fluctuations in the dollar and other currencies prevailing in the world, and often the value of gold is moving in the opposite direction of the dollar, which has recently increased.

Says Steve Hank, currency expert at Johns Hopkins University, "This is nonsense, of course does not make sense, the purchasing power is determined by the global gold market Bdaash nothing to do with."

Some economists say, Daash to use gold for money may aspire, as he sees the potential for a new scene of smuggling and theft, including that the organization sees load interest taboo according to Islamic law, it adopted the gold, as an investment devoid of interest.

This can be an ideal way for Muslims militants for doing business and the accumulation of wealth, even with the rising or falling currency, the people since ancient treasure of gold due to retaining its value globally as a safe alternative for the currency paper, especially in times of turmoil, as the major central banks in the world maintain stocks very large gold.

In the history of money, before the coins made ​​of gold and other precious metals - which began trading limits in 500 BC - in paper currency produced and then deliberated nearly 1,300 years.

Says James Rickards, a lawyer, economic and author of the book (the death of the money), "There is no place in the world does not accept private gold since the financial crisis of 2008".

He adds that groups such as Daash far from traditional banking methods using well-known digital currency other confidential means to transfer money across the border, it is the other method of gold.

He says, "I always talk about gold as part of the core of the threat, it is not surprising to see that."

He continues, Steve Hank, that the most important factor is the currency Daash symbolism "They produce currency, it is known that the currency produced by states, so this suggests the appearance of the manifestations of the state."

For its part, reported the British newspaper The Guardian, said that the organization Daash has made ​​his fortune by means of modern finance, but today seeks to minting its own currency.

It was reported that they thought of Abu Bakr al-Baghdadi, the mastermind of the organization, "Daash" who personally oversees the design of the coin of the Islamic dinar, which intends to use in the alleged successor as soon as the group be able to find a place mint and enough of the precious metals.

The organization claims that the currency will liberate Muslims from the financial system, which "enslaved and the poorest", but that this currency will not be fully consistent with the prevailing economy, has acknowledged that the value of each coin will reflect the value of the metal in the commodities market.

With no world recognition Daash succession, there will be no value for its currency outside the areas controlled by Syria in the east, west and center of Iraq, but who dare to trade with the group will be exposed to the risk of money laundering and terrorism charges.

So far, the purchases of oil from fields controlled by Daash be implemented using the euro and the dollar and the Iraqi dinar, there is no likelihood of interruption of these deals, and I have paper currency earned by Daash in transforming this organization of dispersant to the richest terrorist organization in the world group helped.
http://goo.gl/mM0oDA
*****************
Tweet

Re: Foreign money experts are wondering: Who will recognize the golden dinar Daash

OMG They are really going to piss off the Rothschild's, may-be this war won't last that long afterwards 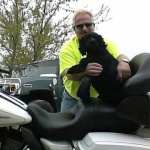 Re: Foreign money experts are wondering: Who will recognize the golden dinar Daash

Page 1 of 1
Permissions in this forum:
You can reply to topics in this forum
Who is online?
In total there are 85 users online :: 1 Registered, 0 Hidden and 84 Guests :: 3 Bots