There are concerns of election manipulation in Maliki's Favor

There are concerns of election manipulation in Maliki's Favor

Deputy Coalition, Allawi: HSS diagnosed manipulation of results by Al-Maliki and we have our legal 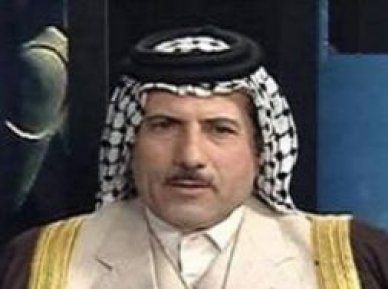 Deputy Coalition, Allawi: HSS diagnosed manipulation of results by Al-Maliki and we have our legal
May 19, 2014 2: 02 pm
Adnan said aldenbos MP for the movement led by Iyad Allawi, indications of manipulation, especially after the press conference the free block that if accused the State of law coalition and its leader, Prime Minister Nouri al-Maliki, that is a clear indication of a manipulation of the election results and we have our legal after the announcement of results if they are not satisfied. "


Due to the independent High Electoral Commission said Monday at a press conference convened by the Board of Commissioners at 3 this afternoon the final results of the elections to the House of representatives.


Aldenbos said in a press statement today that "the legal procedures in the case of forms of election results are challenged, complaint and sorting and counting, noting that" the indications of manipulation, especially if the free block charges for Prime Minister Nouri al-Maliki, rigged the election results favor. "


"According to information that reached us, accord, holds 20 seats in the next Parliament and highlighted the winners is the head of the movement, Iyad Allawi, but the rest of the names are not known, stating" I'm among the winners in the accord. "


The liberal parliamentary bloc revealed documents "condemns" the State of law coalition led by Prime Minister Nouri al-Maliki [forging many] in the lower House election which took place on 30 April last, the salinity of the questioning of the Election Commission "in case no decision against fraud."


Liberal MP said Amir kinani told a press conference with a number of his deputies in the Parliament building on Sunday that "it is the duty of our legal, ethical and legal to be diagnosed and the counting process made through following up the counting process and show the results final, especially on [ultra Center] Center President to show results and we found in the documents are models by the Election Commission and formally obtained several cases of fraud in favor of the State of law coalition.


Several political parties have criticized the delay the onset of the final results of the parliamentary elections held on 30 April last year also questioned the integrity and transparency of some counting centres and cases of fraud in the polls. "
The religious reference and by Sheikh Abdul Mahdi karbalai representative has called on the Electoral Commission to "take full professional to calculate the results of votes, the votes of the people in the necks of address liability and hoped to keep the accuracy and transparency of the counting process and accelerating the announcement of results a boost to attempts by some to change or question the results, because everyone is watching for a change for the better".


The head of the Islamic Supreme Council of Iraq Ammar al-Hakim, had threatened to take a decisive response if the election results are logical, but stressed that "any simple political majority will make the next Government weak and miserable and worried.


Al-Hakim said in a speech during celebrations to mark the birth of Imam Ali (peace be upon him) set up his Office in Baghdad "we are approaching the preliminary results announced by the independent Election Commission, reached in preliminary screening in this electoral process, but delayed the announcement of any official information so far after this period, the effects of anxiety and doubts among many communities and involved".


The MP candidate list Tuma Arabic, headed by Deputy Prime Minister Saleh Al-mutlaq had exposed the manipulation of ballot papers for elections in Anbar province for displaced voters to Kurdistan stating that "a large number of invalid papers of the region and replaced with non-papers that the voice of the
http://burathanews.c...ews/236970.html

Similar topics
» Malikis Health Care
» 10 Split from Malikis bloc in Baylon - threatens to sack government
» Interesting Election and Post Election News - Easy Read American English
» Frank26: "They're talking about the exchange rate again and they're doing it because there's an election coming up" (And There It Is - It 'RV's' Before The Election! Black Friday Any One? LOL) 8/10/21
» Politicians could extend current session if there is failure to pass election law; Election law has 85% approval rating