Wadeo:  Before Kuwait revalued their currency in 1991 they announced new Banking Policies! Iraq has just done the same!

AFTER THE WAR; No Electricity but Kuwait Reopens Its Banks

It still has no water and little electricity or food, but Kuwait revived its banking system today, introducing a new currency.

Banks reopened for the first time since Iraqi occupation forces shut them down in December. Thousands of people lined up to exchange their old Kuwaiti dinars for crisp new ones and to withdraw a limited amount of money.

Without electricity, the banks services were slow, limited to money exchange and withdrawal. There was no telex, no electronic money transfer and no telephones. The computers were unusable, so all transactions had to be entered by hand.
....

"It's like going back 20 years," said Mohammed al-Yahya, the manager of the Commercial Bank of Kuwait, the nation's second-largest bank.

The Central Bank is canceling the value of Kuwaiti dinars that were seized from the Central Bank and put into circulation by the Iraqis. The invalid serial numbers were posted today in front of all banks in the city.

Although it is severly handicapped without electricity, the Commercial Bank, like many other major banks, was able to open for business because its records had been saved from the Iraqis. Mr. Yahya hid the bank's balance sheets in his home and sent its computer records to London via Syria with an Indian employee, who packed the tapes into the back of a trailer.

The banks also face serious personnel shortages. Only 11 of the Commercial Bank's 35 branches opened today, with 137 out of 1,300 workers.

Before the Iraqi invasion, only 17 percent of the bank's staff was Kuwaiti. Many of the foreign workers -- Jordanians, Palestinians and Indians -- fled and now cannot re-enter the country.

For those exchanging money today, there was little they could buy in Kuwait. Many of those in line said they planned to use their money for vacations or for shopping trips to Saudi Arabia to buy generators and food.

"I need to get away from this pressure," said Abdul Mohammed Hussein, a computer engineer in his early 40's who said he was withdrawing 1,500 new dinars to take a vacation in the United Arab Emirates. "Everywhere you go you find lines. At the supermarket, you find lines. To get petrol for the car, you find lines."

Abdul Hamed al-Atar, a 50-year-old retired Interior Ministry official, said this was the first time he had set foot in a bank since September, and he seemed relieved. "Kuwaits always keep a lot of cash with them," he said as he was handed crisp new piles of money that he stuffed into a small bag. "It's a comfort to have money in my hands."

Photo: As Kuwaiti banks opened for the first time in months, a group waited in line to change old banknotes for new. New currency was printed to replace stocks of previous notes looted during the Iraqi occupation. (Agence France-Presse)

Re: Making Mountains out of Mole Hills - Wadeo

Re: Making Mountains out of Mole Hills - Wadeo 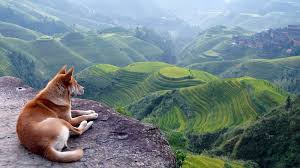