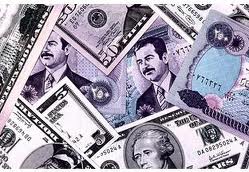 Nora Salem: Government should avoid using central bank reserves before budget
In an Interview with Radio, the member of the Economy and Investment Committee Nora Salem said that the Iraqi government should avoid using central bank reserves before the budget 2014. He said that this would affect countries economic growth and caste negative impact on countries development and growth for this year.
In addition, it can cause serious problems for CBI when it comes to managing its hard currency and other reserves. “The CBI should not allow the government to use its funds before the budget in any form including borrowed money. Continued government borrowing from the central bank had already cause enough problem for the central bank and if they don’t ceased that activity, it can further deepen the problems for country.
It’s being said that the Iraqi government is taking all the necessary measures to improve Iraq’s economy, but such steps making things even worse for the country rather than improving them. Nora Salem also stressed the CBI officials to speed up the process of the new budget adaptation as further delay in this connection can cause serious problems for the country. Time has come when Iraqi government has to avert its ways to help the country out of current situations.