The Prime Minister has issued Decision 447 on borrowing and repayment plans in 2014. Limits on government-guaranteed loans and medium and long-term foreign loans of enterprises and organizations in 2014 are also mentioned in the decision.

The Prime Minister has issued Decision 447 on borrowing and repayment plans in 2014. Limits on government-guaranteed loans and medium and long-term foreign loans of enterprises and organizations in 2014 are also mentioned in the decision.

VietNamNet Bridge - The Prime Minister has issued Decision 447 on borrowing and repayment plans in 2014. Limits on government-guaranteed loans and medium and long-term foreign loans of enterprises and organizations in 2014 are also mentioned in the decision. 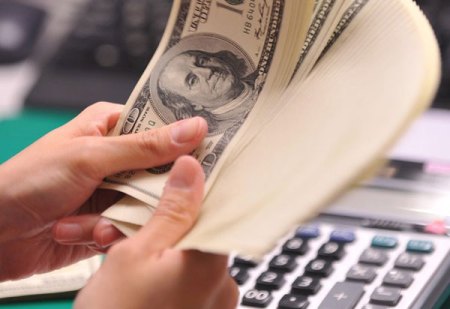 The Government's borrowing plans this year include VND367 trillion of domestic loans.
Specifically, domestic loans guaranteed by the Government this year are up to VND70,492 billion, including guarantees for bonds issued by the Vietnam Development Bank of VND40 trillion, Bank for Social Policies of Vietnam (VND15.5 trillion), and key national projects (VND15 trillion).

The state budget will also pay more than VND92.3 trillion for settlement of domestic debts and VND49.2 trillion for foreign debt.

The Ministry of Planning and Investment was assigned to review BOT projects under negotiation, the large FDI projects ... to monitor foreign loans to ensure the country's foreign debt in 2020 not exceeding 50 percent of GDP.

According to a report released last October by the Ministry of Finance, by the end of 2012, total public debt of Vietnam was 55.7 percent of GDP, which remains within safe levels as recommended by international organizations (below 65 percent of GDP). Meanwhile, on the meter of the global debt of The Economist, Vietnam's public debt by April 11, 2014 was $80.5 billion, up 11.2 percent over last year, and accounted for 47.9 percent of GDP. On average, each Vietnamese is burdened with $891 of debt.

In 2013, the State budget balance fell into difficulty due to the unstable economic situation in the country, and decreased government revenues. This prompted the National Assembly to raise the budget deficit ceiling to 5.3 percent of GDP in 2013-2014, after showing determination of cutting this indicator to below 4.5 percent of GDP in 2015.
US$1 = VND21,000

Similar topics
» The cabinet votes on the validity of a previous decision on postponement of repayment of loans from government banks
» Appeals to activate the financing of small and medium enterprises decision
» Dr.. Saleh's appearance underestimates the weight of foreign loans for a low interest rate and long repayment period
»  Document: The Prime Minister agrees to the Iraqi Trade Bank to launch small and medium loans
» The Minister of Foreign Affairs affirms Iraq's commitment to a balanced foreign policy and to stand in the way of interference in its decision-making process