After experiencing their toughest days in the period of 2008 to 2011, foreign investment funds saw the “light at the end of the tunnel” in 2012. And now they confidently say that the worst days are over.

After experiencing their toughest days in the period of 2008 to 2011, foreign investment funds saw the “light at the end of the tunnel” in 2012. And now they confidently say that the worst days are over.

VietNamNet Bridge – After experiencing their toughest days in the period of 2008 to 2011, foreign investment funds saw the “light at the end of the tunnel” in 2012. And now they confidently say that the worst days are over. 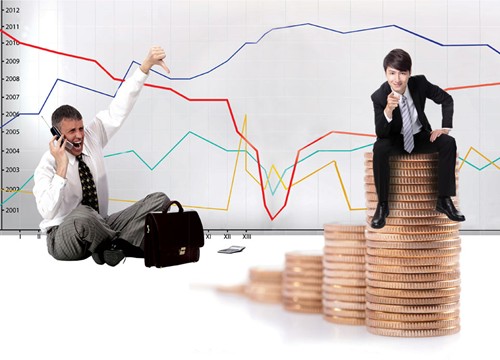 VinaCapital, Dragon Capital and Mekong Capital are preparing to raise new funds as the Vietnamese stock market has warmed up after a long period of “hibernation”.
Analysts once predicted that many foreign investment funds would have to shut down in 2008-2011, when the VN Index fell dramatically and brought losses to investment deals.
However, the prediction did not come true. In fact, the funds have revived amid the strong recovery of the stock market.

A report of Edmond De Rothschild, a British securities company, disclosed that about 10 foreign investment funds in Vietnam had their NAV (net asset value) increase by more than 22 percent in 2013 – the growth rate of the VN Index in that year.

Despite tasting bitterness in 2011, the funds poured money into Vietnamese private businesses, and achieved considerable growth rates in 2012 and 2013.

Meanwhile, the funds managed by Vina Capital, including the Vietnam Opportunity Fund Limited (VOF), have reported a 15 percent NAV growth rate per one treasury stock in 2013.
In the latest report, VOF’s Managing Director Andy Ho attributed the growth to improved efficiency of the investment portfolios.

In 2013, Vinamilk’s shares, which accounted for 15.4 percent of VOF’s NAV, saw their price increasing sharply, by 132 percent, bringing a hefty profit to VOF. The values of the shares VOF holds in Hoa Phat Group (5.7 percent of NAV) and Kinh Do (4.9 percent of NAV) have also increased significantly thanks to the stock price increases.

Therefore, analysts believe that the foreign capital flow will head for Vietnam Airlines (air carrier), Vinatex (garment and textile), VinaCement (cement manufacturer) and MobiFone (telecom), the “major players” which are slated to soon be equitized.
Analysts see this as the second opportunity for the Vietnamese capital market. The first one was missed when Vietnam was too slow in its equitization process at the time it joined WTO in 2007.

However, Dominic Scriven, from Dragon Capital, noted that it is always very difficult to raise funds for investments in Vietnam. In early 2012, Dragon planned to set up a new fund with investment capital of $100 million. However, it failed to do this.
Mekong Capital and Vina Capital also failed to set up new funds with hundreds of millions of dollars in 2012-2013.

I wonder if much of this is due to the fact that many of the manufacturing that is currently being done in China will move to Vietnam because of cheaper labor rates.  At least that was the plan a few years ago. Apparently the Chinese are becoming a bit too demanding with regards to earning a wage.

Eventually that may be North America.

Page 1 of 1
Permissions in this forum:
You can reply to topics in this forum
Who is online?
In total there are 70 users online :: 0 Registered, 0 Hidden and 70 Guests :: 3 Bots