MessageToEagle.com - The fabled Hanging Garden of Babylon has since ancient times been recognized as one of the Seven Wonders of the World - but no trace of it has ever been found.

The location of the legendary Hanging Garden of Babylon is still one of the great mysteries from antiquity.

According to ancient myths and legends the gardens were marvelous not merely for being raised upon vaults, but also for a very innovative system for watering them.

Popularly attributed to Nebuchadnezzar II, of the 6th century B.C., they are not mentioned in any of the written sources for that king's reign, nor have they come to light in extensive excavation of his palaces in Babylon, carried out by German team over more than a quarter of century. 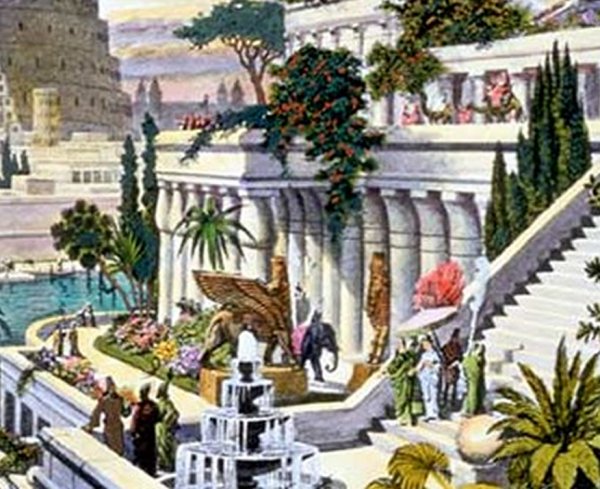 The classical depiction of the fabled Hanging Garden of Babylon.

This raises the question whether the marvelous gardens exist only in myths and legends of the ancient people or if we have perhaps looked in the wrong places.

After 20 years of research, Dr Stephanie Dalley of Oxford University has the gathered evidence suggesting garden was created at Nineveh, 300 miles from Babylon, in the early seventh century BC.


A recent excavation near Nineveh found traces of an aqueduct with the inscription: 'Sennacherib king of the world...
Over a great distance I had a watercourse directed to the environs of Nineveh'.

According to Dr. Dalley, the landscapes of Babylon and Nineveh support her conclusion - the flat countryside around Babylon would have made it impossible to deliver water to the raised gardens as described in classical sources. 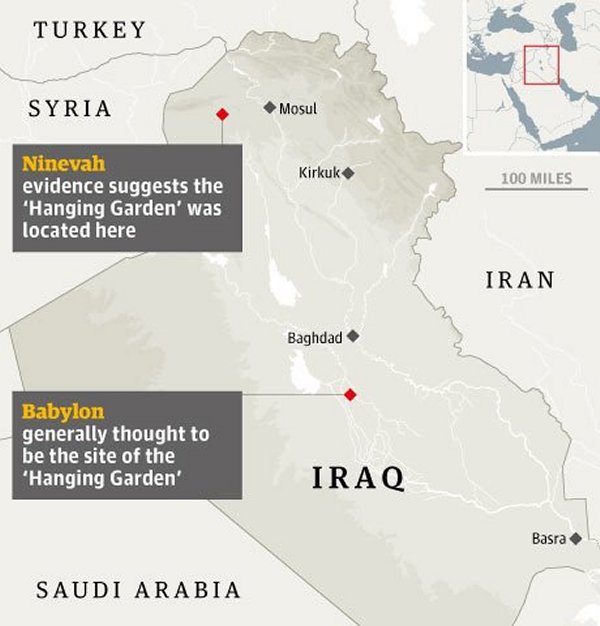 Dr Dalley suggests that after Assyria conquered Babylon in 689BC, the Assyrian capital Nineveh may have been seen as the 'New Babylon', which could have created the confusion.

Earlier research showed that after Sennacherib conquered Babylon, he renamed all the gates of Nineveh after the names used for Babylon's city gates. 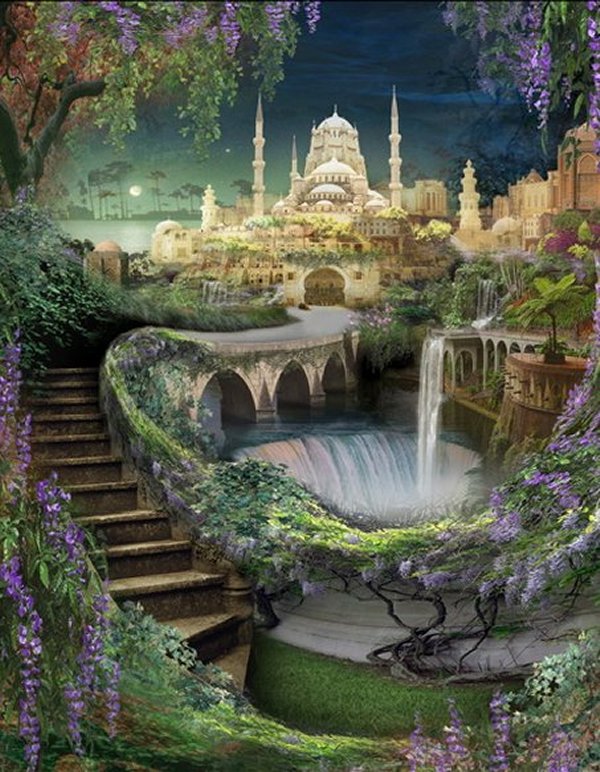 There are many beautiful depictions of the Hanging Gardens of Babylon, but no-one really knows what the place looked like. Image credit: www.stylisheve.com 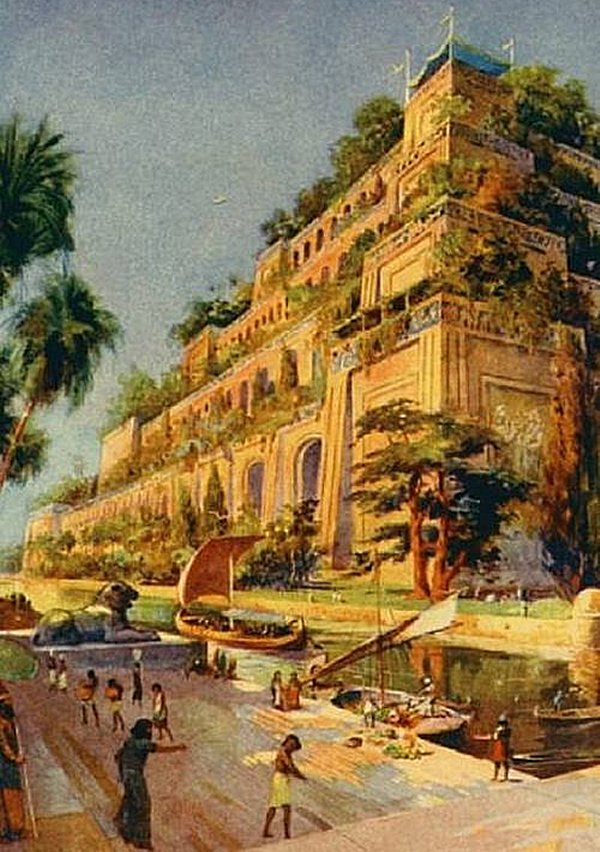 The gardens were just as beautiful as real. Image credits: www.stylisheve.com

Hanging Garden may in fact have been depicted in a bas-relief from Sennacherib's palace in Nineveh, which shows trees growing on a roofed colonnade as described in classical accounts of the 'Babylon' gardens (see image below). 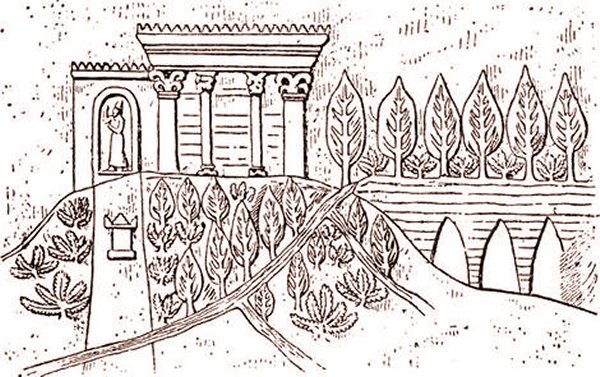 A bas relief showing that Nineveh might be the more likely site of the garden.

"It has taken many years to find the evidence to demonstrate that the gardens and associated system of aqueducts and canals were built by Sennacherib at Nineveh and not by Nebuchadnezzar in Babylon,' Dr Dalley says.

'For the first time it can be shown that the Hanging Gardens really did exist.'

The Mystery Of The Hanging Garden Of Babylon by Stephanie Dalley is published by Oxford University Press.