WASHINGTON, Mar 15 (IPS) - Despite pressure from the Barack Obama administration, Ukraine's new prime minister, and a veritable who's who in Washington's foreign policy and financial establishment, Congress adjourned Friday for a 10-day recess without approving emergency assistance for an increasingly beleaguered and economically bereft Ukraine.
The failure to pass a billion-dollar package of loan guarantees – just two days before a Moscow-backed plebiscite in Crimea is expected to endorse secession from Ukraine and integration with Russia – resulted largely from Republican opposition to reforming the International Monetary Fund (IMF), the Washington-based multilateral agency that is expected to take the lead in any rescue of Kiev's debt-ridden economy.3


While the Democrat-led Senate Foreign Relations Committee combined both the aid and the IMF reform package, Republican leaders in the House, which passed the aid package as a stand-alone measure last week, said they opposed adding the IMF provisions, which, among other measures, would permit the Fund to lend more money to needy clients, including Ukraine.

"I understand the administration wants the IMF money, but it has nothing at all to do with Ukraine," said House Speaker John Boehner just as the Senate was poised to pass its version of the emergency bill.

He spoke after Secretary of State John Kerry exhorted lawmakers to approve the Senate package during a hearing Thursday before flying off for his latest – and apparently inconclusive – meeting on the Ukraine crisis with Russian Foreign Minister Sergei Lavrov in London Friday.

"We must have IMF reform, we must have the quota," he said in a reference to the increase in Ukraine's ability to borrow more from the Fund if the package goes through. "It would be a terrible message to Ukraine for everybody to be standing up talking, appropriately, about what's at stake and not to be able to follow through."

He was backed up by a letter sent to the Congressional leadership by more than two dozen former cabinet officials, including former national security advisers Henry Kissinger, Brent Scowcroft, Zbigniew Brzezinski, and Condoleezza Rice, and former Treasury Secretaries Robert Rubin, Larry Summers, and Robert Zoellick, among many others.

"The immediate importance of a strong IMF role for countries in crisis is apparent now in Ukraine, which seeks help from the U.S. and IMF to maintain its independence and economic health," according to the letter. "Implementation of IMF quota reform would mean Ukraine would be able to borrow 60 percent more in rapid IMF financing (from one billion dollars to 1.6 billion dollars) than is possible today."

Coupled with other aid, the letter, which was coordinated by the Bretton Woods Committee, asserted, the "geopolitical position" of its government in dealing with the current crisis with Russia should be enhanced.

The IMF reform package, which was adopted by the Fund's governing board in 2010, cannot take formal effect until the U.S. approves it given the effective veto power Washington wields in the agency.

In addition to providing the Fund with additional lending resources, its main effect would be to reallocate countries' quotas to increase the currently underweighted influence of emerging economies, such as Brazil, China, India, and Turkey, while decreasing the cumulative share of European members whose representation on the board – and whose access to the IMF's lending facilities, especially in the wake of the eurocrisis -- far exceeds their actual share of the global economy.

Spain, for instance, both have voting shares similar in size to Brazil's, despite the fact that the Spanish economy is less than two-thirds of Brazil's. Of the 24 seats on the IMF's executive board, at least eight are held by European governments at any one time.

The reform is thus part of a larger movement to make the governance of major international institutions more representative by providing a stronger voice for middle-income countries, in particular.

The Obama administration has played a significant role in this effort, heralding it as the kind of governance reform of global institutions that is essential for the international system of the 21st century, as the legacies of imperialism and colonialism of the previous two centuries fade into history.
Administration officials have applied some of the same reasoning in response to Russia's de facto occupation of Crimea.

"You just don't in the 21st century behave in 19th century fashion by invading another country on (a) completely trumped up pretext," Kerry said earlier this month as the crisis unfolded.

But most Republican lawmakers have resisted Obama's version of 21st century global governance, particularly when it comes to the reform of international institutions like the IMF, preferring instead to maintain the status quo ante, even if it results in delays at a critical moment in desperately needed financial aid to Ukraine.

Two senators who voted against the bill in the Foreign Relations Committee, including two likely 2016 Republican presidential candidates, Rand Paul and Marco Rubio, noted that Russia's IMF quota would be increased – if only from 2.5 percent to 2.7 percent – if the reform took effect.

"This legislation is supposed to be about assisting Ukraine and punishing Russia, and the IMF measure completely undercuts both of these goals by giving Putin's Russia something it wants," Rubio argued. Paul noted that any loans provided to Ukraine would probably be used to repay Moscow for billions of dollars in debts it accumulated by importing Russian gas.
House Republicans have also objected to the reforms because they would double Washington's contribution quota to 63 billion dollars, although that amount would have no direct budgetary impact because it would be shifted from Washington's share of an emergency fund created by the IMF to cope with the 2008 financial crisis to the agency's general fund.

Republicans, however, counter that the U.S. won't be able to exercise as much influence over loans from the general fund and have expressed concern that some of the U.S. funding could be on the hook if European countries to which the IMF has lent many times their quota default.
But the Bretton Woods letter stressed that Washington's clout – both in financial and foreign-policy terms – in dealing with Ukraine and other hot spots would be enhanced by approval of the reforms, pointing out that when Russia went to war with George in 2008, the IMF helped prevent an economic collapse in Tbilisi, just as it supported Easter European countries after the fall of the Berlin Wall.

"An undeniable fact is that the IMF has been a vital tool in every administration's foreign policy arsenal since the Fund's inception," said the Committee's director, Randy Rodgers.
In another letter sent to Boehner earlier in the week by the Committee and the activist New Rules for Global Finance Coalition, nearly 200 policy experts, business and academic leaders, and former U.S. officials also called for passage of the IMF reform provisions.

In addition to the New Rules Coalition, officials from a number of anti-poverty groups that have been critical of IMF austerity programmes, such as Oxfam America, a dozen church groups, and Jubilee USA network, signed the letter, calling the quota reform a step toward greater democratisation of the Fund.

"We know we can't do anything additional in terms of governance reform until this passes," New Rules' director Jo Marie Griesgraber told IPS. "This begins to wear down the European over-representation …and enables Ukraine to double its quota."
Several Republicans on the Senate Foreign Relations Committee also deplored the failure of their House colleagues to support the bill.

The IMF "can provide stability at a time we need it," said Sen. Lindsey Graham, one of the most prominent anti-Moscow hawks in the Senate. Calling it a "strategic tool" for U.S. foreign policy, he said, "We would be short-sighted to not embrace this reform."

"You just don't in the 21st century behave in 19th century fashion by invading another country on (a) completely trumped up pretext," Kerry said earlier this month as the crisis unfolded.


WHAT A COMPLETE HYPOCRITE!!!! 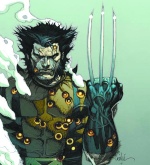