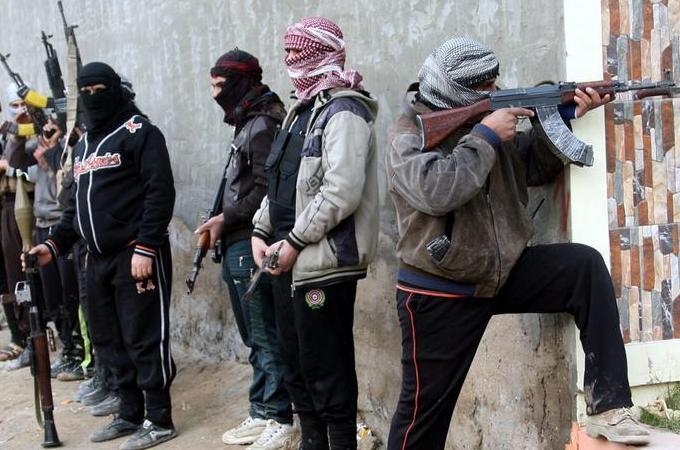 Iran has signed a deal to sell Iraq arms and ammunition worth $195m, according to documents seen by Reuters news agency - a move that would break a UN embargo on weapons sales by Iran.

The agreement was reached at the end of November, the documents showed, just weeks after Nouri al-Maliki, Iraq's prime minister, returned from Washington, where he lobbied the Obama administration for extra weapons to fight armed rebels.

The official documents seen by Reuters showed that six of eight contracts were signed with Iran's Defence Industries Organisation to supply Iraq with light and medium arms, mortar launchers, ammunition for tanks as well as artillery and mortars.

A final two contracts were agreed to with the state-owned Iran Electronic Industries for night vision goggles, communications equipment and mortar guiding devices.
One of the contracts includes equipment to protect against chemical agents.

The Obama administration pressed the Iraqi government on Monday to explain the media reports.

"We've certainly seen those reports. If true, this would raise serious concerns," Jen Psaki, State Department spokeswoman, said.
She said that "any transfer of arms from Iran to a third country is in direct violation" of the UN embargo.

"We are seeking clarification on this matter from the government of Iraq and to ensure that Iraqi officials understand the limits that international law places on arms trade with Iran," Psaki said.

Some in Washington are nervous about providing sensitive US military equipment to a country they worry is becoming too close to Iran. Several Iraqi legislators said Maliki had made the deal because he was fed up with delays to US arms deliveries.

Security troubles
A spokesman for Maliki would not confirm or deny the sale, but said such a deal would be understandable given Iraq's current security troubles.

"We are launching a war against terrorism and we want to win this war. Nothing prevents us from buying arms and ammunition from any party and it's only ammunition helping us to fight terrorists," Ali Mussawi, the spokesman, said.

Three Iraqi legislators, who said they had knowledge of the deals, argued they were due to Maliki's unhappiness with US response to his request to supply Iraq with arms and ammunition to fight armed groups.

The Iranian government denied any knowledge of a deal to sell arms to Iraq. It would be the first official arms deal between Shia Iran and Iraq's Shia-led government and highlight the growing bond between them in the two years since the departure of US troops from Iraq.

One US official, told of Reuters' findings, said such a deal could further complicate the US administration's approach to negotiating with Iran on easing international sanctions over its nuclear programme, which the West suspects is aimed at producing bombs. Iran says its aims are purely peaceful.

"If true, this would raise serious concerns," said the US official, who declined to be named. "Any transfer of arms from Iran to a third country is in direct violation of Iran's obligations under UNSCR 1747."

A UN diplomatic source close to the UN Security Council's Iran sanctions committee was aware of the arms deal and voiced concern about it, while declining to disclose details about those concerns. The source spoke to Reuters on condition of anonymity.


United States called on Tuesday, Iraq to what it called clarify the information that talked about signing a contract for the purchase of weapons from Tehran, as it promised to violate the international prohibition on Iran.

According to documents published on Tuesday that Iran and Iraq violated the international ban on sales of Tehran, through an arms deal worth 195 million dollars, according to the news agency Reuters in a story seen by "Twilight News".

The spokeswoman for the U.S. State Jennifer Sacchi in a press statement seen by "Twilight News", that "we saw certainly on this information, if true, it is of great concern," stating that "any transfer of weapons from Iran towards another country is a direct violation to UN Security Council Resolution No. 1747. "


She Sake "seek to obtain additional information from the Iraqi government on this matter to be confident that Iraqi officials understand well the border drawn by international law in terms of the arms trade with Iran,"


Mrdfah "promise Iraq a partner in the fight against terrorism and we are committed to supporting this battle and remind We provided us with the security forces and the Iraqi army with equipment more than 15 billion dollars. "

It is noted that at the beginning of January last year, announced Assistant Chief of Staff of the Iranian Armed Forces Mohammad Hejazi, his country’s readiness to provide military equipment and "tips" to Iraq to help in addressing the "base."


And Washington expressed its willingness to help turn Iraq at this level and has committed to accelerate the delivery of Baghdad Hellfire missiles and aircraft type unmanned reconnaissance.
http://www.shafaaq.com/sh2/index.php…-06-40-56.html
*****************
Tweet

I have lots of compassion for the US personal who have to negotiate with these people. You know they will lie and try to deceive you even when your trying to help them.
*****************
Wealth is what you have when all your money is gone!!!